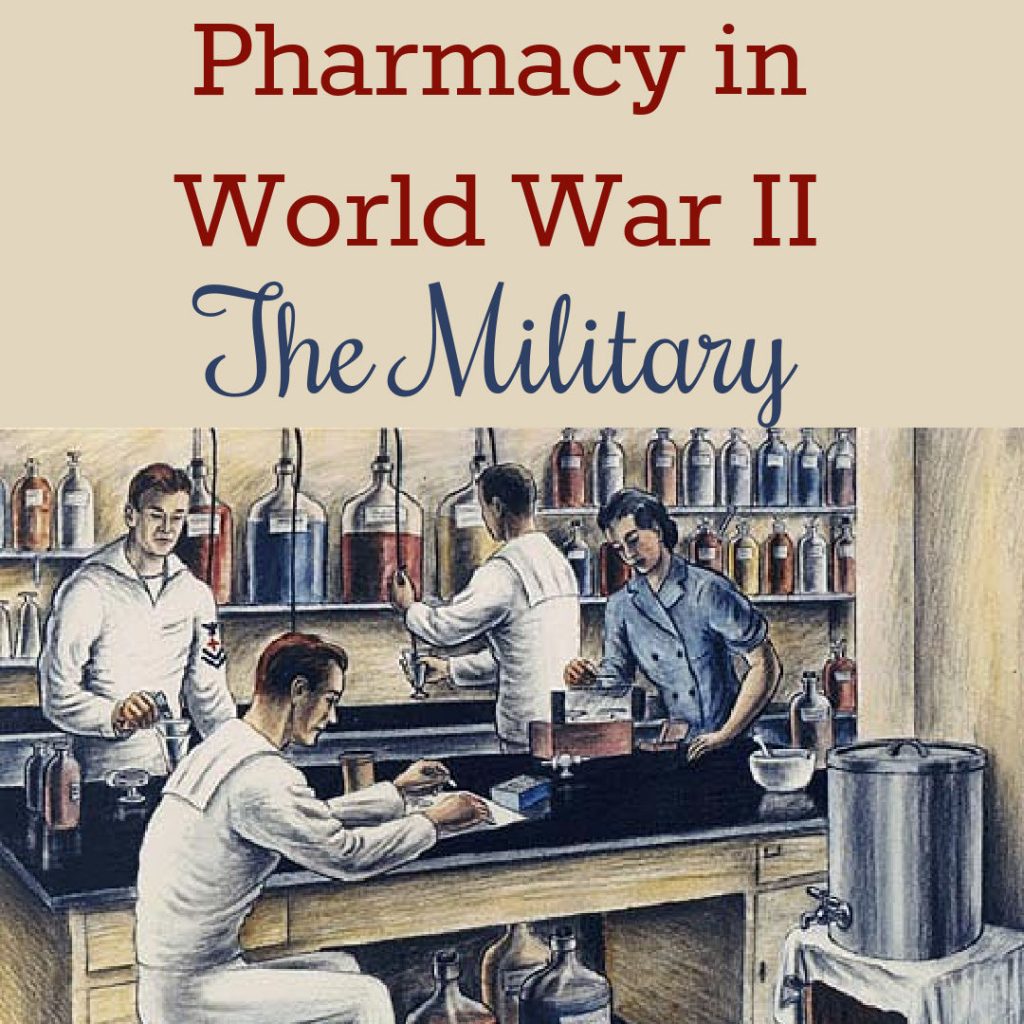 Much about my profession has changed, but some things have not—the personal concern for patients, the difficult balance between health care and business, and the struggle to gain respect in the physician-dominated health-care world. First we looked at the role of the pharmacist in the 1940s, then we took a visit to the local drugstore and saw how its role changed during the war, and today I’ll review the rather shocking role—or lack thereof—of pharmacy and pharmacists in the US military. 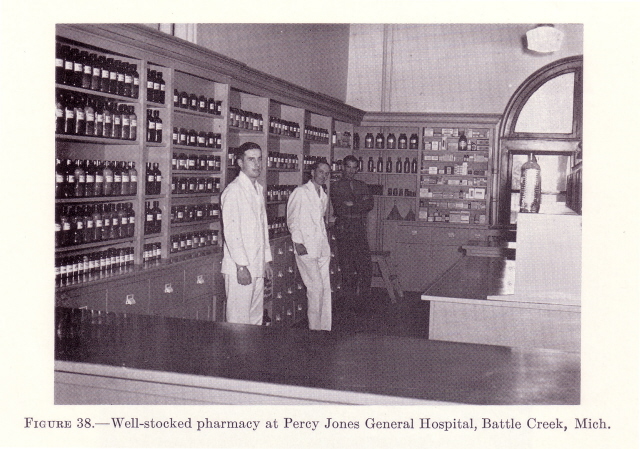 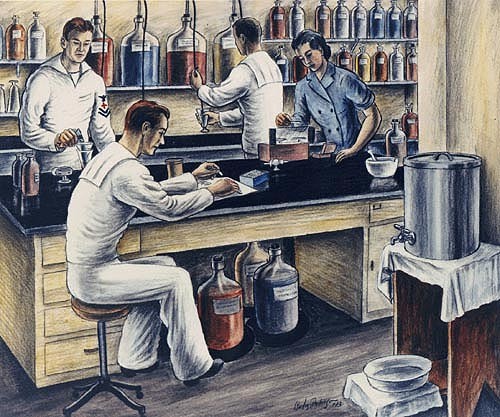 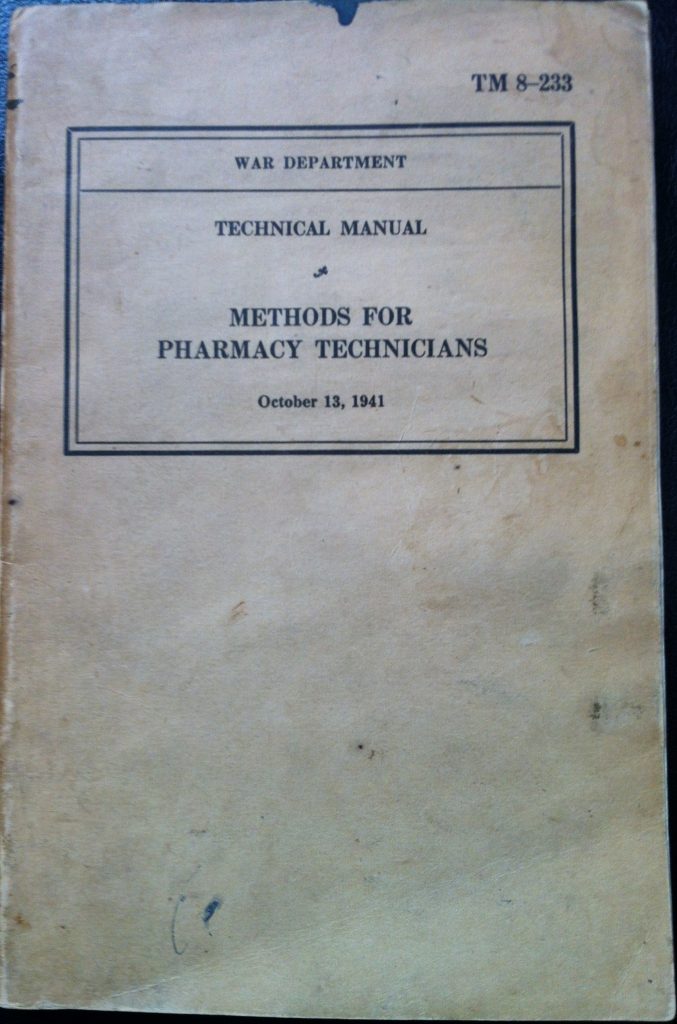 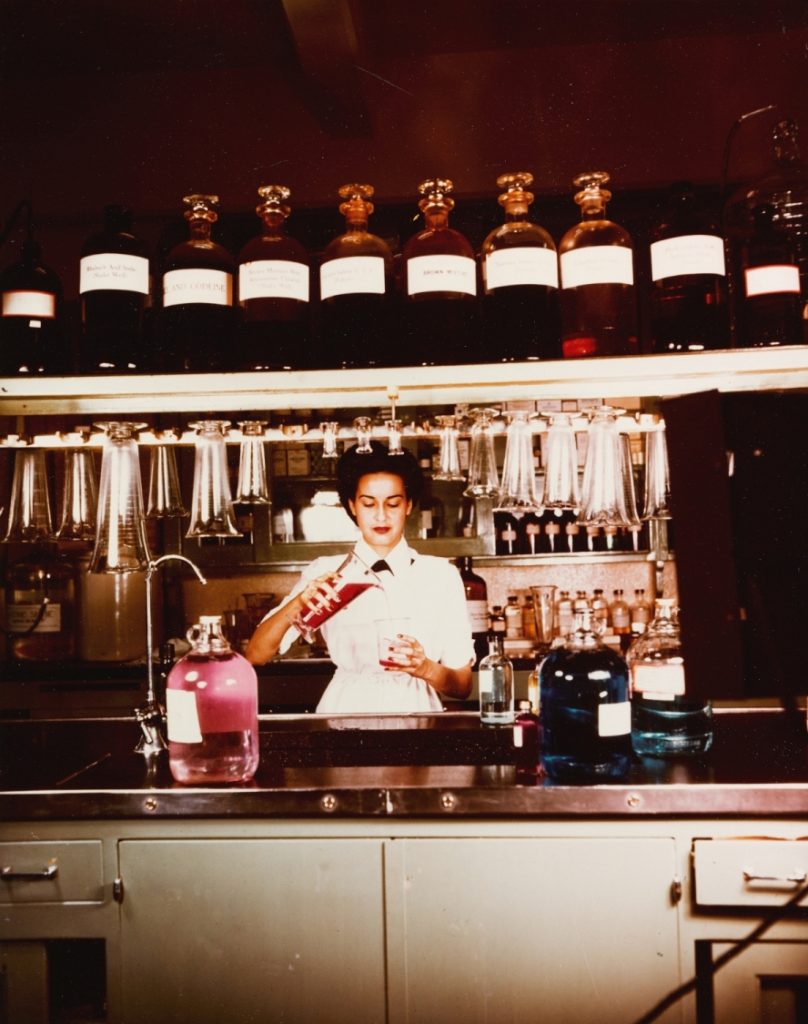 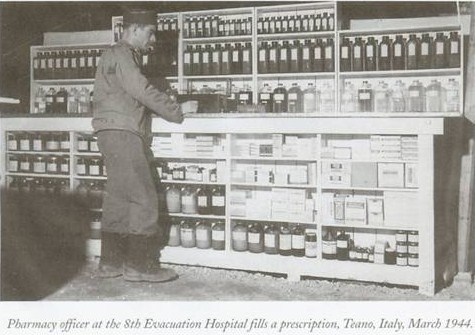 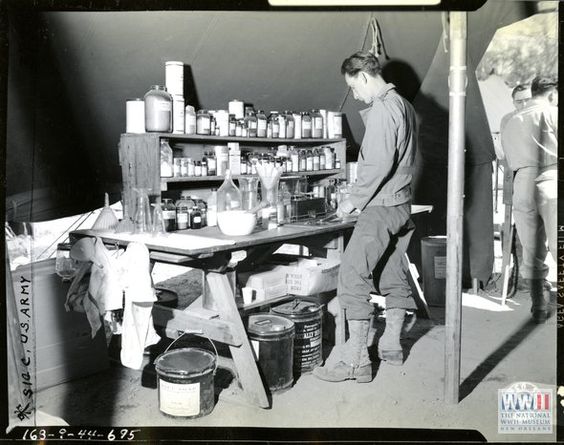 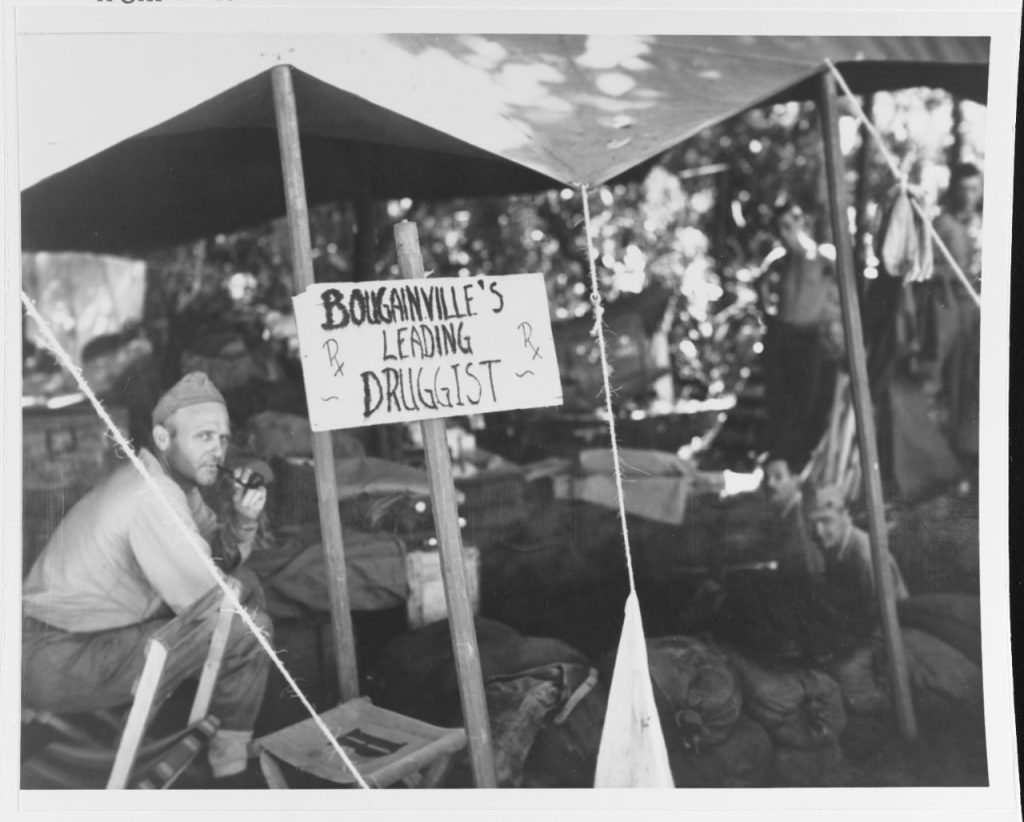 An enterprising Navy Pharmacist’s Mate sets up his operation under a tent at Cape Torokina, Bougainville, circa 1-9 November 1943, soon after the initial landings there (US National Archives: 80-G-56402)

2 responses to “Pharmacy in World War II: The Military”