The American Experience in 1930s Germany

If you or I visited Nazi Germany in the 1930s, we know exactly how we’d react. We’d be appalled by the persecution of the Jews. We’d feel the oppression of living under a police state. We’d see the rising danger of Hitler and his militarism. 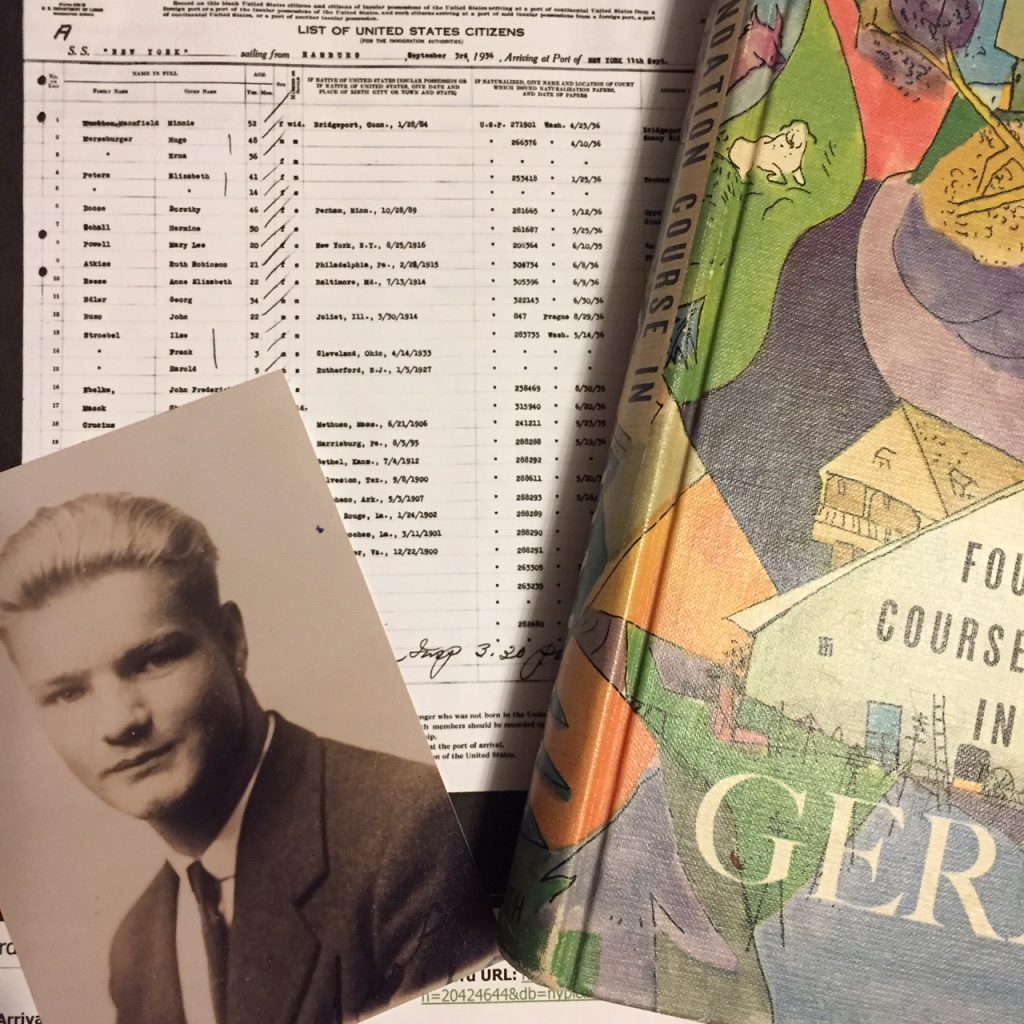 My grandfather, John F. Ebelke, the textbook he co-wrote, and the record of his voyage from Hamburg to New York in 1936.

A few years ago, we visited Ellis Island, and I put family names into their computer. I found the records of my grandfather’s trip home from Hamburg, Germany, after his junior year abroad in Munich. In 1936.

I knew he’d studied in Germany – he was a professor of German – but I’d never realized he’s studied in Hitler’s Germany! That sparked a question that inspired When Twilight Breaks – what was it like for Americans living in Nazi Germany? 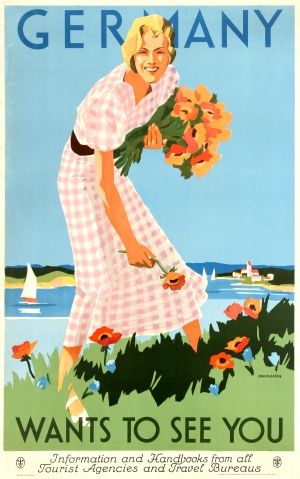 And yes, thousands of Americans and British lived in Germany before WWII, and in 1937 alone, almost 500,000 Americans visited Germany. As tensions rose, Americans began heading home, especially after Hitler invaded Poland in September 1939. By December 11, 1941, when Germany declared war on the United States, 132 American diplomats and foreign correspondents remained and were interned in a hotel until they were repatriated in May 1942.

As for those Americans in Germany in the 1930s? They were diplomats and foreign correspondents and businessmen. They were students and writers and tourists. And they were divided. This was during the Great Depression, a time of massive unemployment, upheaval, riots, strikes, and instability worldwide. It was a time of great extremism and division in the United States. 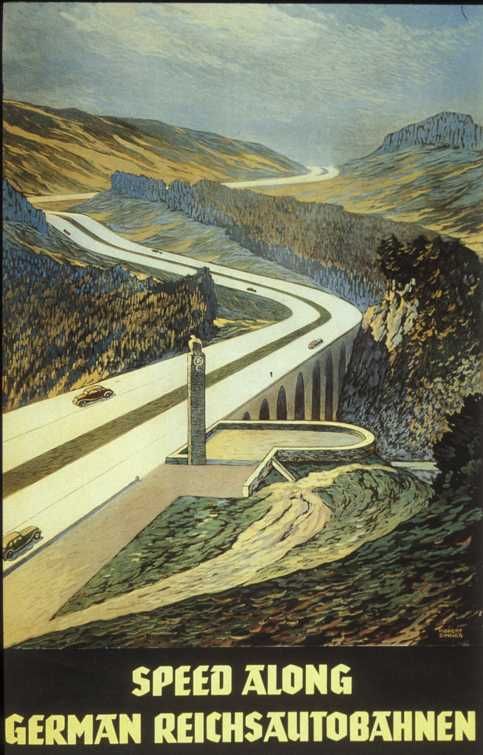 Some Americans in Germany saw the uniforms and parades as sinister militarism, marching toward war. But others saw renewed national pride and appreciated Germany keeping the threat of Soviet Bolshevism at bay.

Some saw censorship and loss of freedom of speech. Others saw an orderly society where dangerous elements weren’t allowed to disrupt life for law-abiding citizens.

Some were appalled at the antisemitic laws slowly pushing Jews out of all forms of employment and public life. Others saw it as an internal matter – or harbored antisemitic attitudes themselves.

Some felt the oppression of the Gestapo always watching. Others saw full employment, clean streets, and construction of new buildings, museums, and the famous Autobahn.

Some felt the pressure to tell the folks back home of the dangers of Nazism. Others believed the negative reports in US newspapers were sensationalism designed to pull America into yet another unwanted war.

So how would we have reacted? Something to ponder. And in When Twilight Breaks, I was able to explore these attitudes through daring foreign correspondent Evelyn Brand and dashing graduate student Peter Lang.

If you’re interested, you can order When Twilight Breaks at your local bookstore or on Amazon, Barnes & Noble, or ChristianBook.com!

39 responses to “The American Experience in 1930s Germany”