The London Restoration by Rachel McMillan 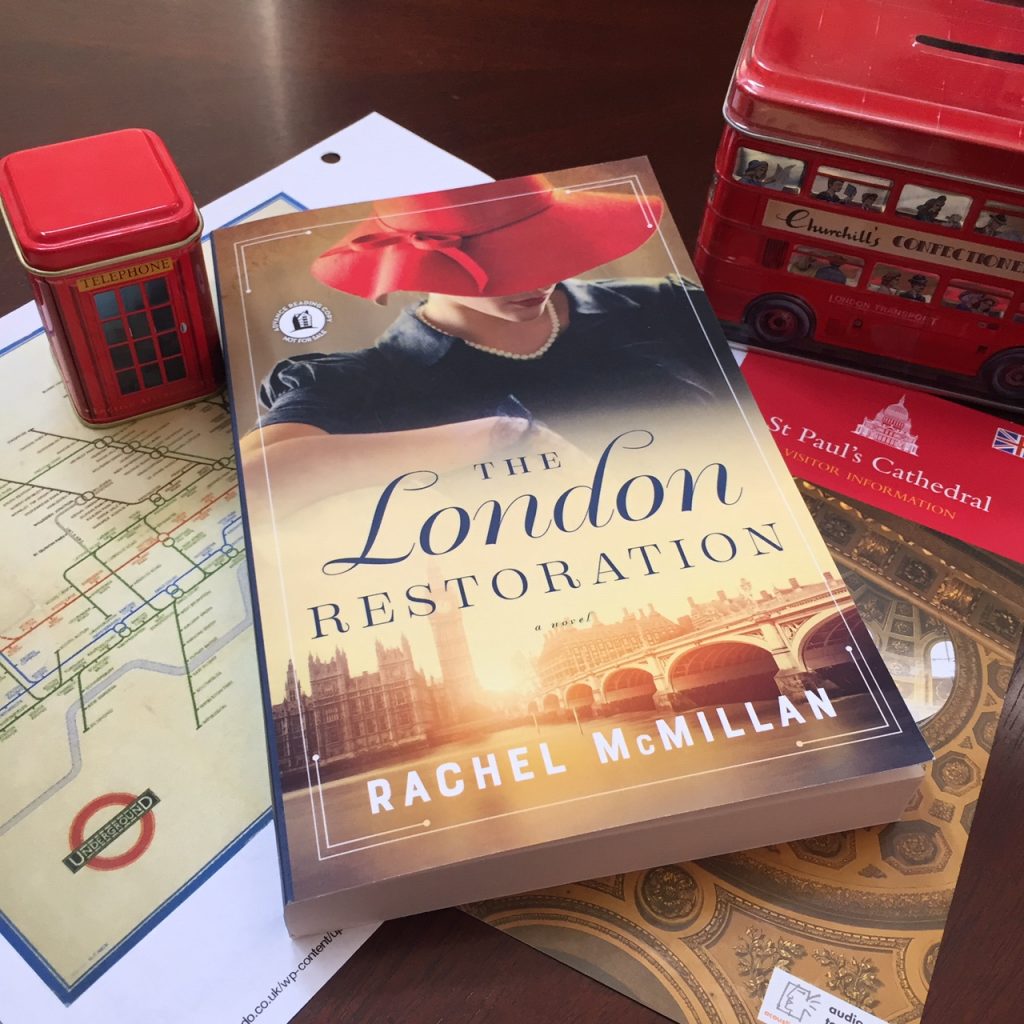 World War II may be over, but for Brent and Diana Somerville, the journey is just beginning. Newlyweds when Brent was sent to be a medic in the British Army, now they have to learn each other all over again. And both are carrying secrets.

During the war, Diana broke codes at Bletchley Park, a top-secret job she can’t even tell her own husband about. And Simon Barre, Diana’s colleague at Bletchley, now with MI6, is investigating a Soviet spy ring somehow connected to the great Christopher Wren churches in London. Since Diana is an expert in these churches, she’s drawn into Simon’s investigation, even as she’s working to restore the bomb-damaged structures.

Brent is trying to return to his work as a theology professor at London’s Kings College, but nightmares plague him. And his beloved wife is keeping something from him. And mysterious things happen whenever they visit a church.

Switching back and forth from Brent and Diana’s wartime stories to their postwar experience, The London Restoration tells of the restoration of churches, lives, and a marriage, all broken by war. Rachel McMillan lovingly describes London’s architecture in ways that will delight any Anglophile. And we receive the gift of two love stories, both featuring Brent and Diana – when they first meet, and later as these people, forever altered by war, find each other again. Romantic, beautiful, and suspenseful. Pour a cup of tea and prepare for a treat.

6 responses to “The London Restoration by Rachel McMillan”