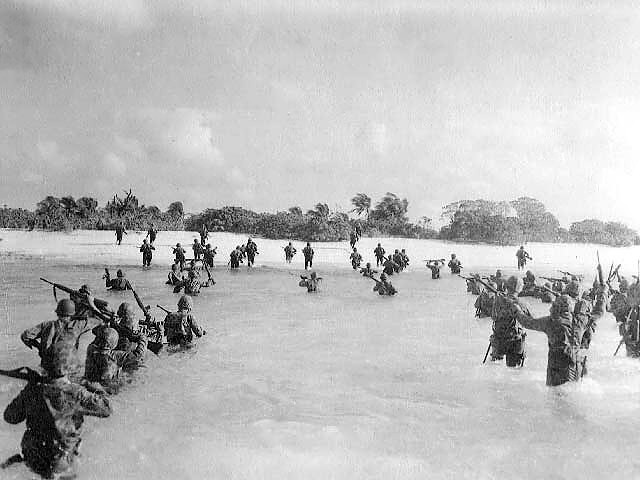 US Marines landing on Eniwetok, 17 February 1944 (US Marine Corps Photo) 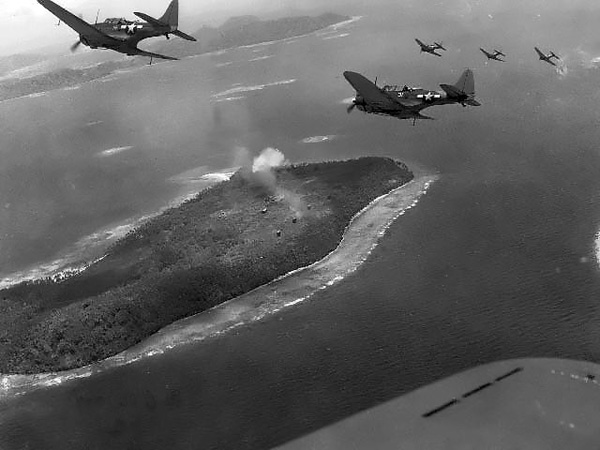 US Navy carriers strike Japanese base at Truk in the Pacific, sinking 37 ships, shooting down 121 Japanese fighter planes (the highest one-day total in the Pacific war to date), and destroying 150 Japanese planes on the ground.