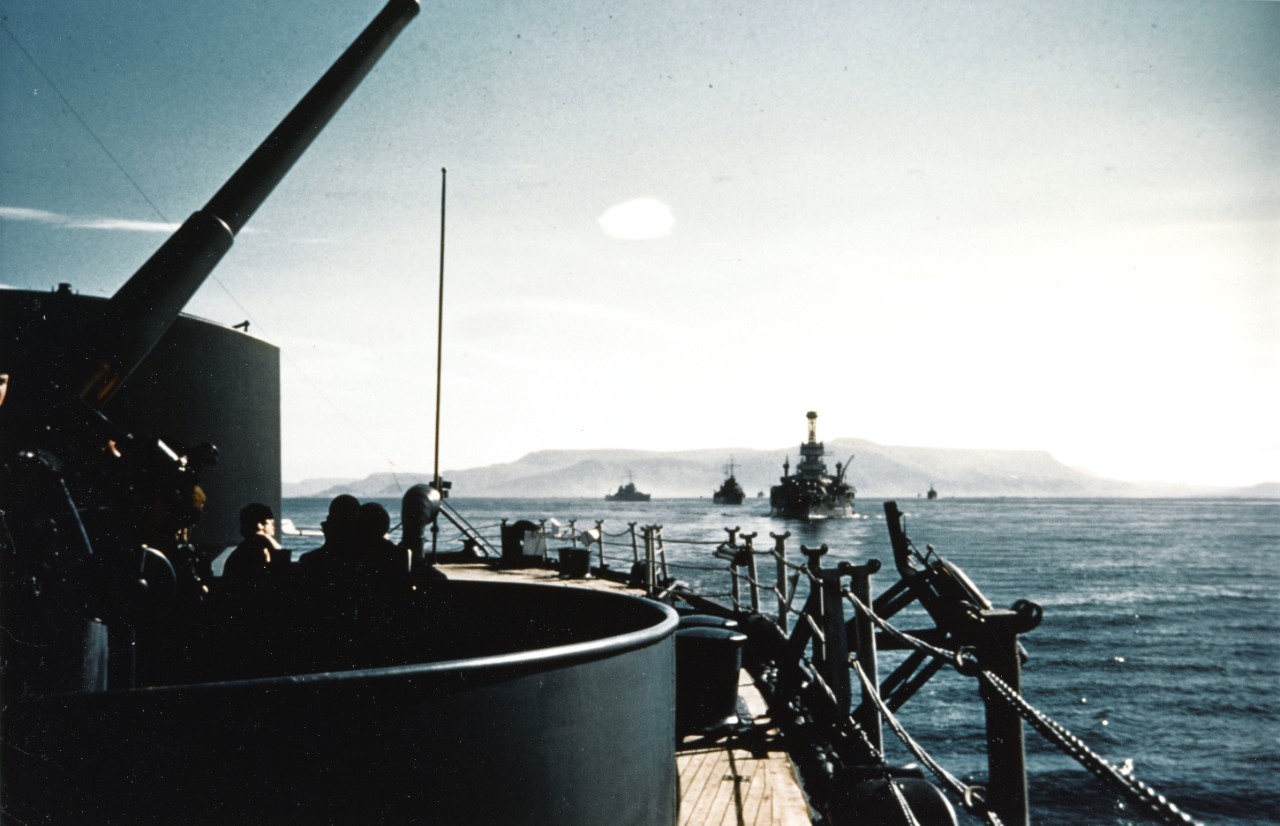 View from battleship USS New York with USS Arkansas and cruisers USS Brooklyn and Nashville as they leave Reykjavik, Iceland, after escorting the US Marine landing force, 12 Jul 1941 (US Navy photo: 80-G-K-5919)

As American fleet enters Reykjavik harbor, Iceland agrees to allow US occupation under pressure from Britain.