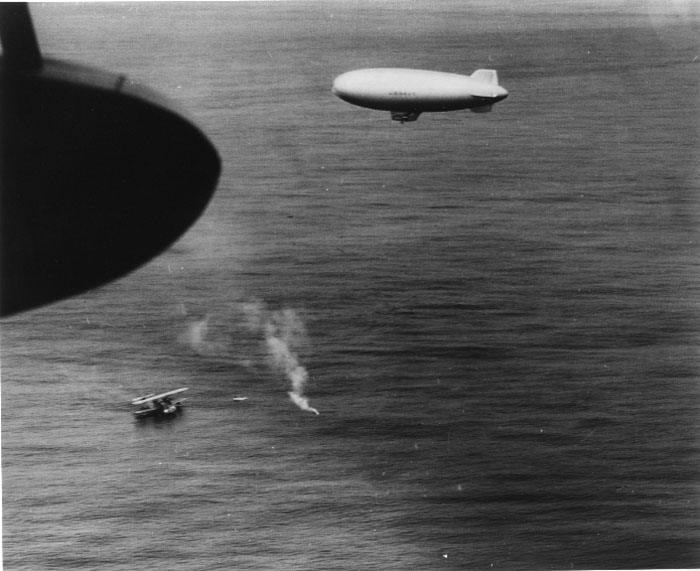 US Coast Guard PH-2 seaplane lands to rescue survivors from U-701 – Navy K-type airship overhead had located survivors and dropped raft and supplies. An Army A-29 had sunk U-701 on 7 July 1942 off Wilmington, NC. This rescue took place on 9 July 1942. (US Navy photo)

US Army Air Force sinks its first submarine off the US East Coast—an A-29 Hudson sinks U-701 off Wilmington, NC.