Of Terns and Planes 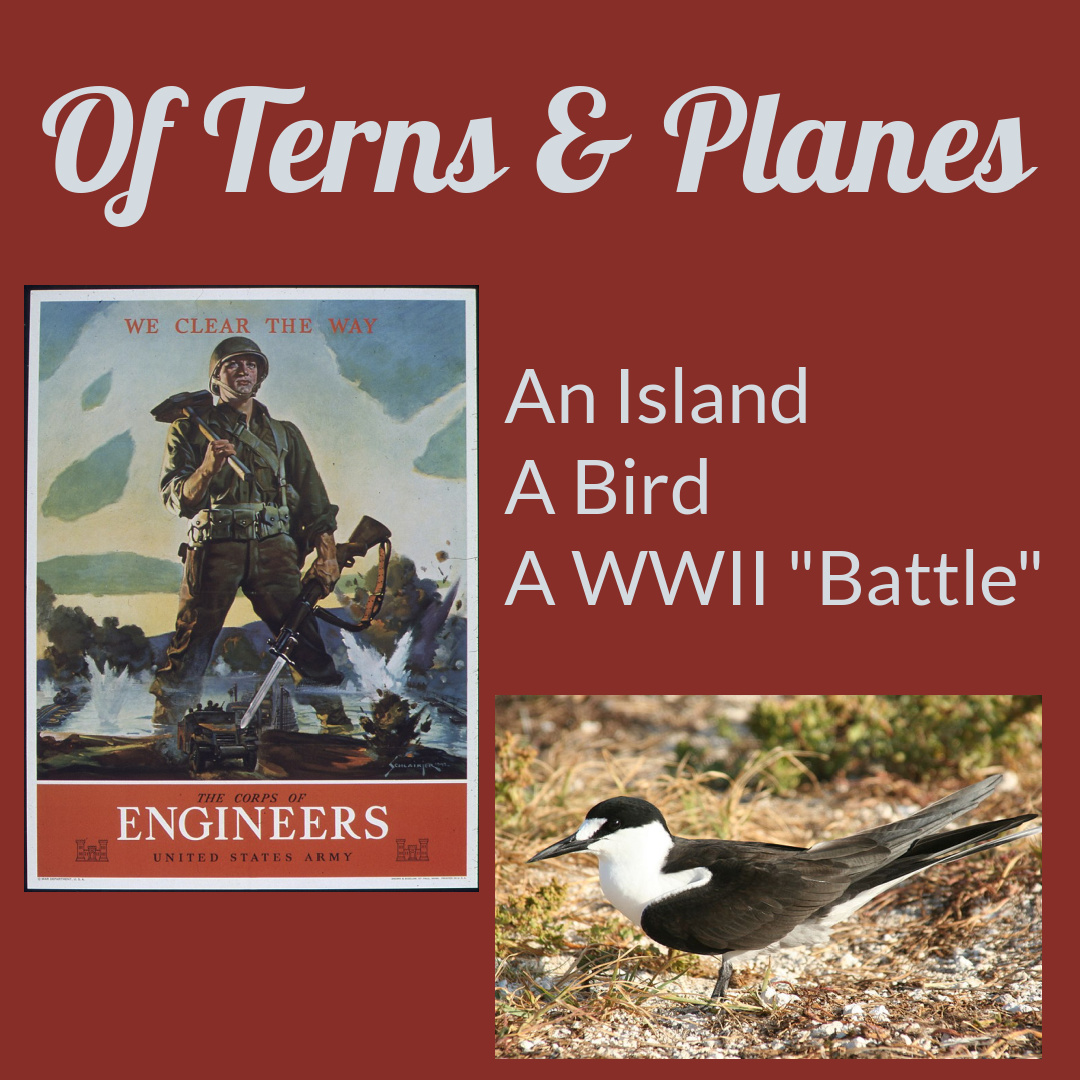 In July 1942, the armies of democracy battled the armies of totalitarianism, but a smaller battle raged between US Army Engineers and a little bird called the sooty tern.

While researching the Army engineers for my novel With Every Letter (Revell, 2012), I ran into an intriguing little story in Barry Fowle’s Builders and Fighters: US Army Engineers in World War II (Fort Belvoir VA: Office of History, US Army Corps of Engineers, 1992). 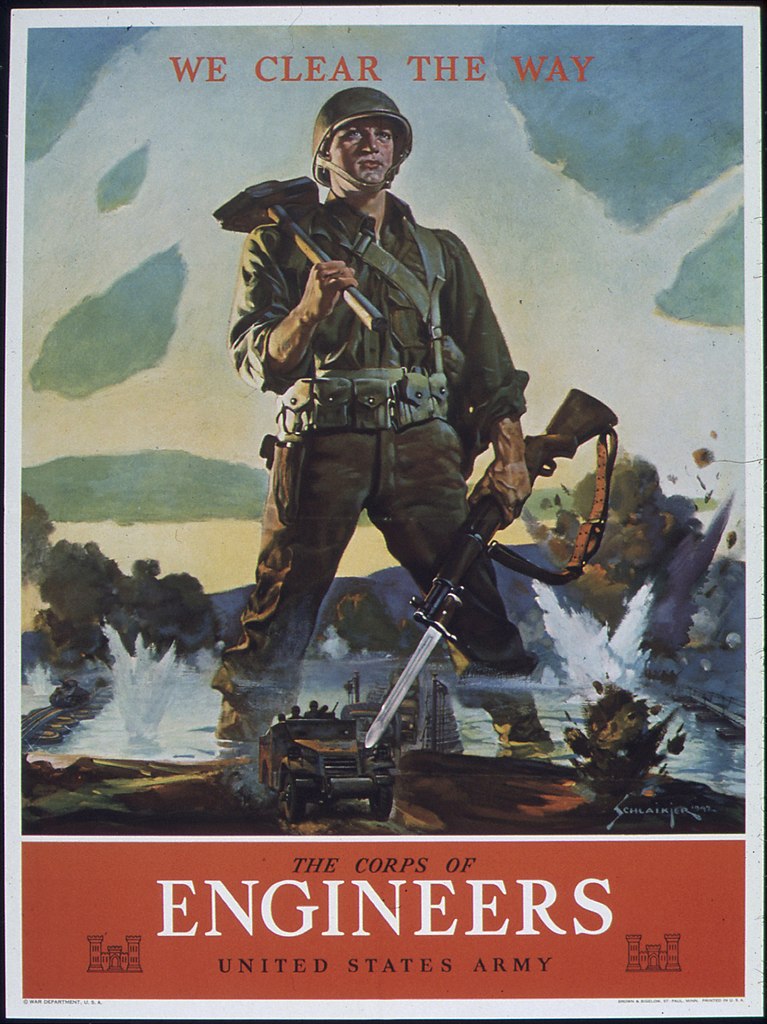 Poster for the US Army Corps of Engineers, WWII

The United States and its “arsenal of democracy” cranked out thousands of fighter planes, bombers, and cargo planes for Allied forces fighting in Britain, North Africa, the Middle East, and the Pacific.

Transporting those planes over the Atlantic and Pacific Oceans was a serious problem as the Germans and Japanese expanded their territories. The trans-Atlantic air routes traversed Newfoundland, Greenland, and Iceland, but these routes were hazardous in winter months. A southern route was greatly desired. 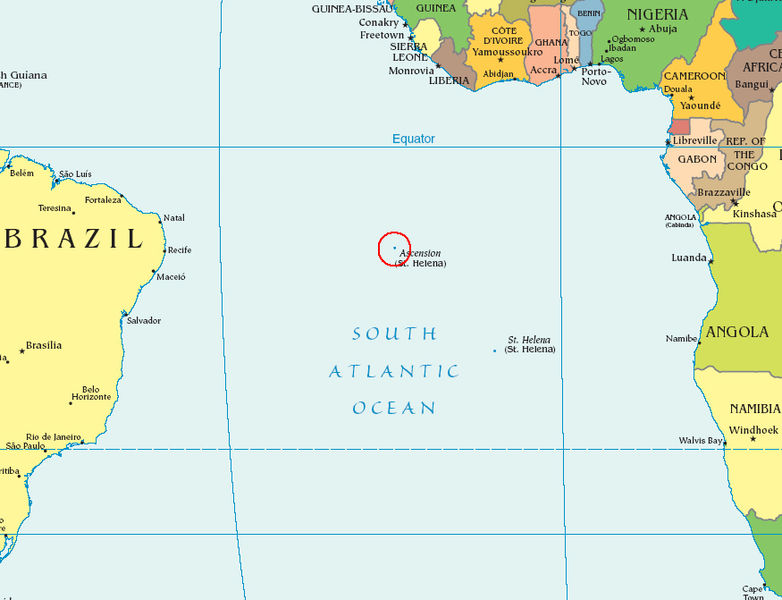 Conveniently located about halfway between South America and Africa, the British territory of Ascension Island offered an alternative. This little 34-square-mile volcanic island has no natural harbor, but does have flat areas ideal for airfields.

In February 1942, the 38th Combat Engineer Battalion of the US Army Corps of Engineers arrived to build Wideawake Field, named for native sooty terns, also called “wideawakes” for their sleep-disturbing calls.

The engineers began building a 6000-foot runway in April 1942. On June 15, two British Fairey Swordfish made an emergency landing on the unfinished airstrip, dodging gunfire until they were identified as Allies.

On July 7, 1942, Wideawake Field officially opened, allowing a better route for single- and two-engine aircraft across the Atlantic. When Brazil declared war on the Axis in August 1942, opening crucial air bases to Allied planes, this route carried large quantities of planes to the front. 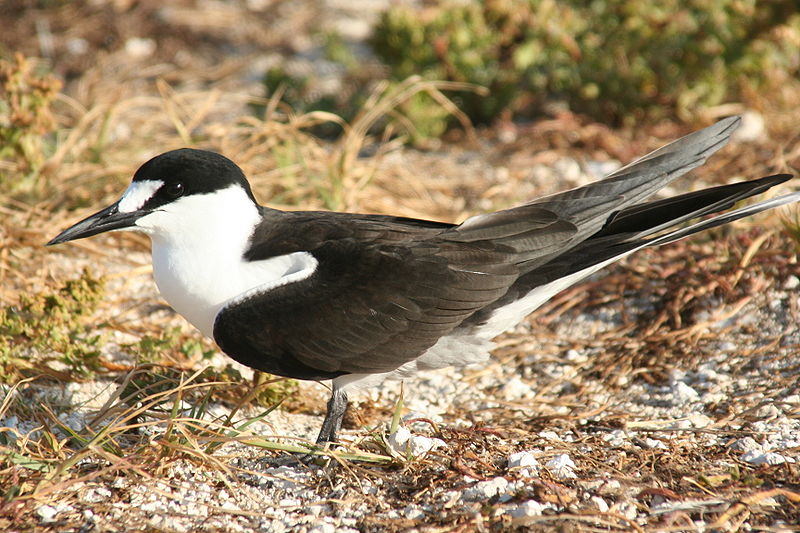 However, a large rookery of sooty terns lay at the end of the runway. Takeoffs and landings flushed out clouds of birds, and birds and planes don’t mix. Smoke candles and dynamite blasts failed to convince the terns to relocate to other areas of the island. A planeload of cats was brought in. Sadly, as the author writes in Builders and Fighters, “strong-beaked booby birds on the island…found the cats an appetizing treat.”

Following the advice of ornithologist James Chapin of the American Museum of Natural History, the engineers destroyed 40,000 eggs. The terns wisely relocated to a no-fly zone of the island. The engineers, displaying the resourcefulness and ingenuity of their profession, found the tern’s guano made good bricks for constructing base housing.

Wideawake Field became a vital airfield during World War II. Over 25,000 aircraft stopped at Wideawake while crossing the Atlantic. In addition, aircraft based at Wideawake played an important role in helping drive German U-boats from the South Atlantic.

One response to “Of Terns and Planes”