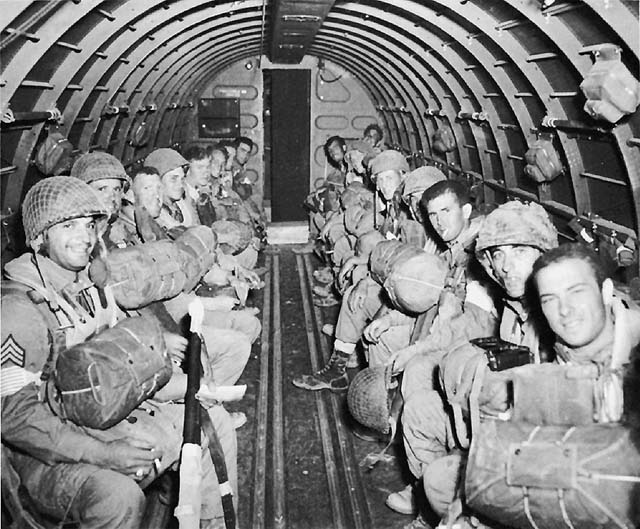 Paratroopers of the US 82nd Airborne Division on a C-47 bound for Sicily, July 1943 (US Army Center of Military History)

75 Years Ago—July 9, 1943: Opening the invasion of Sicily before midnight, British troops land in gliders near Syracuse and paratroopers of US 82nd Airborne Division land near Gela.