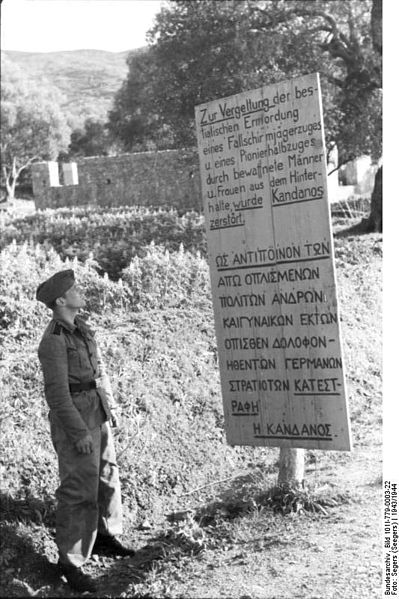 Sign erected by the Germans at Kandanos, Crete, which reads: “Kandanos was destroyed in retaliation for the bestial ambush murder of a paratrooper platoon and a half-platoon of military engineers by armed men and women.” (German Federal Archive: Bild 101I-779-0003-22)