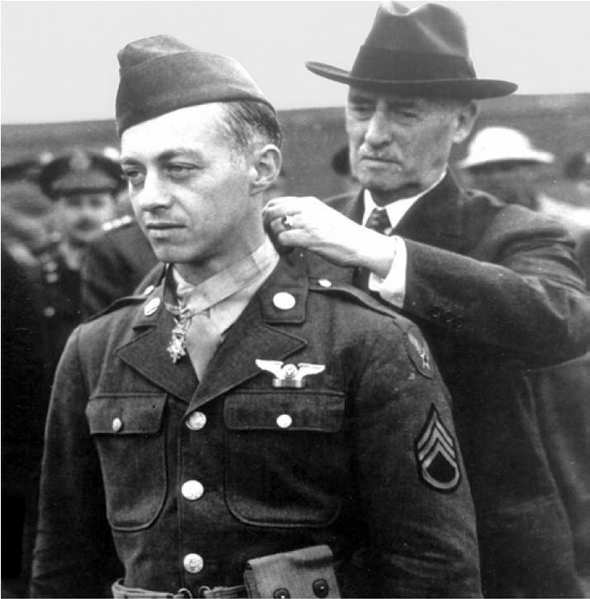 75 Years Ago—May 1, 1943: On his first mission with the 306th Bomb Group, gunner Staff Sgt. Maynard “Snuffy” Smith puts out a fire in his B-17, aids wounded gunners, and mans his gun—his actions earn him the Medal of Honor.