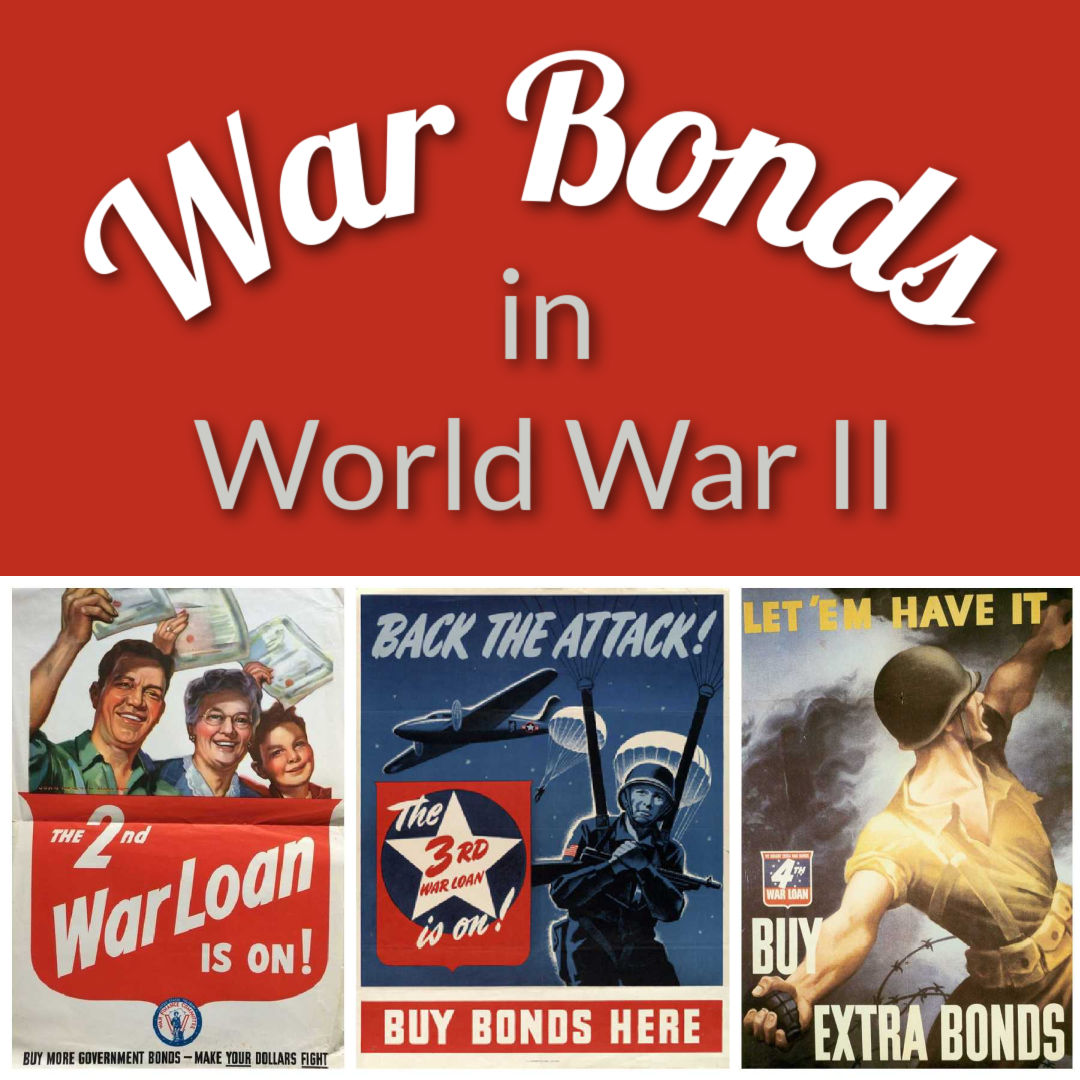 Taxes were increased with an additional 5 percent Victory Tax. To assure payment, on June 10, 1943 the government approved the first automatic deduction of taxes from paychecks. But more was needed, and the government turned to bonds, which had been effective in World War I.

War bonds were sold at 75 percent of face value (a $25 bond sold for $18.75) and matured over ten years. While the rate of return was below market value, bonds were a stable investment with the bonus of aiding the war effort. Channeling cash into bond purchases helped prevent inflation in the robust wartime economy as well.

How Bonds Were Purchased 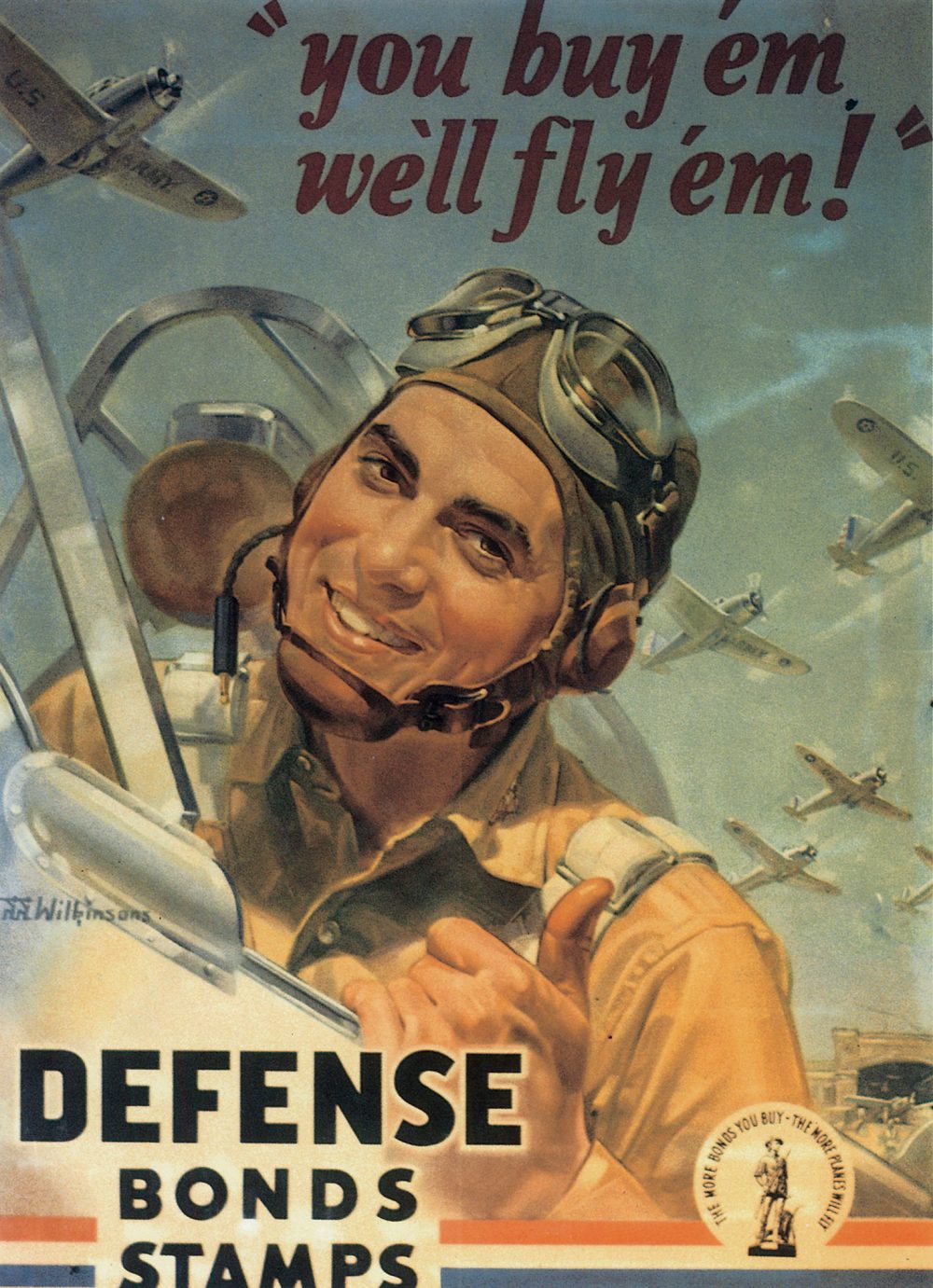 Defense Bonds first went on the market on May 1, 1941, and they were renamed War Bonds after the US entered the war in December 1941. Bonds were available in denominations of $25 through $1000, designed to be affordable for everyone. For 10 cents, people could also purchase stamps, which were placed in special albums. When full, the albums were redeemed for a bond. War stamps were especially popular with children. 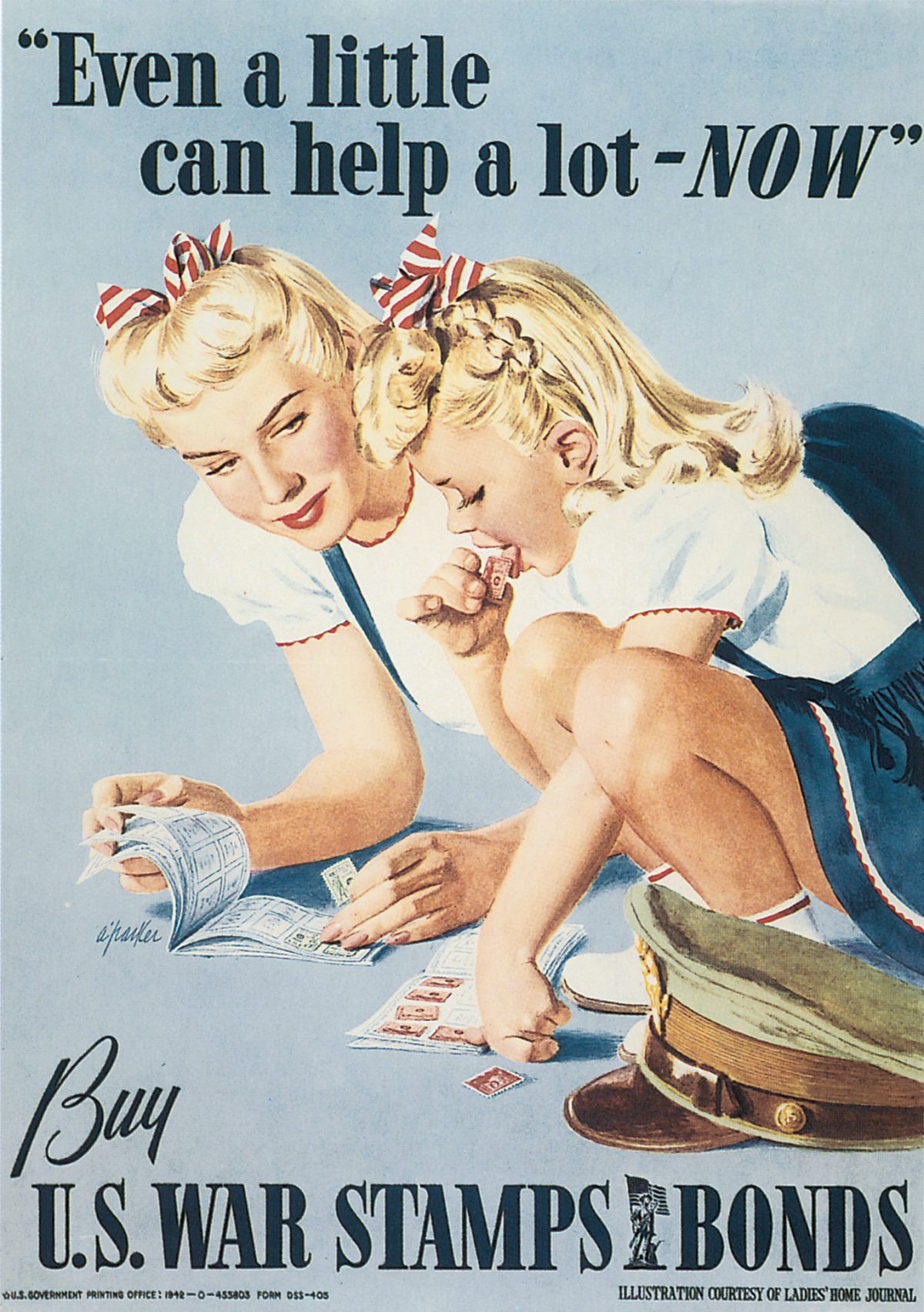 Employers set up automatic payroll deduction systems, so employees could set aside a certain amount for War Bonds with each paycheck. 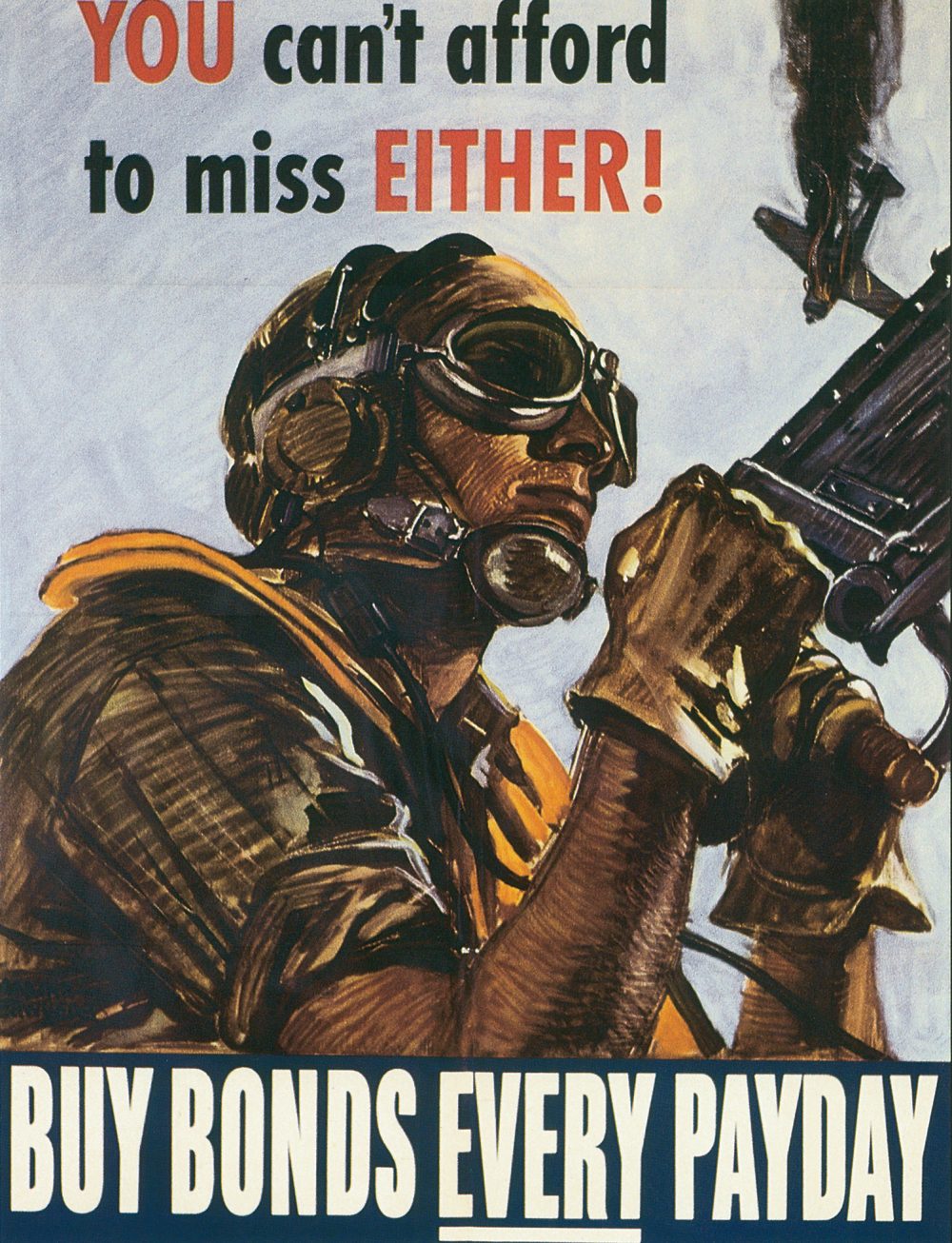 A robust advertising campaign, rallies and other promotions, and a series of War Loan Drives brought in even more needed money.

As part of the war effort, many newspapers, magazines, and radio stations donated advertising space and time. Posters sprang up in store fronts. Even comic books got in the act as superheroes promoted bond sales. Popular songs also encouraged sales, such as Bing Crosby’s recording of “The Road to Victory” for the Sixth War Loan Drive. 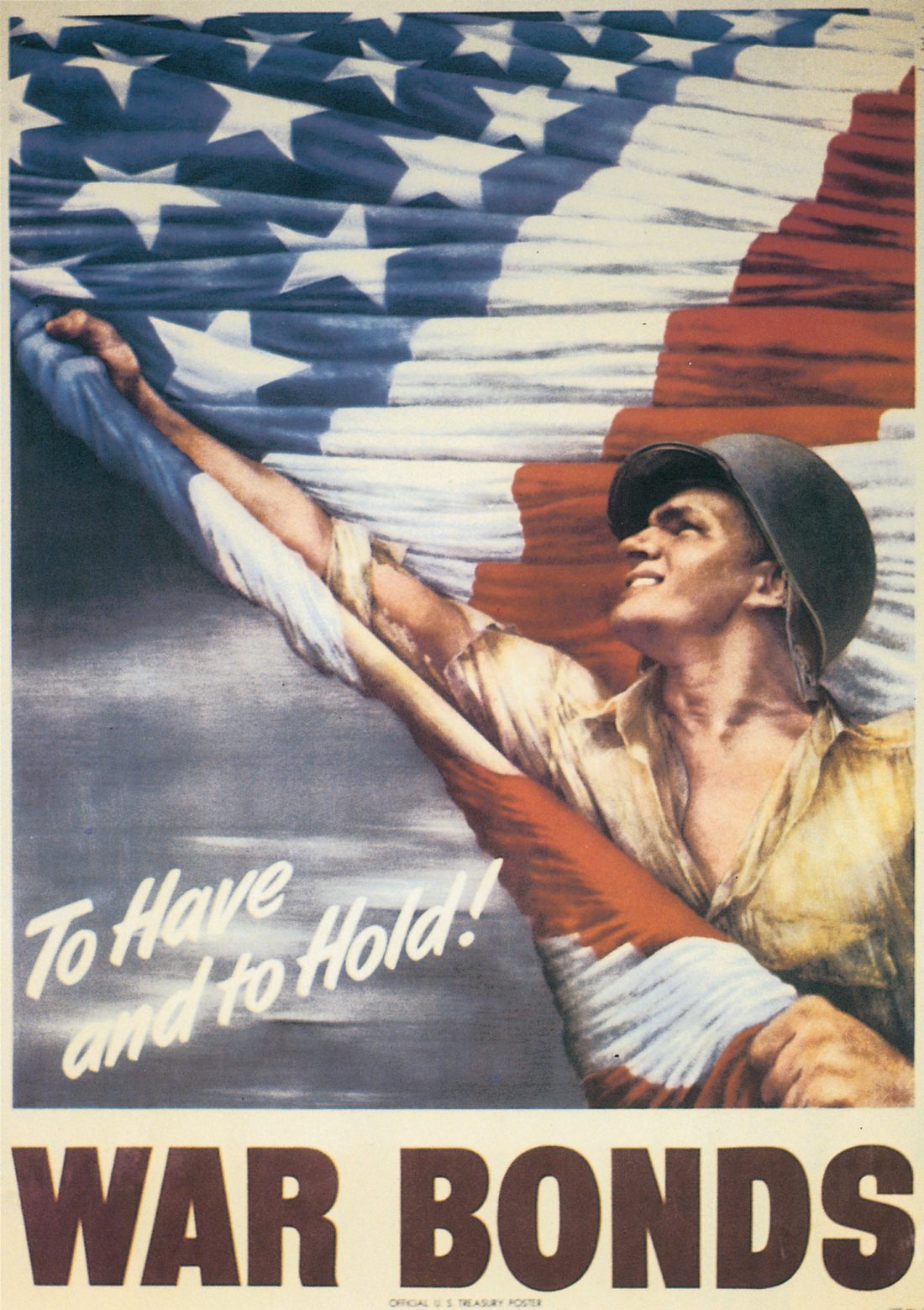 Eight War Loan Drives were conducted in the US. Each was meant to raise an additional $9-$15 billion in sales. Towns received quotas, with the aim of promoting competition between towns. Volunteers went door-to-door, pleading for sales and rewarding purchasers with stickers to display on their window or door. The drives were conducted on the following dates: 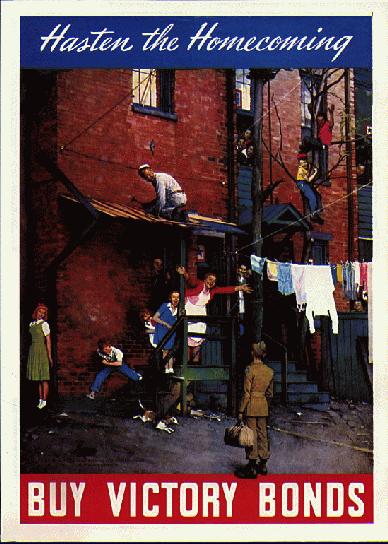 The patriotism and personal sacrifice of the average citizen played a significant part in the Allied war effort. 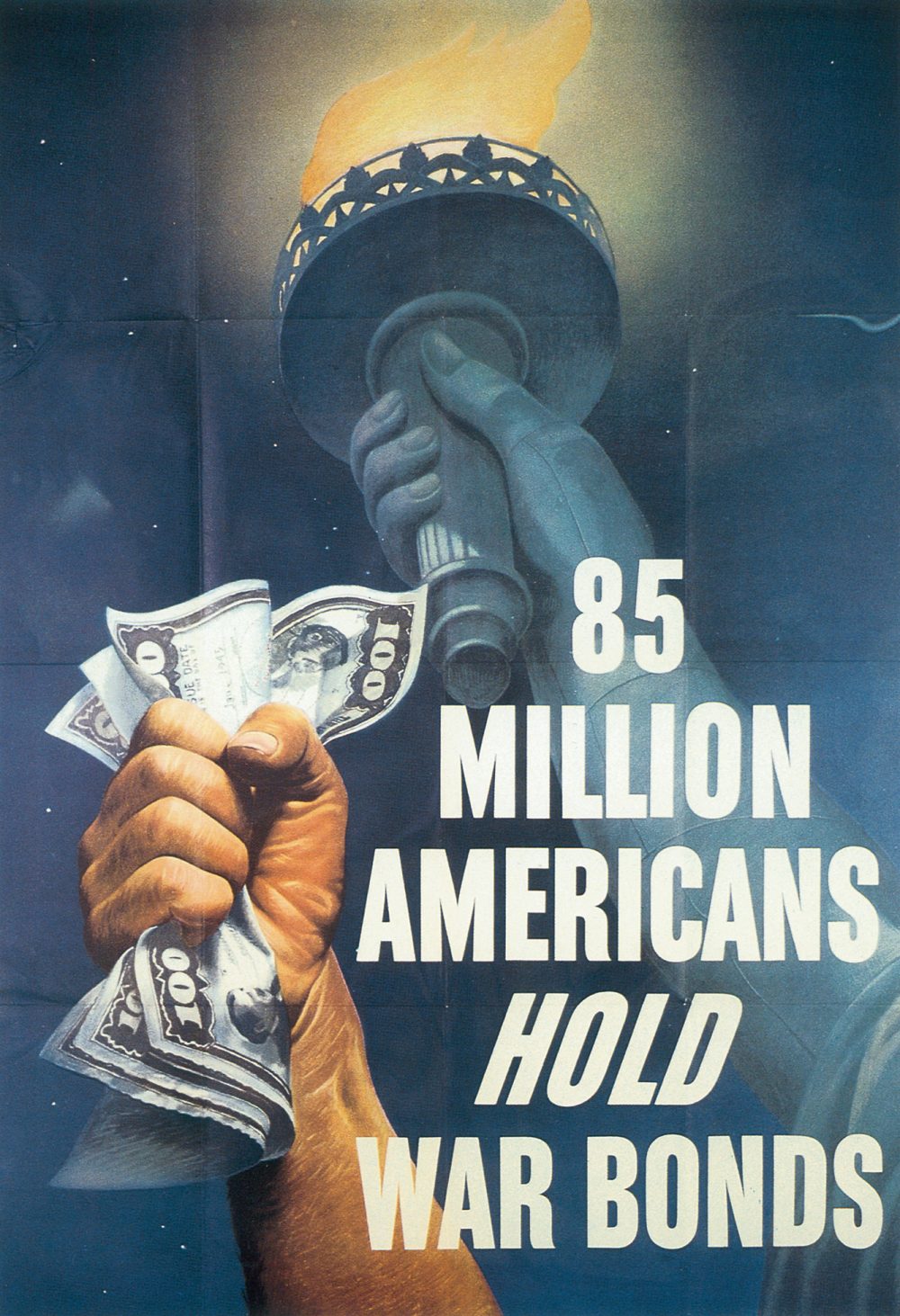