Veiled in Smoke by Jocelyn Green 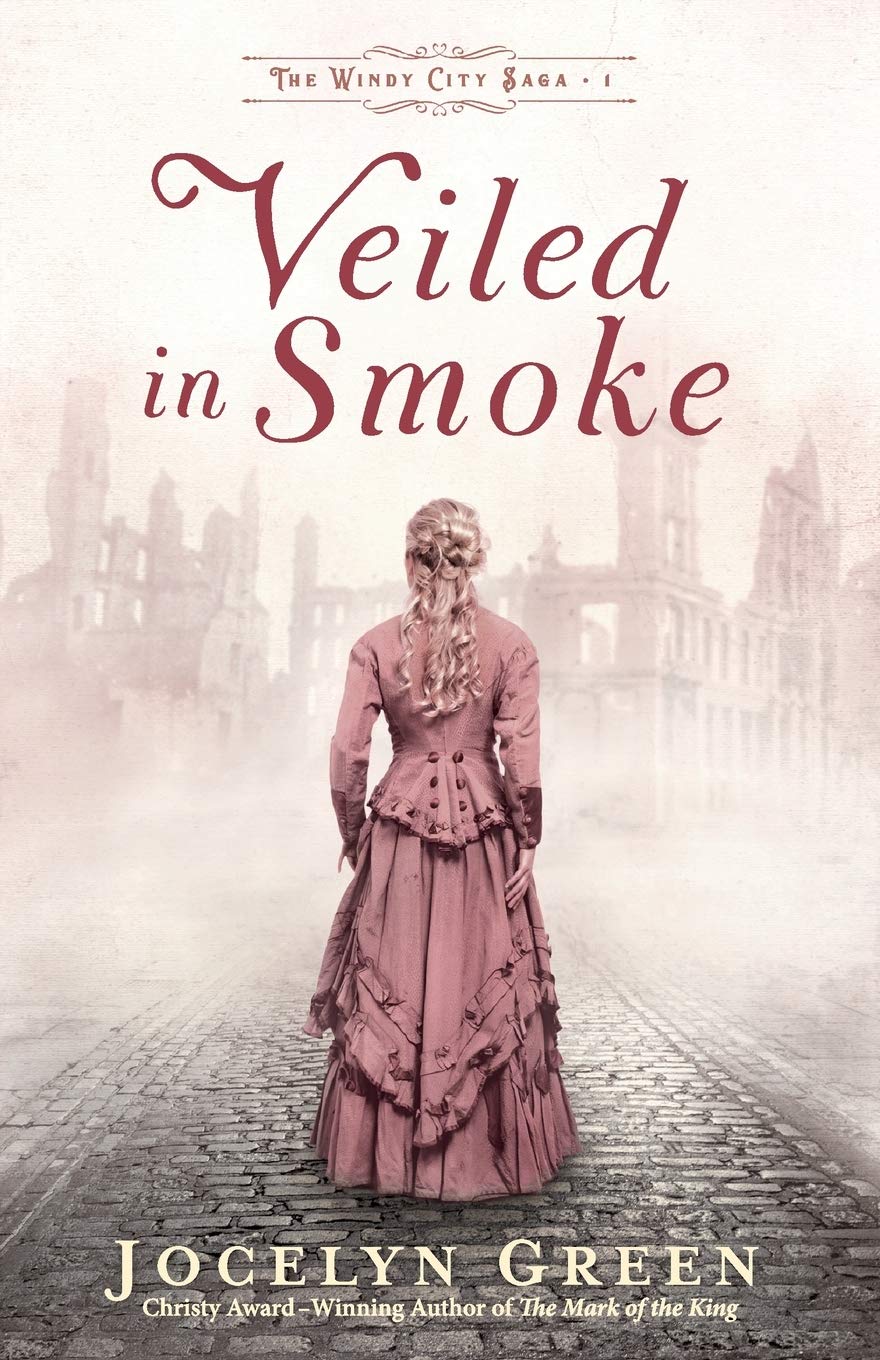 Sisters Meg and Sylvie Townsend would be perfectly happy running the family bookstore in Chicago if only their father were his old self. Stephen Townsend came home from the Civil War a changed man, forever pacing the roof and creating a mock-up of the Andersonville prison camp. Meg does what she can to make him happy.

When the Great Fire of Chicago strikes, Meg and Sylvie just manage to escape the flames with the help of reporter Nate Pierce – but they’re separated from Stephen. After the smoke clears, a family friend is found murdered, and Stephen is charged with the crime – and sent to the insane asylum. If Meg and Nate can’t find the real murderer, Stephen will be lost to them forever.

Rich in historical detail, Veiled in Smoke casts light on a significant event and also on “soldier’s heart,” what we now know as PTSD. Meg and Sylvie are appealing heroines, as they struggle with their father’s condition and with their losses from the fire, each in her own way. Both sisters have to confront errors in thinking that have created a wedge between them, and their journey is realistic and touching. Once again, Jocelyn Green has penned a must-read novel.

One response to “Veiled in Smoke by Jocelyn Green”