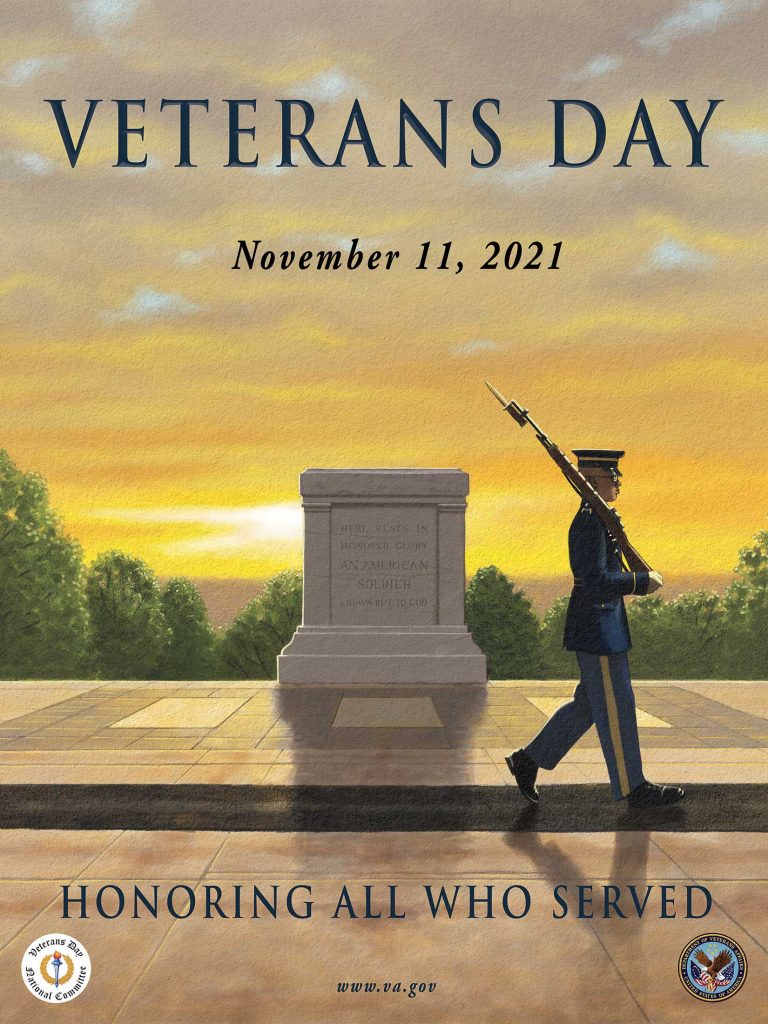 Veterans Day 2021 poster, honoring 100th anniversary of the Tomb of the Unknown Soldier (US Department of Veterans Affairs)