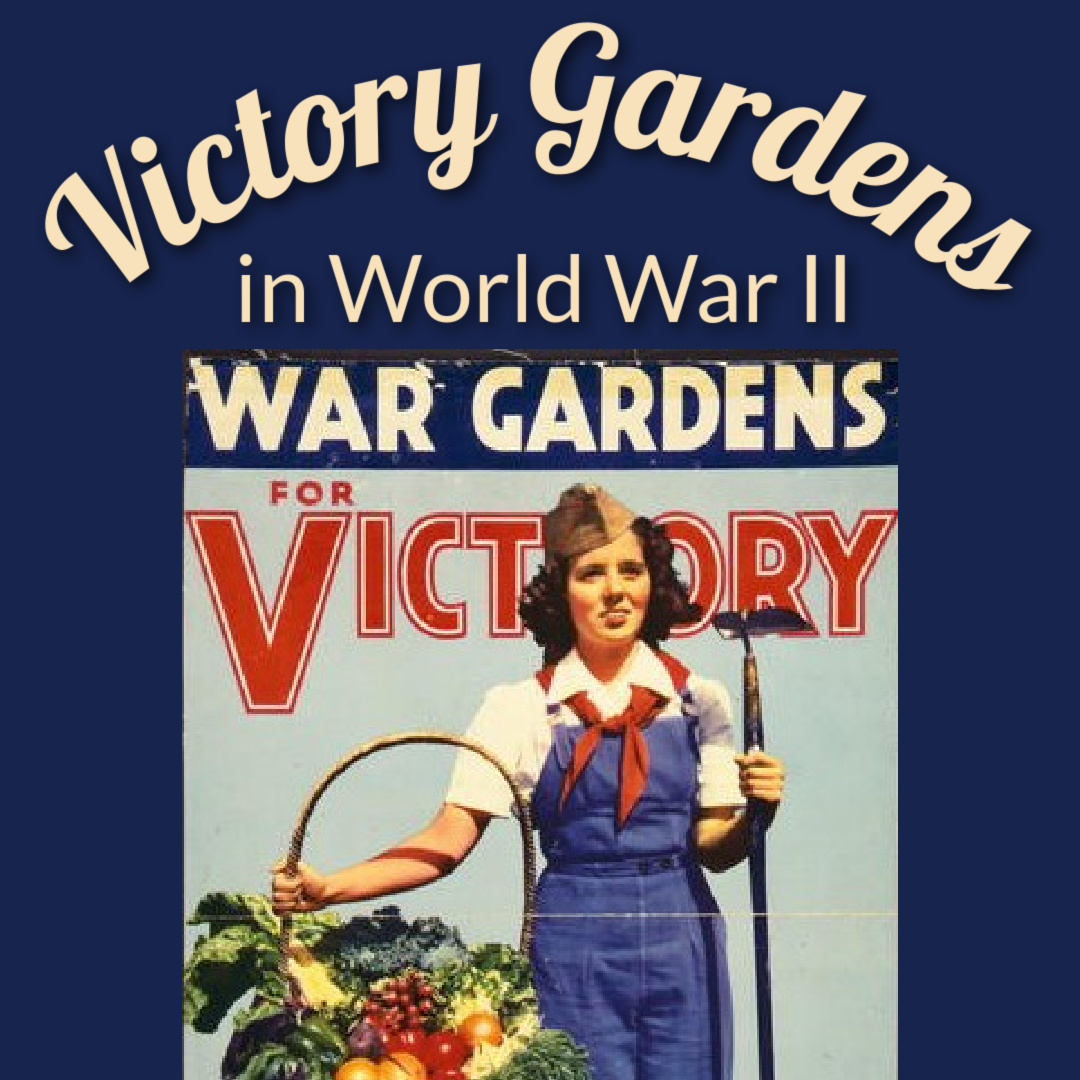 For the average American in World War II, the Victory Garden was a practical way to contribute to the war effort. Some 20 million Victory Gardens were planted (US population in 1940 was 132 million), and by 1943, these little plots produced 40 percent of all vegetables consumed in the US. It’s estimated that 9-10 million tons of vegetables were grown.

The Need for Victory Gardens

Wartime needs stretched agricultural production. The United States not only had to feed its own civilian and military population, but many of the Allies relied on America’s bread basket. In addition, U-boats sank hundreds of food-laden ships bound for Britain. While the need expanded, the number of farm workers decreased due to the draft and – ironically – due to the internment of Japanese-Americans. 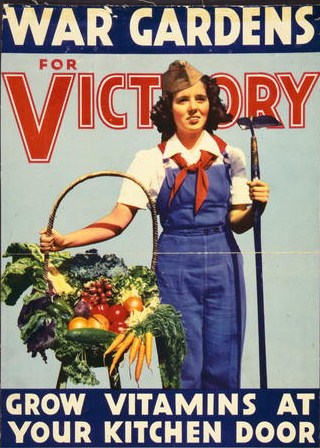 Canned fruits and vegetables were rationed starting March 1, 1943, so civilians were encouraged to grow their own produce to supplement their rations. The use of fewer canned goods would decrease the use of precious tin and reduce the strain on the heavily taxed rail and road systems. 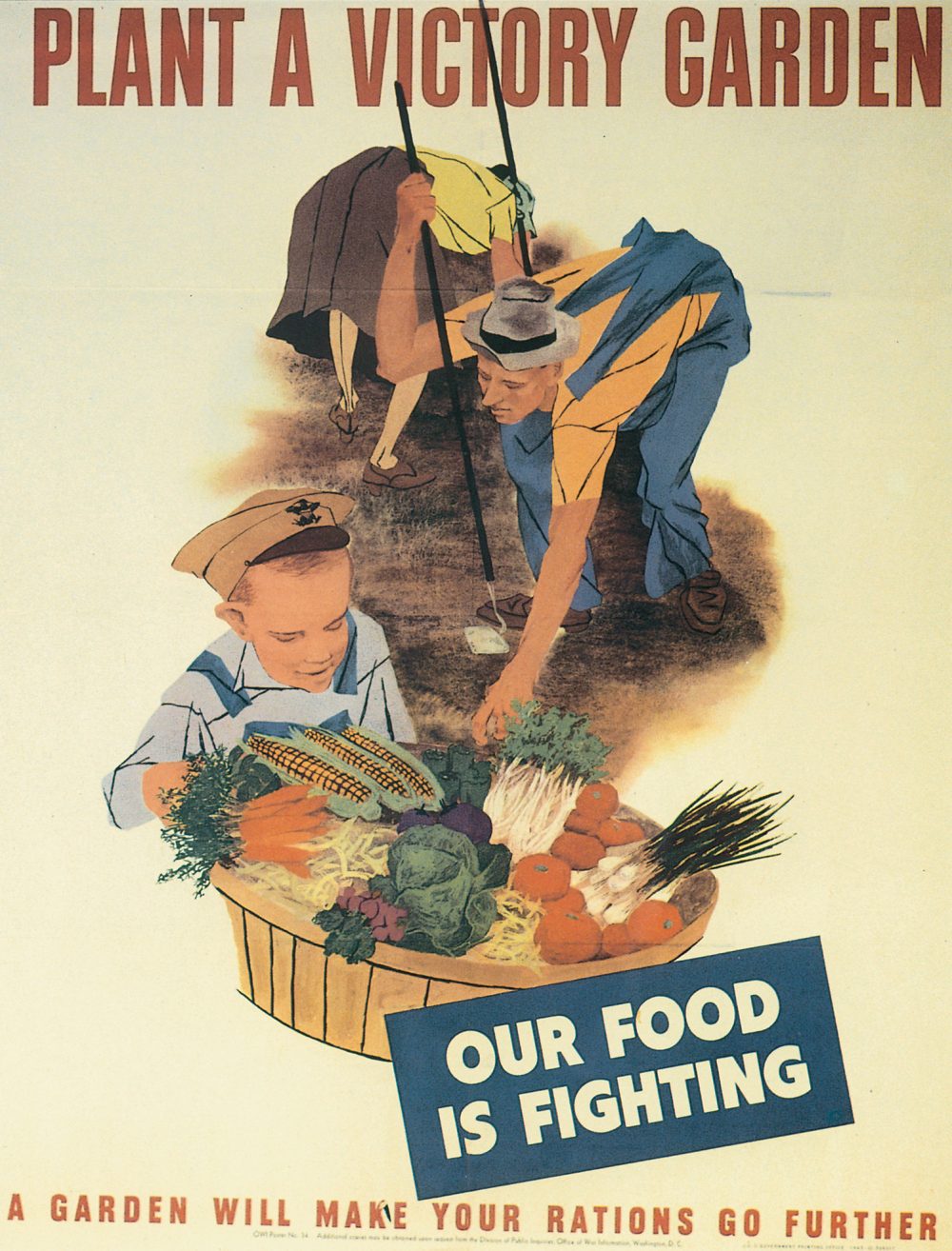 Neighborhood and community committees were formed with veteran gardeners guiding newcomers. These committees also helped with distribution of surplus food and sharing of equipment. Many garden tools were made of steel, which was in short supply, so sharing between families was encouraged. 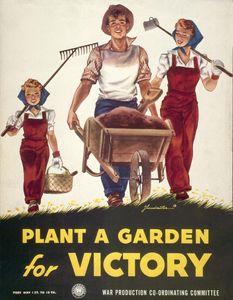 Victory Gardens were promoted as family fun, as good healthy recreation for all ages. Farmers were encouraged to plant gardens for family needs as well as their usual cash crop. Those living in small towns or suburbs were the best candidates for Victory Gardens. Interestingly, the Department of Agriculture discouraged city-dwellers from gardening, afraid of seed being wasted on poor soil and poor lighting.

Where Were Gardens Grown? 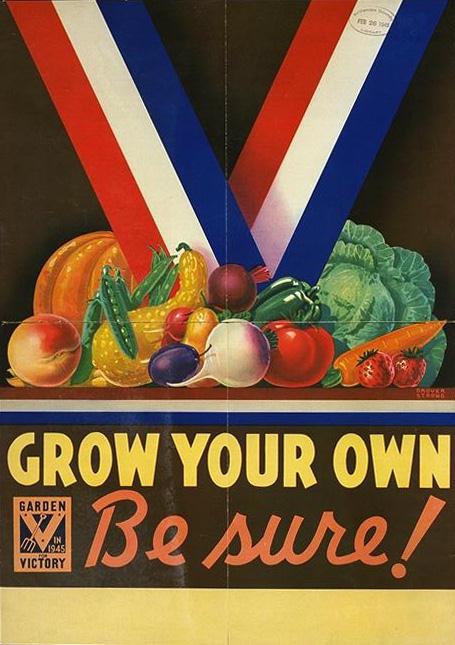 Victory Gardens sprang up on farms, in backyards, and on city rooftops. Even some window-boxes were converted from flowers to vegetables. Communal gardens were planted in parks and vacant lots and baseball fields. Sites for these gardens included San Francisco’s Golden Gate Park, the Portland Zoo in Oregon, and Boston’s Copley Square and Fenway Victory Gardens. The Fenway site is still an active Victory Garden today.

War plants often planted gardens on their properties for use in company cafeterias, and schoolyard gardens provided fresh vegetables for school lunches. This article from the Chicago Tribune tells some fun stories of Victory Gardens in Chicago during the war.

The average small-town or city-dweller knew little about gardening. Pamphlets provided sample planting schedules and garden plans to show the newcomer how to grow enough to feed his family for a year without wasting seed or food. These pamphlets described how to choose the garden site, prepare the soil, fertilize, plant properly, weed, and harvest. The Department of Agriculture and the War Production Board prepared a special Victory Garden fertilizer for home use.

The ideal Victory Garden produced fresh vegetables in season and plenty to be preserved for winter. Women’s magazines published articles about how to can, store, dry, pickle, and freeze the bounty.

A poll in January 1944 found that 75 percent of housewives canned, and those women canned an average of 165 jars per year. This met the family’s needs and preserved ration points for foods they couldn’t grow. Extra canned fruits and vegetables were shared with neighbors or donated to the needy.

Victory Gardens in World War II were more than a way to increase morale. They produced a significant amount of healthy food, allowing agricultural produce to be used for the military and the Allies, and reducing the use of tin and transportation. Despite rationing, the average American ate better during the war than before. The Victory Garden was part of the reason.