Two Americans meet in 1938 in the heart of Nazi Germany. Their efforts to expose oppression attract unwanted attention, pulling them deeper into danger as the world marches toward war. 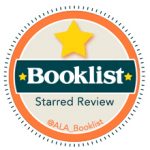 Munich, 1938. Evelyn Brand is an American foreign correspondent as determined to prove her worth in a male-dominated profession as she is to expose the growing tyranny in Nazi Germany. To do so, she must walk a thin line. If she offends the government, she could be expelled from the country—or worse. If she fails to truthfully report on major stories, she’ll never be able to give a voice to the oppressed—and wake up the folks back home.

Sundin is a must-buy for any Christian fiction collection, and her latest World War II tale positively crackles with tension. The characters struggle with changing sympathies while wrestling with the balance between freedom and order. Attentive readers may see parallels between the circumstances depicted in the book and the world today.

Sundin’s novels set the gold standard for historical war romance, and When Twilight Breaks is arguably her most brilliant and important work to date.

In this gripping inspirational, Sundin (Sunrise at Normandy) takes an affecting look at the rise of the Nazi Party and Jewish persecution in Germany through the eyes of an American journalist. Sundin combines suspense and romance to great effect, leaving readers guessing the fate of Evelyn and Peter to the final pages. Inspirational fans who like high-octane action will enjoy this thrilling story.