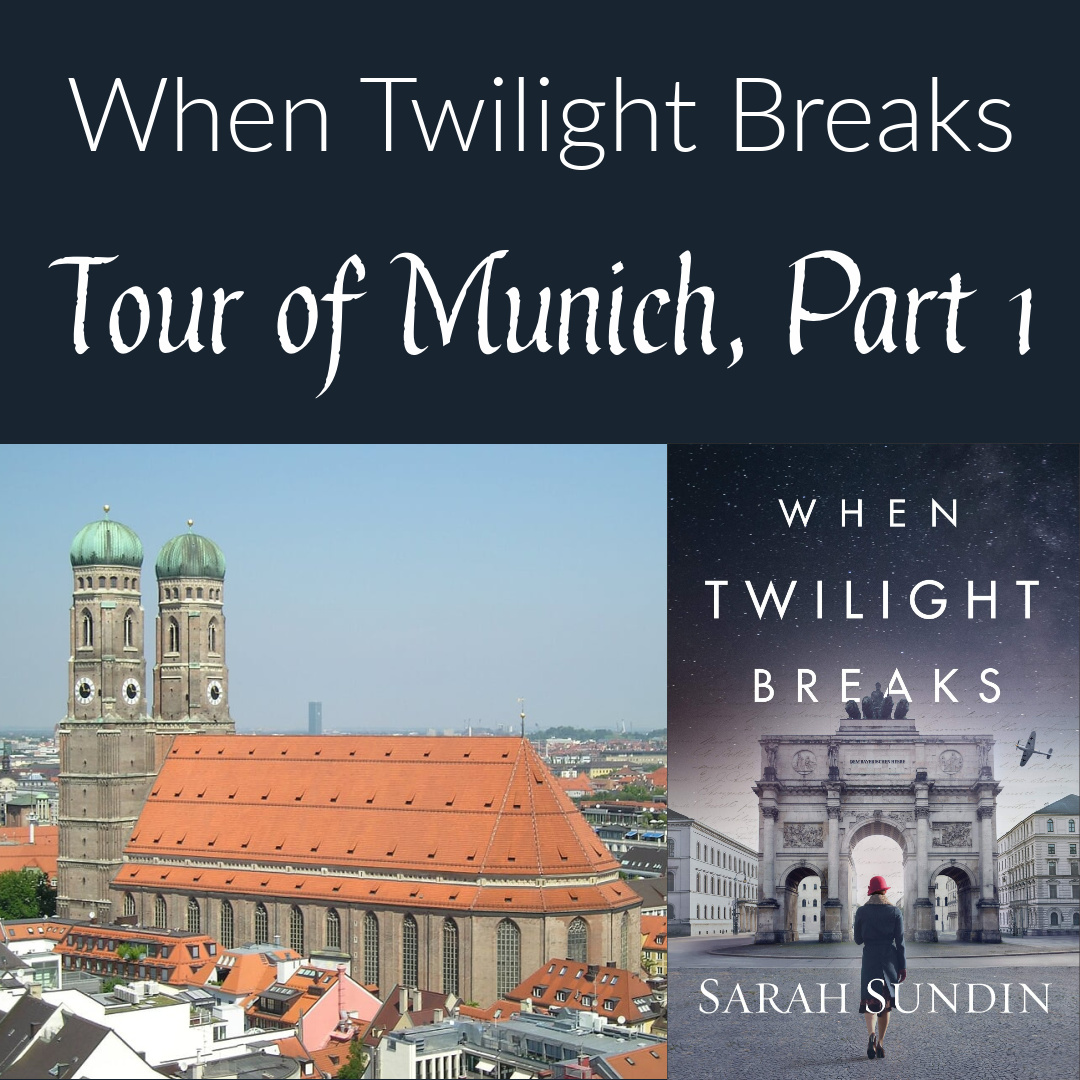 Marienplatz is the central square in Munich, Germany, dating back to 1158. Many of Munich’s most famous and scenic spots are in this location. In When Twilight Breaks, the hero of the novel, Peter Lang, is very fond of walking through Marienplatz and enjoying the Glockenspiel.

The Altes Rathaus (Old Town Hall) stands on the east side of Marienplatz and dates to 1392, although it’s been altered several times throughout the ages. 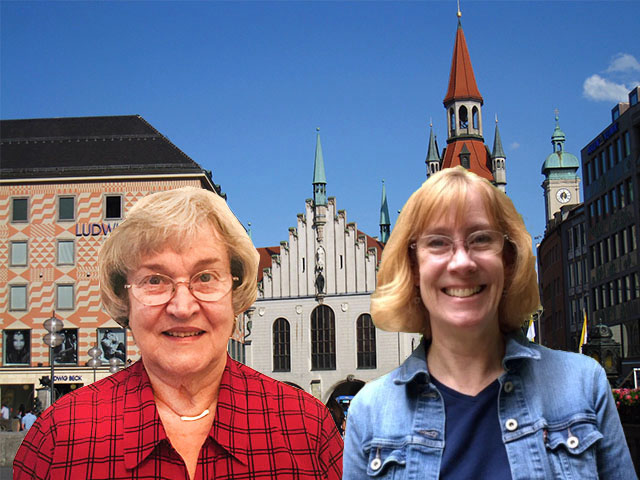 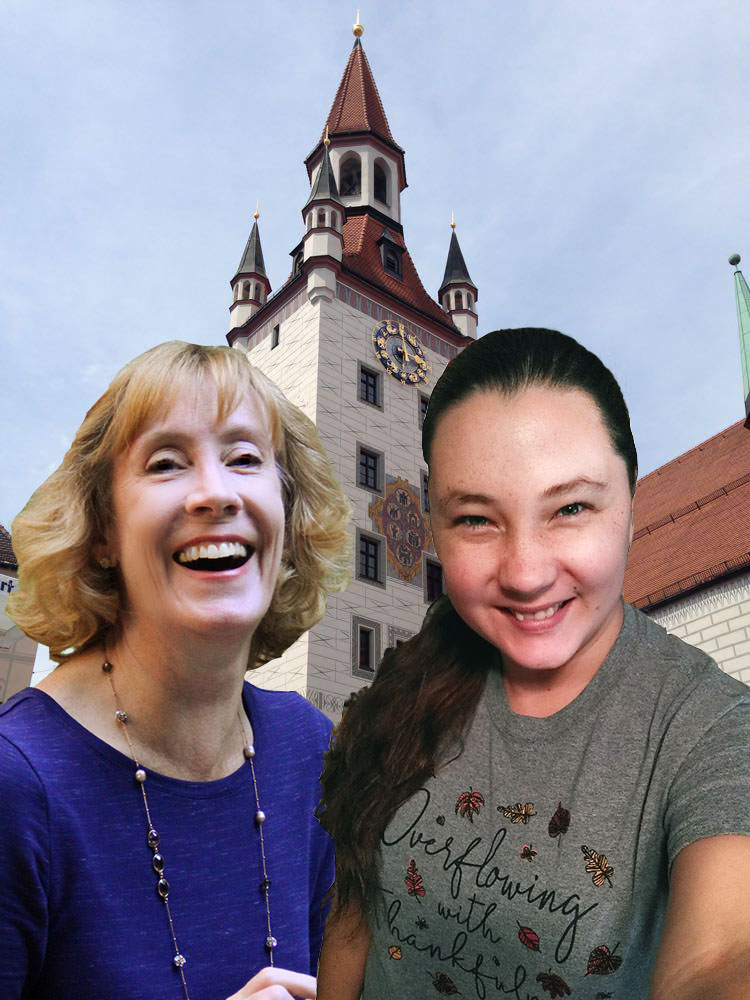 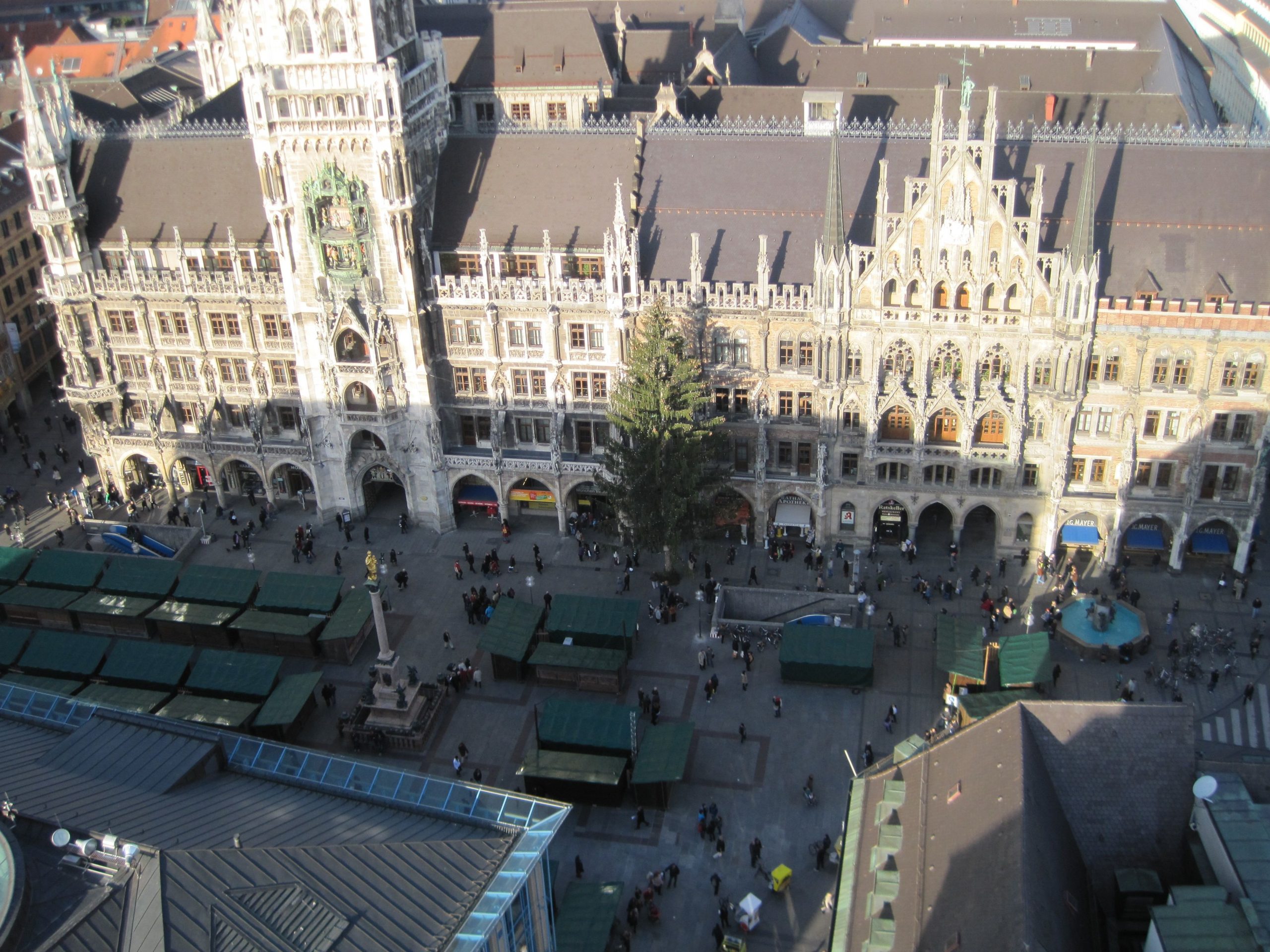 Looking down on the Marienplatz and the Neues Rathaus, viewed from the tower of St. Peterskirche (Photo courtesy of Morgan Tarpley Smith) 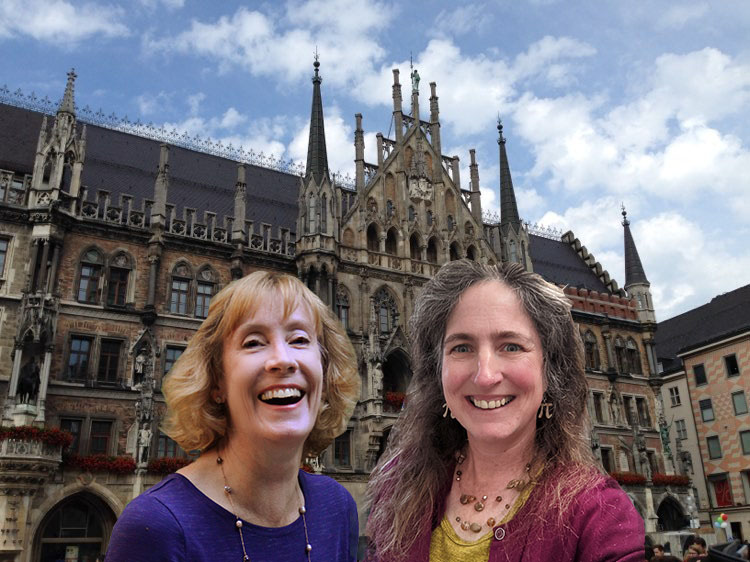 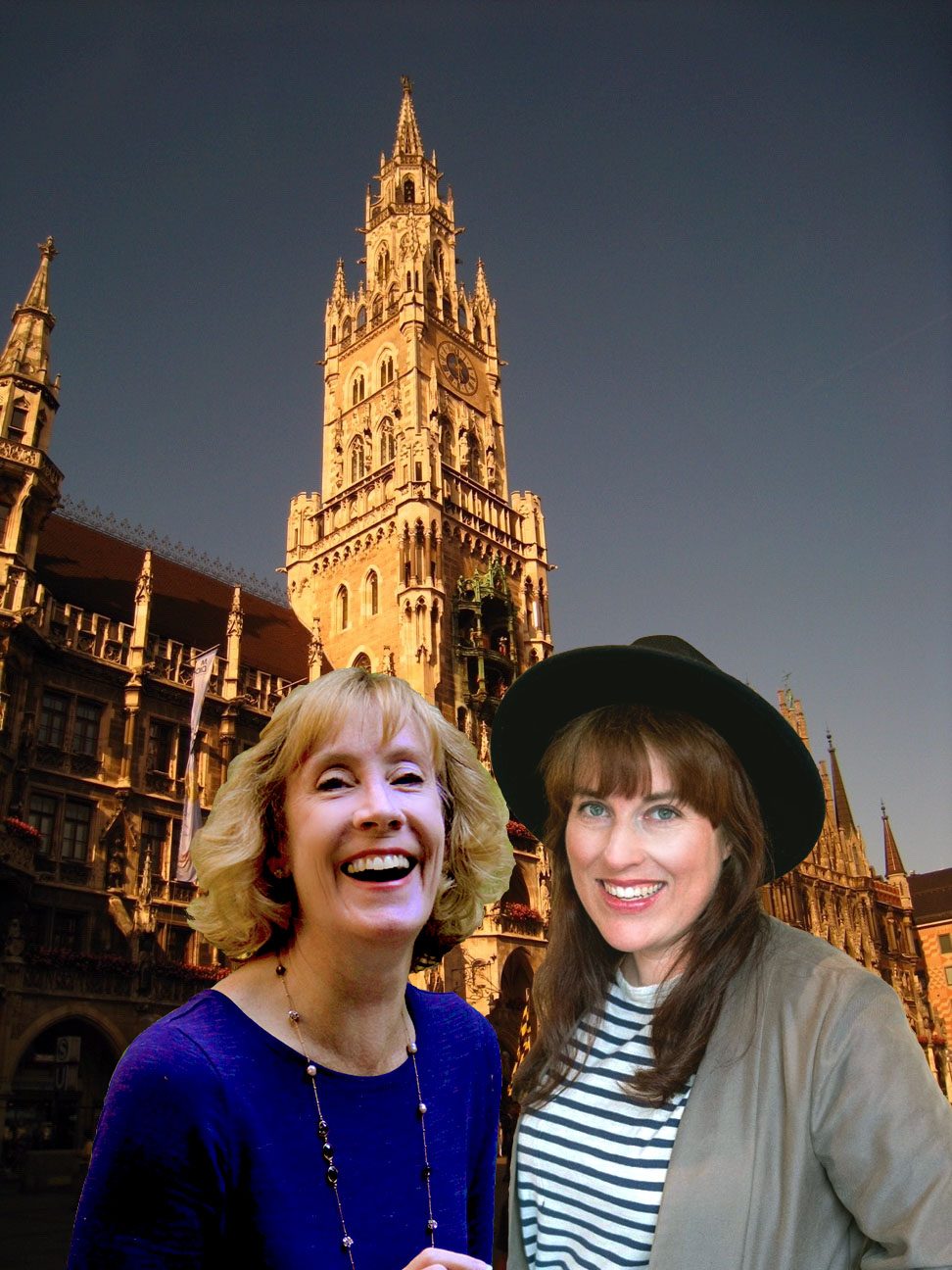 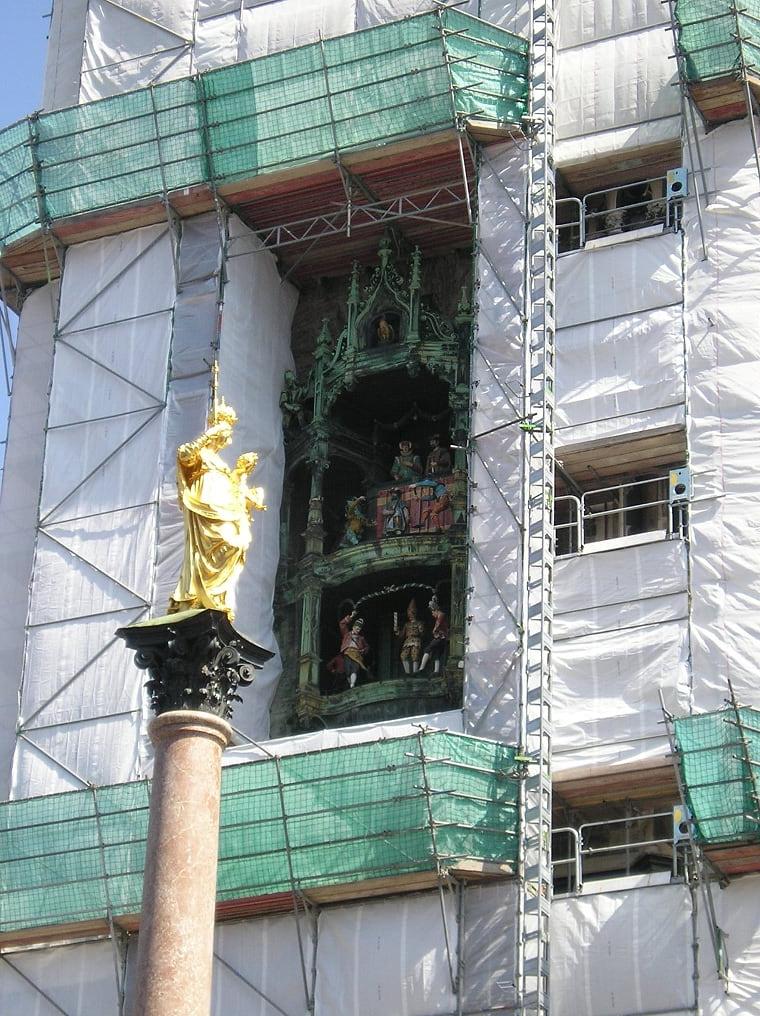 The Glockenspiel in the Neues Rathaus, under construction (Photo courtesy of Stephen Sundin, July 2007)

Just off the Marienplatz to the west rises the Frauenkirche, Munich’s most famous landmark. The Gothic Cathedral of Our Lady was built in the fifteenth century. 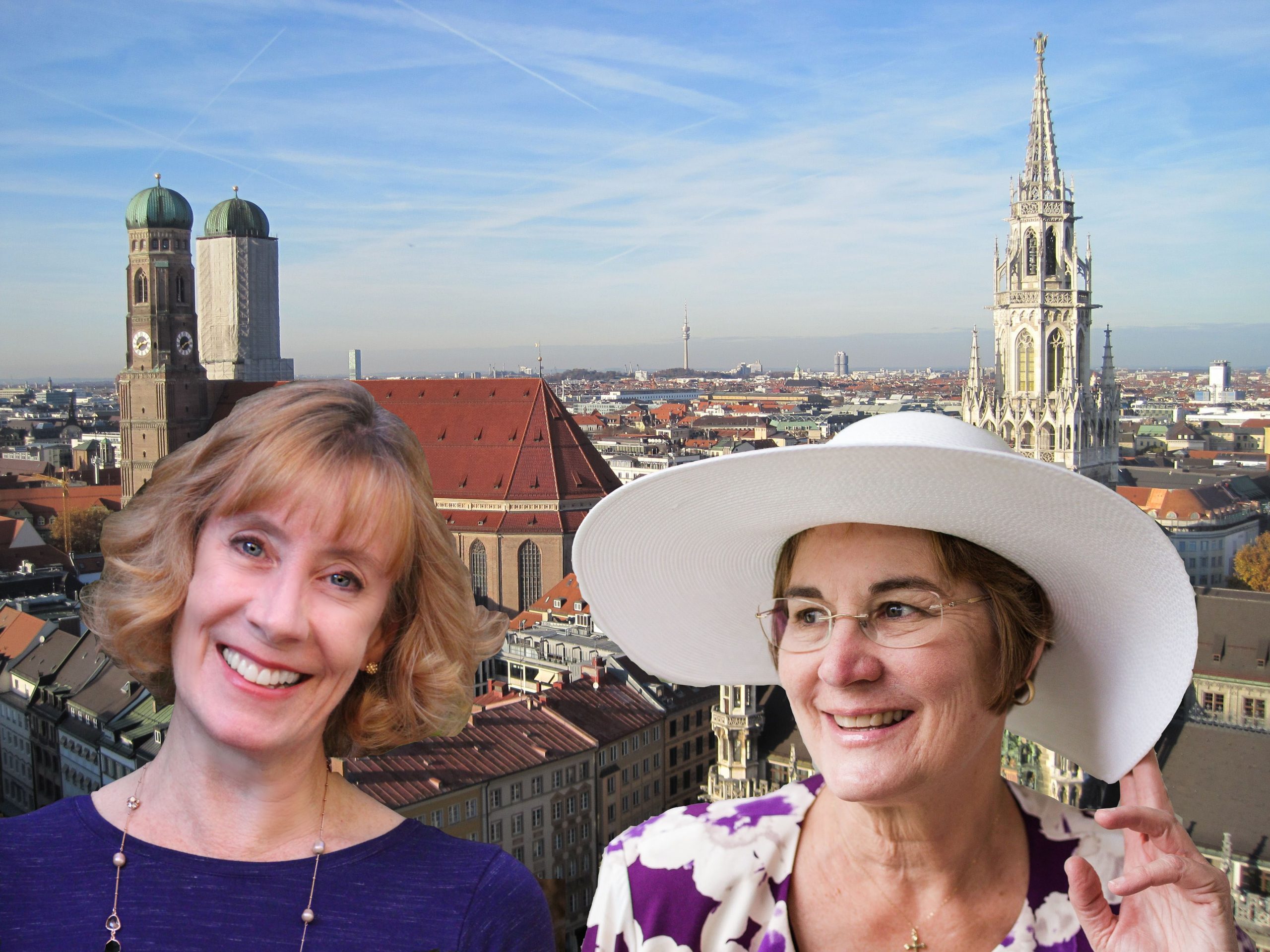 The Frauenkirche and the Neues Rathaus, viewed from the tower of St. Peterskirche, with travel buddy Michelle Ule (Photo courtesy of Morgan Tarpley Smith) 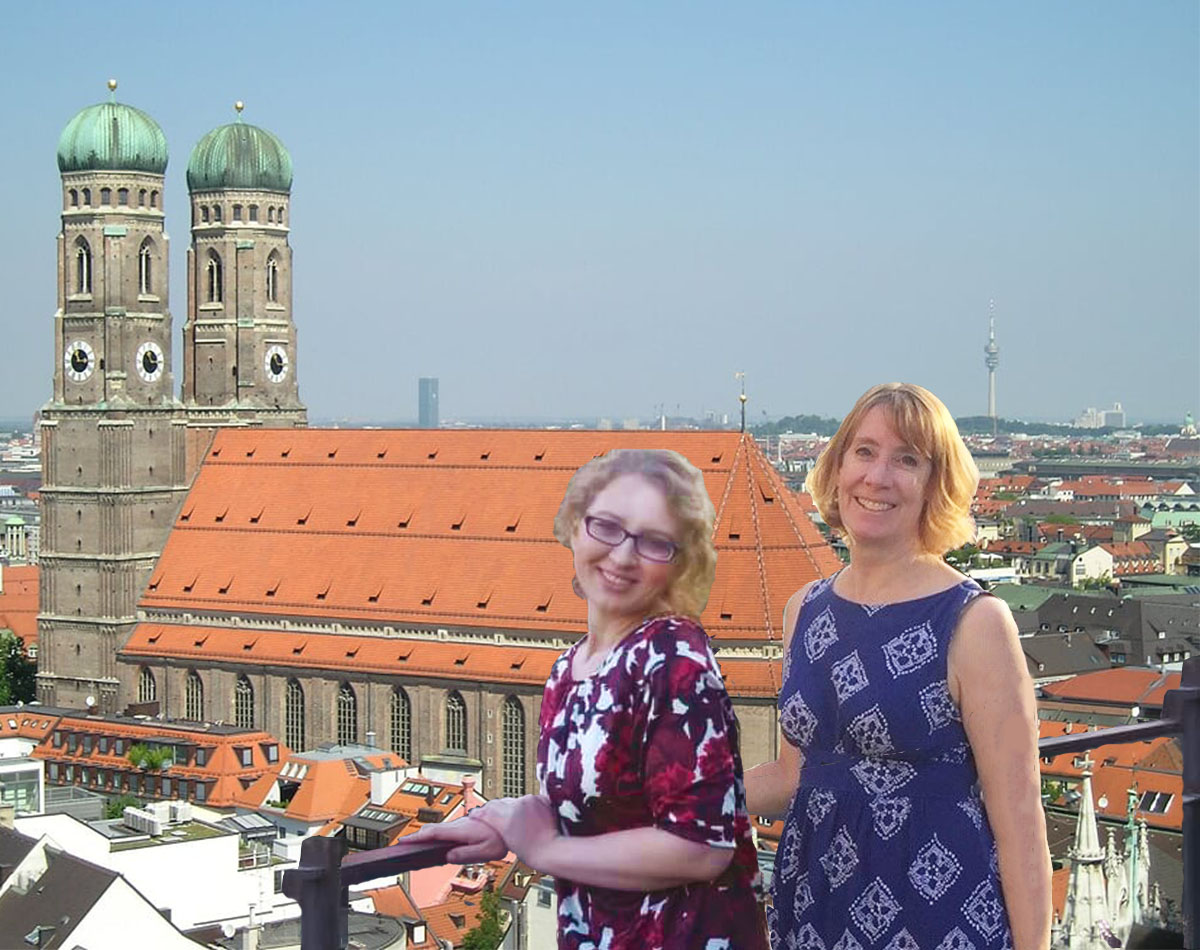 Just off the Marienplatz to the south stands St. Peterskirche (St. Peter’s Church), known by the locals as Alter Peter (Old Peter), the oldest recorded church in Munich, dating back to the twelfth century. The current building dates to 1368 with the tower added in the seventeenth century. The 299-foot tower offers splendid views of the city. In When Twilight Breaks, Peter Lang reveals that his Munich-born mother had this church in mind when naming her third-born son. 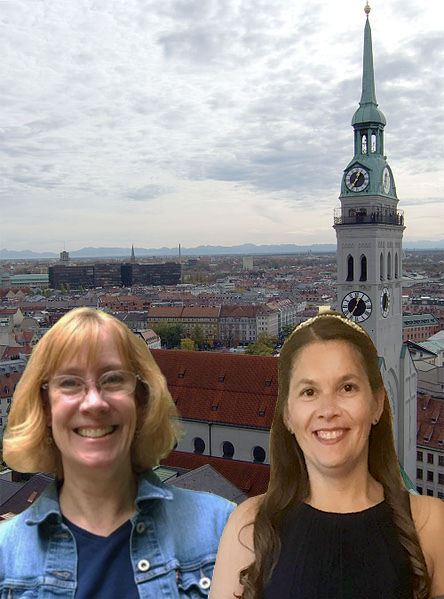 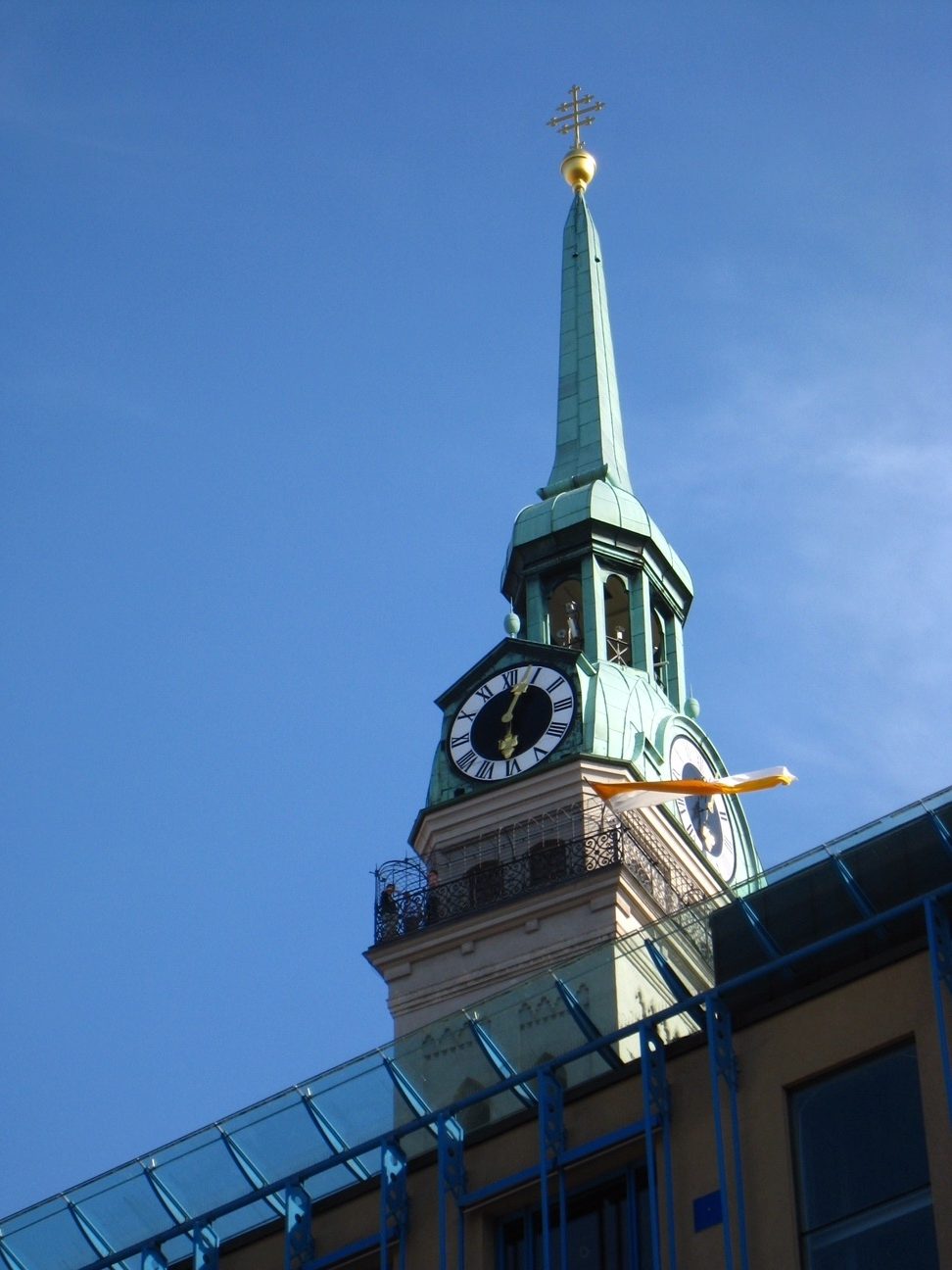 The tower of St. Peterskirche (Photo courtesy of Pauline Trummel) 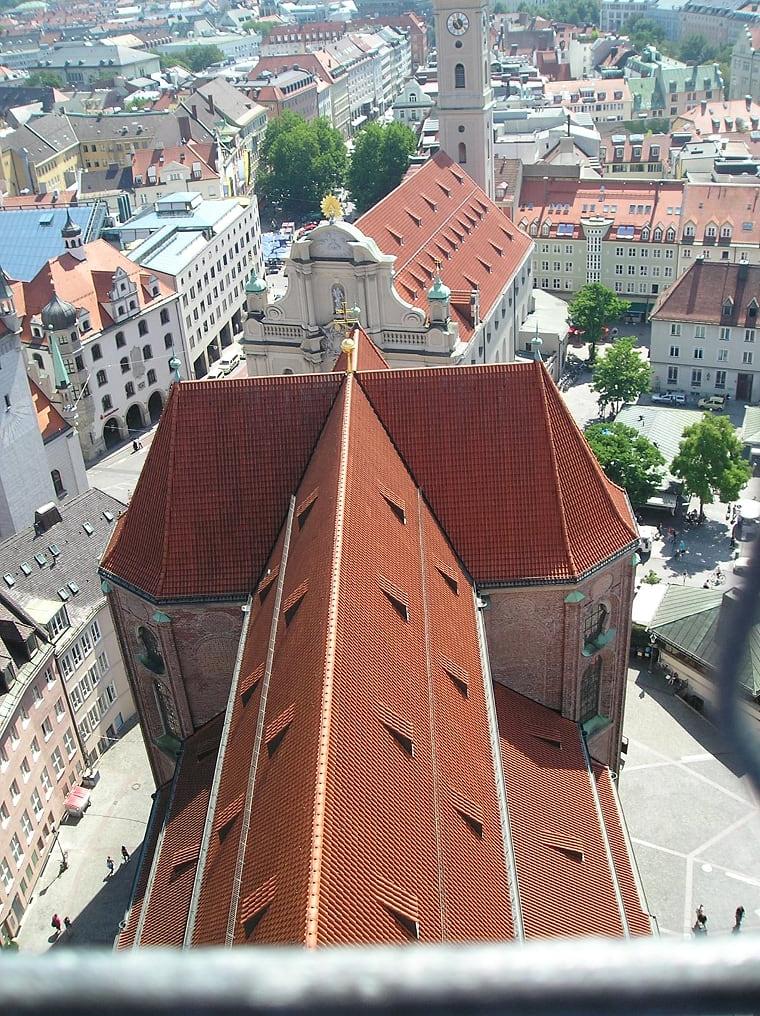 Looking down on St. Peterskirche from the tower (Photo courtesy of Stephen Sundin, July 2007)

Don’t forget to come back throughout the week for more photos!

18 responses to “When Twilight Breaks – Tour of Munich, Part 1”