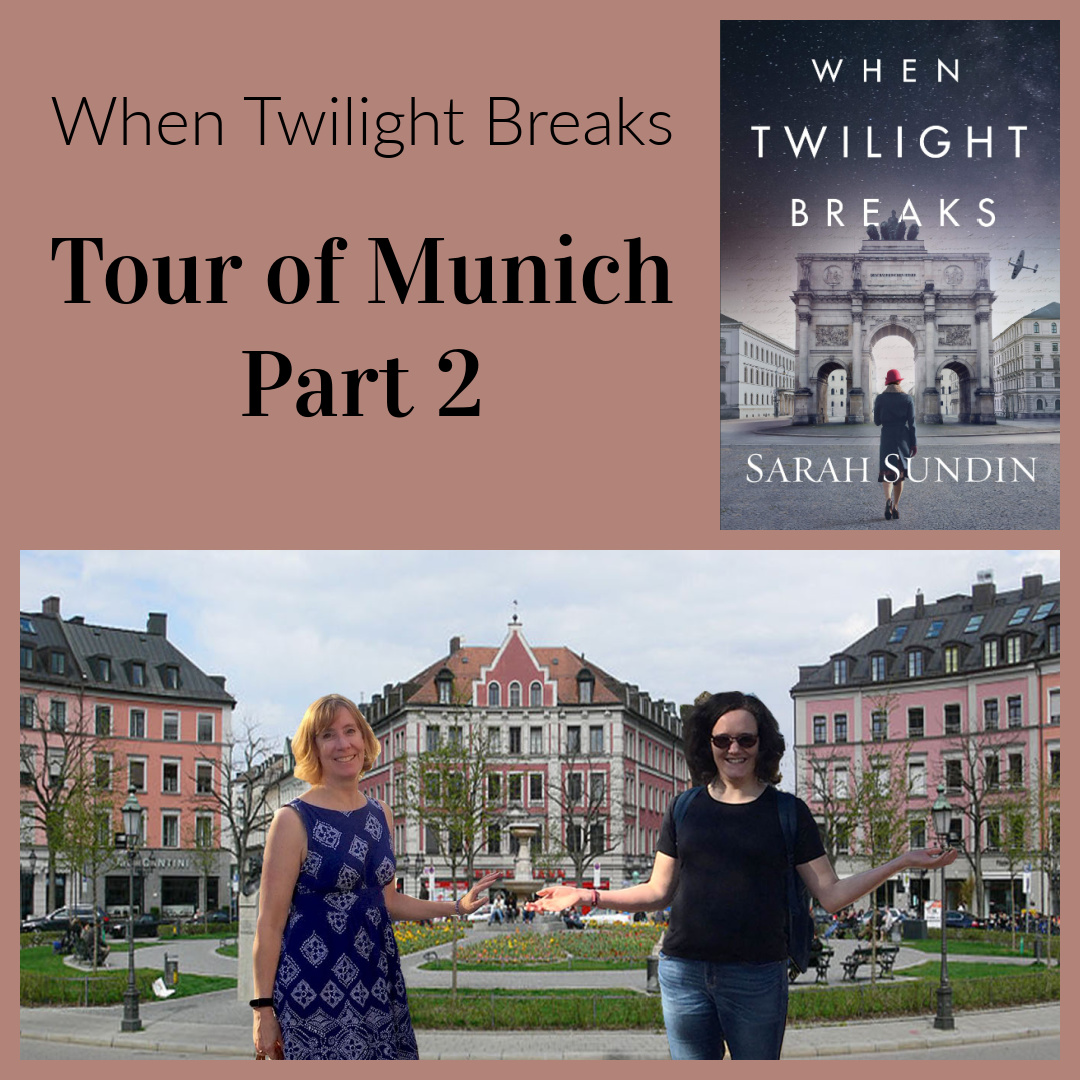 Today I’ll show photos from some of Peter Lang and Evelyn Brand’s favorite places in Munich.

We first meet graduate student Peter Lang at the University of Munich (Ludwig-Maximilians-Universität München), where he’s teaching and conducting research for his PhD in German. It was an honor to set the story at this university, because my grandfather studied there in 1935-36 for his junior year abroad—which inspired this novel—and he was instrumental in reinstating the Junior Year in Munich program after the war. 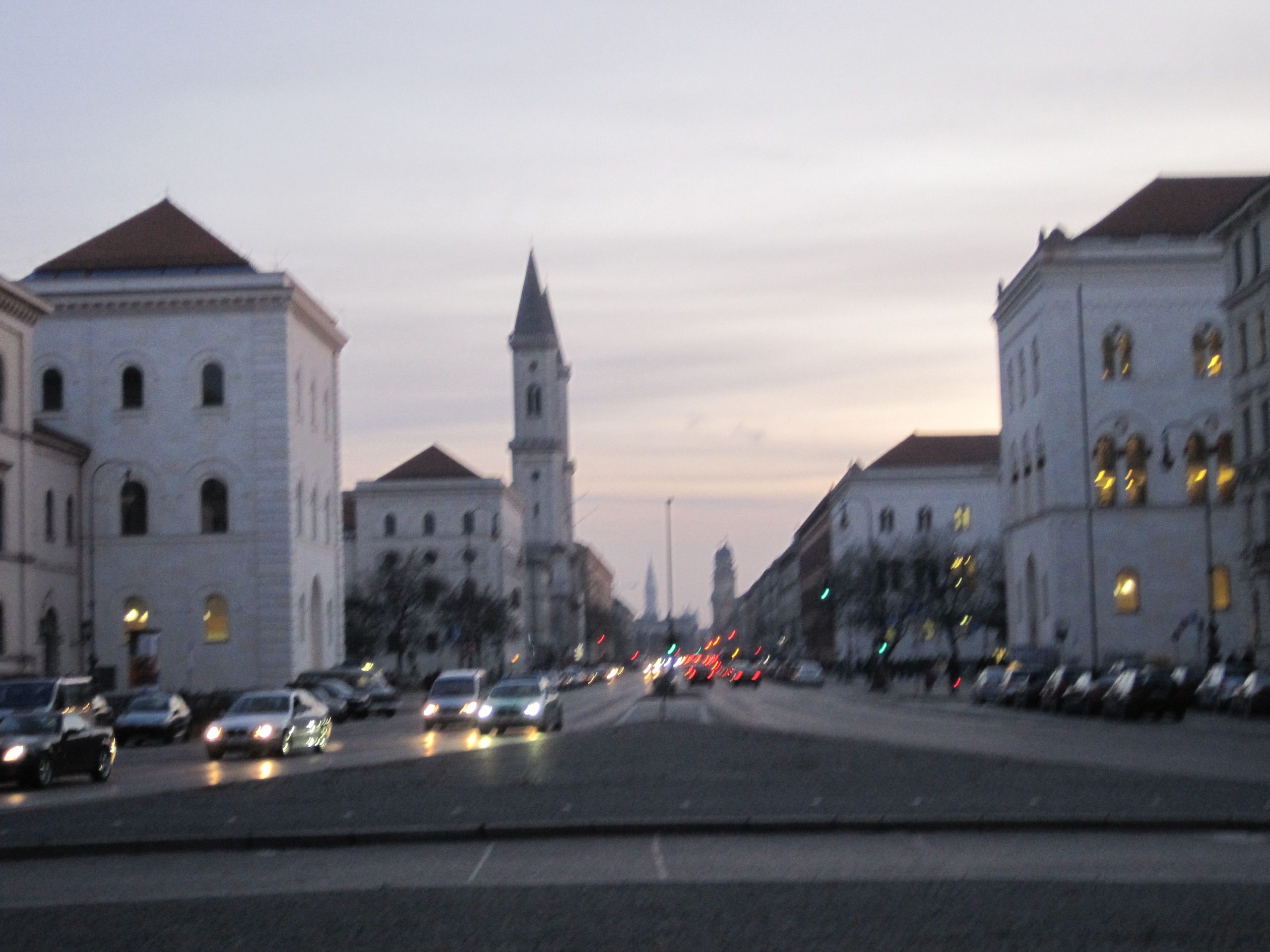 The University of Munich, viewed from the Siegestor (Photo courtesy of Morgan Tarpley Smith) 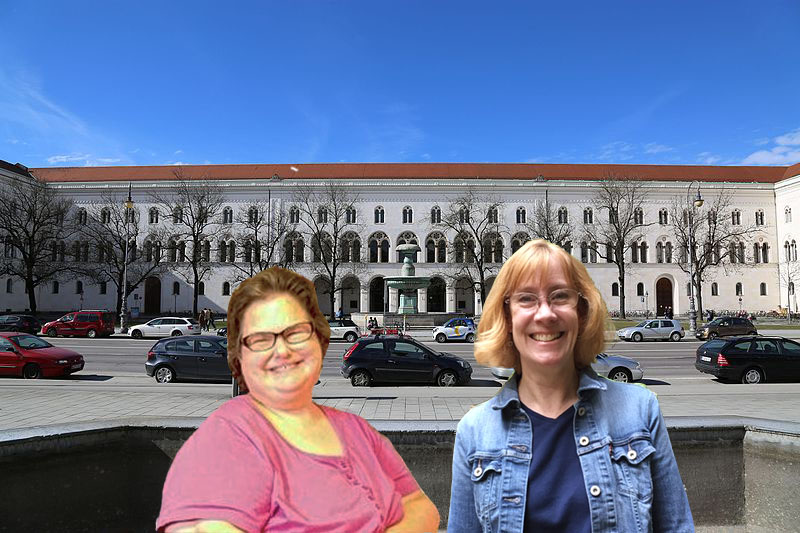 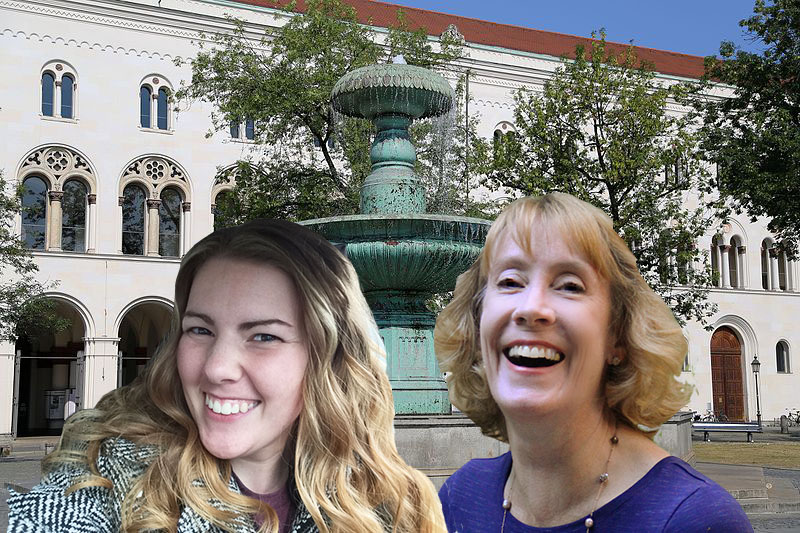 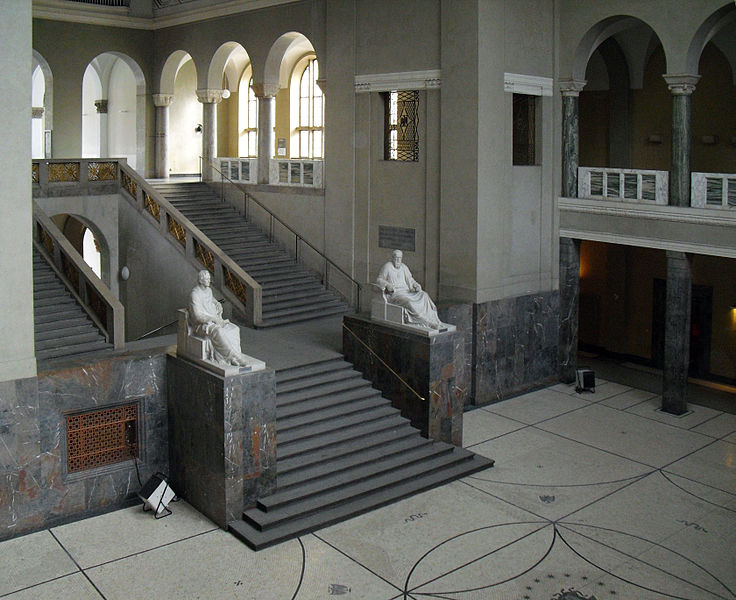 Atrium in the University of Munich (Photo via Wikimedia Commons, author: Kt80, March 2010)

The university is famous for the White Rose, a group of courageous students and professors who published anti-Nazi leaflets in 1942-43 (my novel is set in 1938, well before this). Many members of the White Rose, including brother and sister leaders Hans and Sophie Scholl, paid with their lives. They were caught scattering leaflets in the atrium pictured above. Below is a memorial to the White Rose at the university. 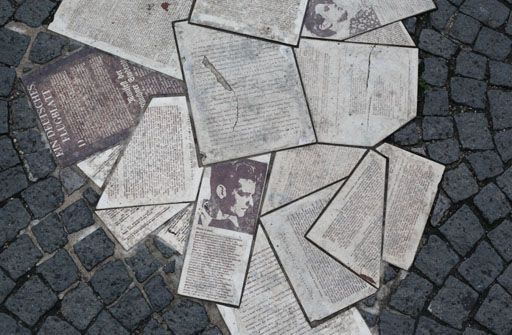 Close to the university stands the Siegestor, or Victory Gate, which is pictured on the cover of When Twilight Breaks. The Siegestor was destroyed during World War II, then rebuilt. The front was rebuilt as before, with the inscription “Dem Bayerischen Heeren” (To the Bavarian Heroes). The back was rebuilt with a bare edifice and the inscription “Dem Sieg geweiht, vom Krieg zerstört, zum Frieden mahnend.” (Dedicated to victory, destroyed by war, urging peace). 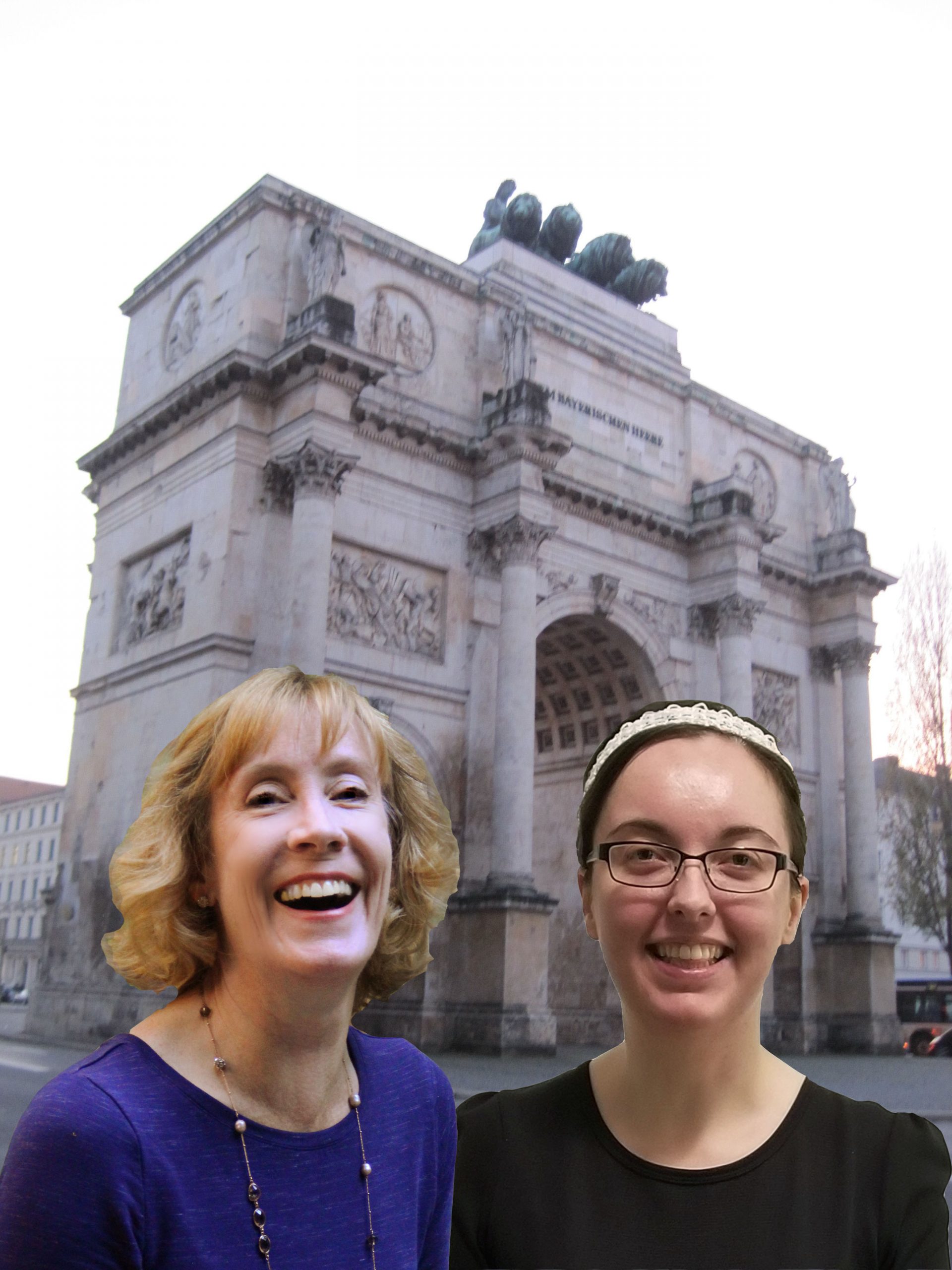 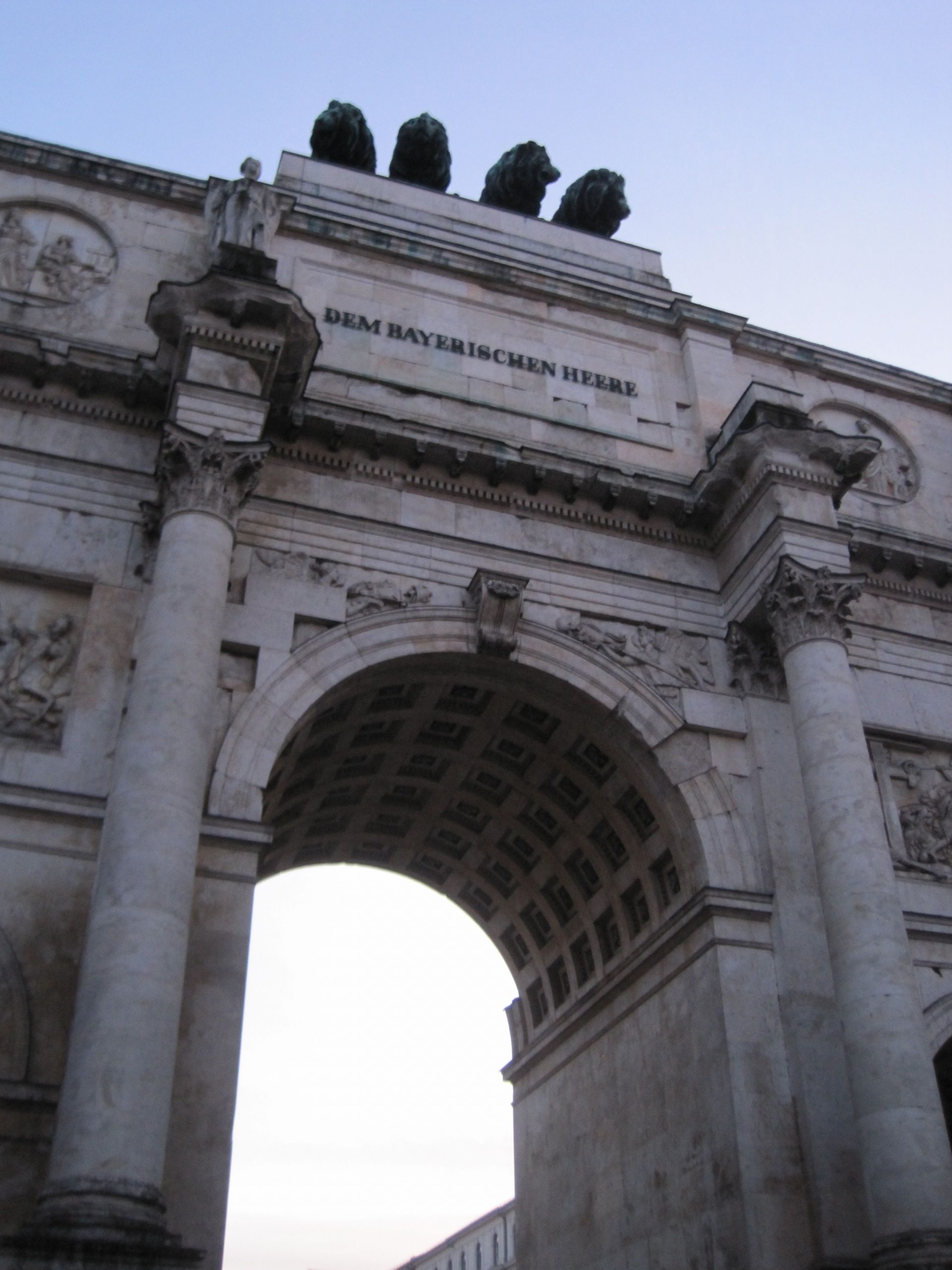 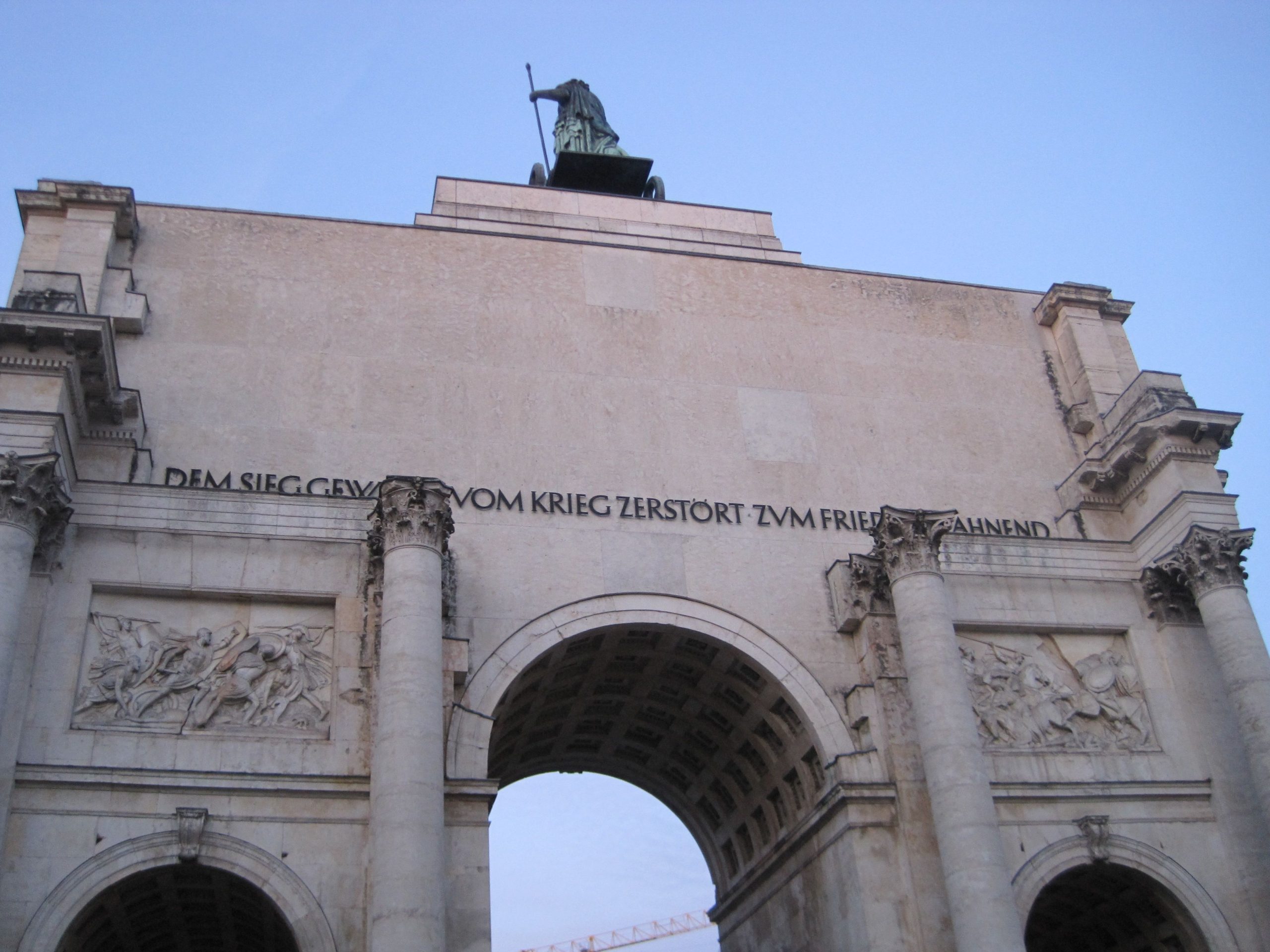 Many scenes in When Twilight Breaks take place on the Gärtnerplatz, a colorful little square which is home to (fictional) Herr Gold’s café. 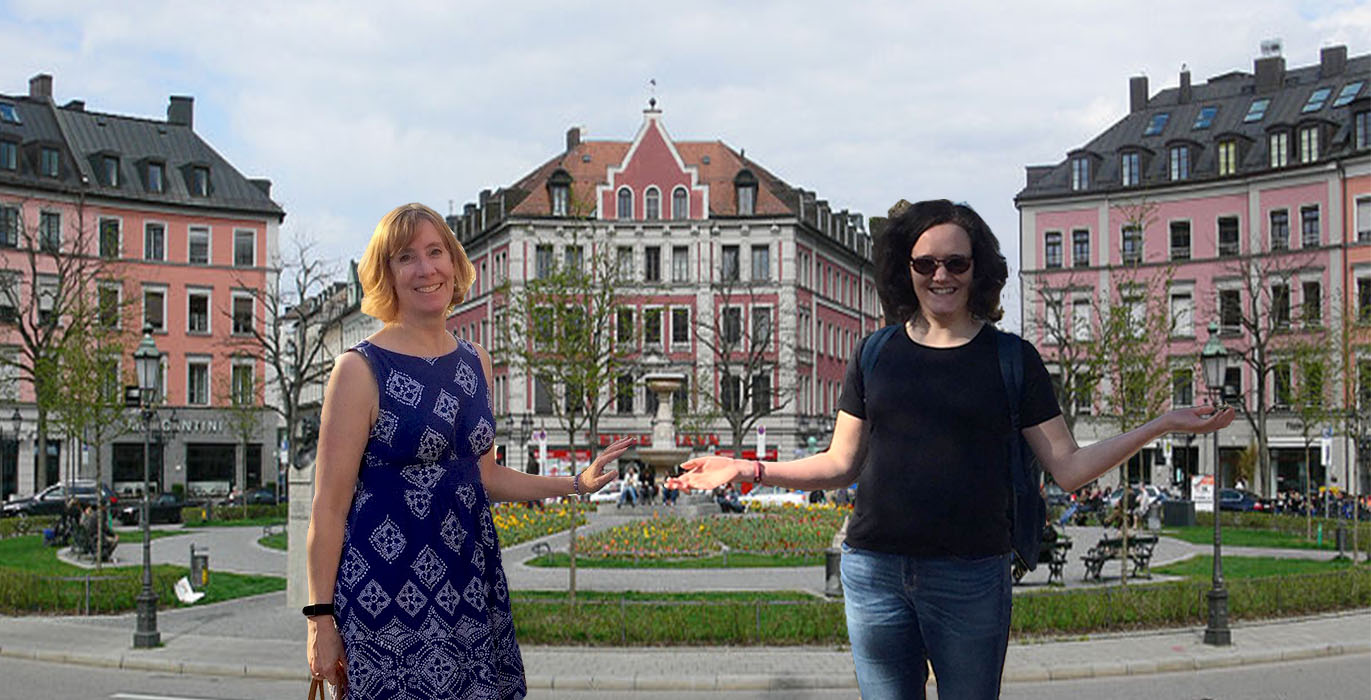 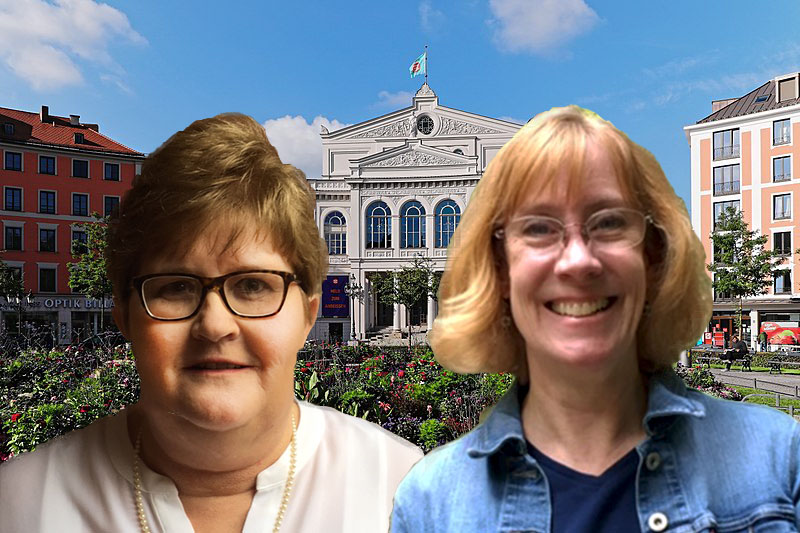 In the novel, Peter and Evelyn often go shopping in the Viktualienmarkt, the famous open-air market. 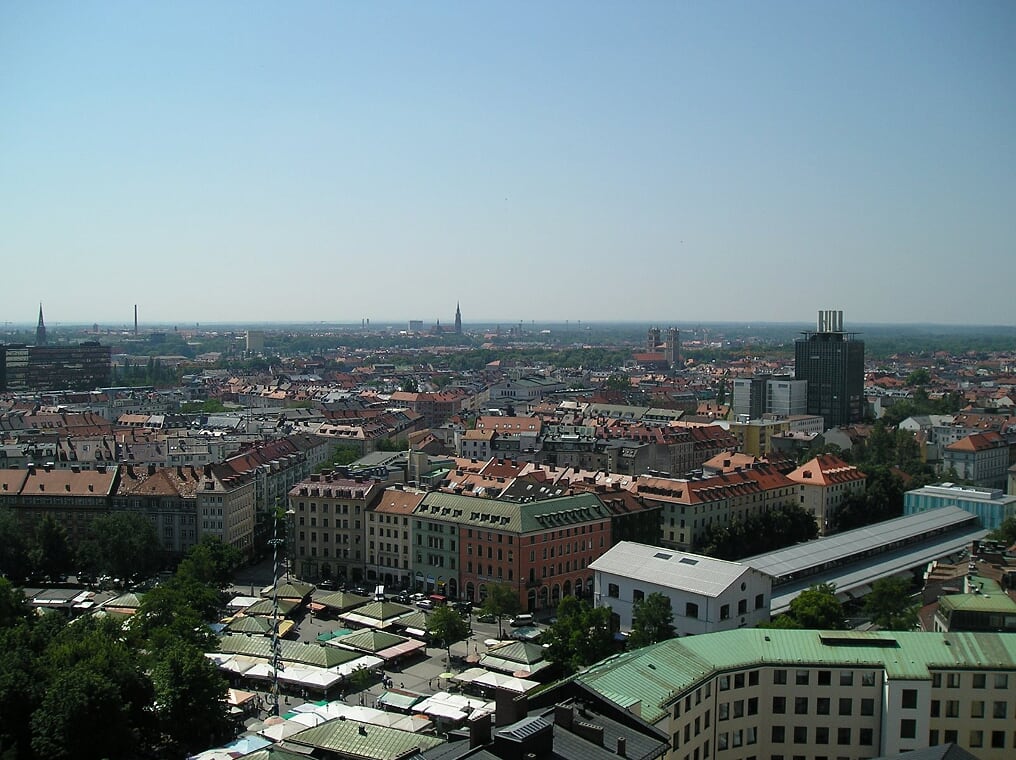 Looking down on the Viktualienmarkt from the tower of St. Peterskirche (Photo courtesy of Stephen Sundin, July 2007) 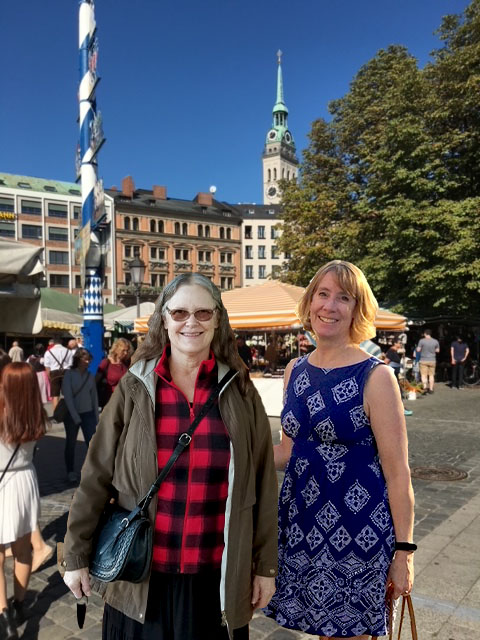 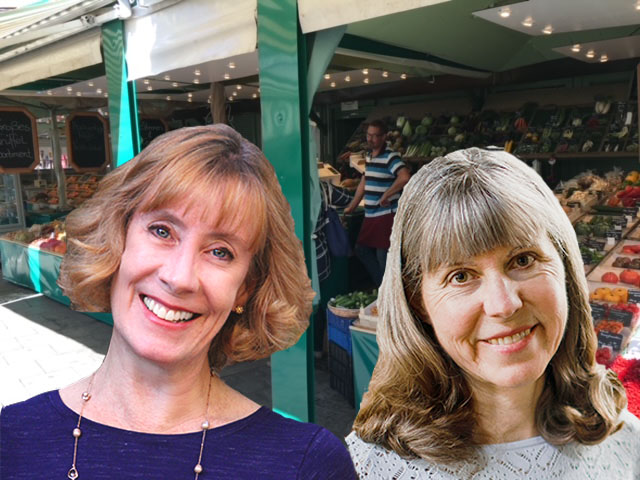 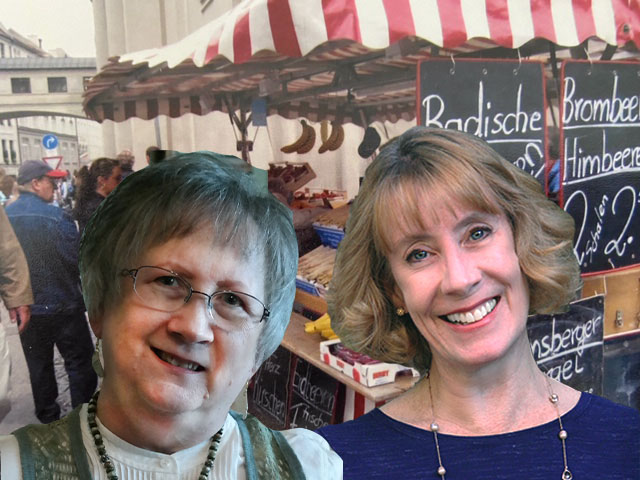 Don’t forget to come back tomorrow for more photos of Munich!

4 responses to “When Twilight Breaks – Tour of Munich, Part 2”