Lou Gehrig is elected to the National Baseball Hall of Fame; at 36, he is the youngest player honored to that date. 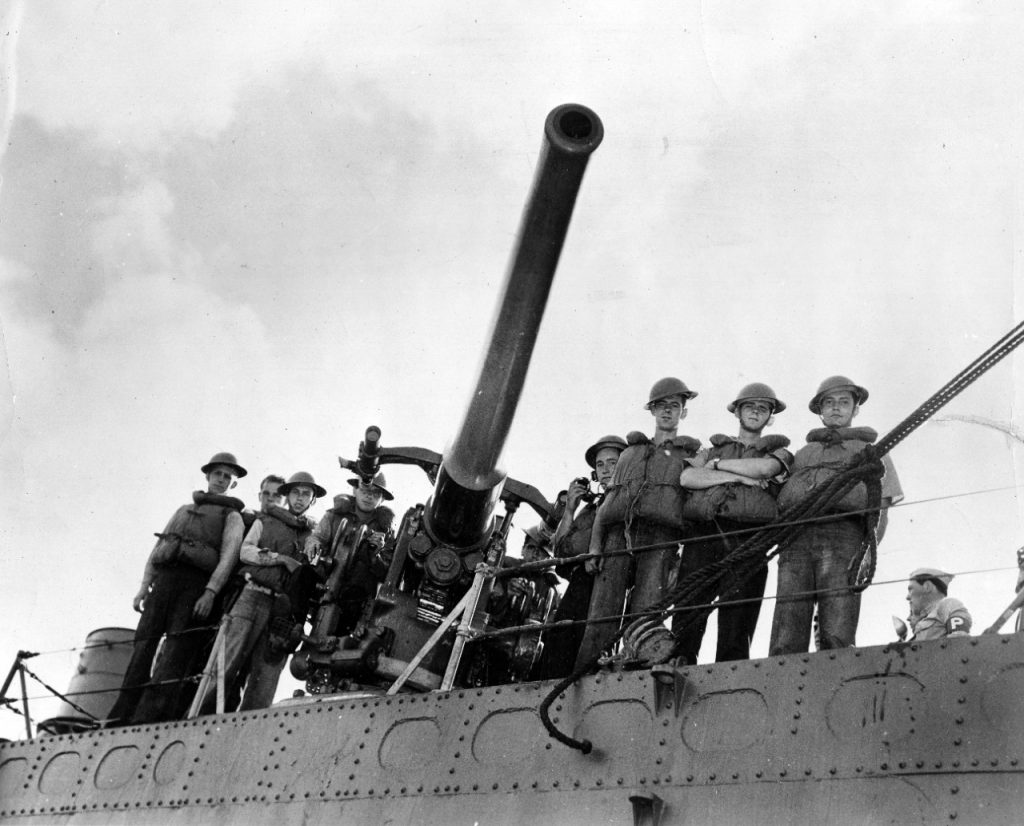 The number three gun of the destroyer USS Ward and her crew, credited with firing the first shot at Pearl Harbor (US Navy photo)

75 Years Ago—Dec. 7, 1944: At Ormoc Bay on Leyte, destroyer USS Ward is damaged by a kamikaze; exactly three years earlier, USS Ward fired the first shots during the attack on Pearl Harbor—she is scuttled by destroyer USS O’Brien under the command of William Outerbridge, who had commanded the Ward on Dec. 7, 1941. (Read more: “Remember Pearl Harbor—The US Navy’s Role at Pearl Harbor”).

Nazi women’s leader Gertrud Scholtz-Klink asks all German women over 18 to volunteer to serve in the armed services to release men to the front. 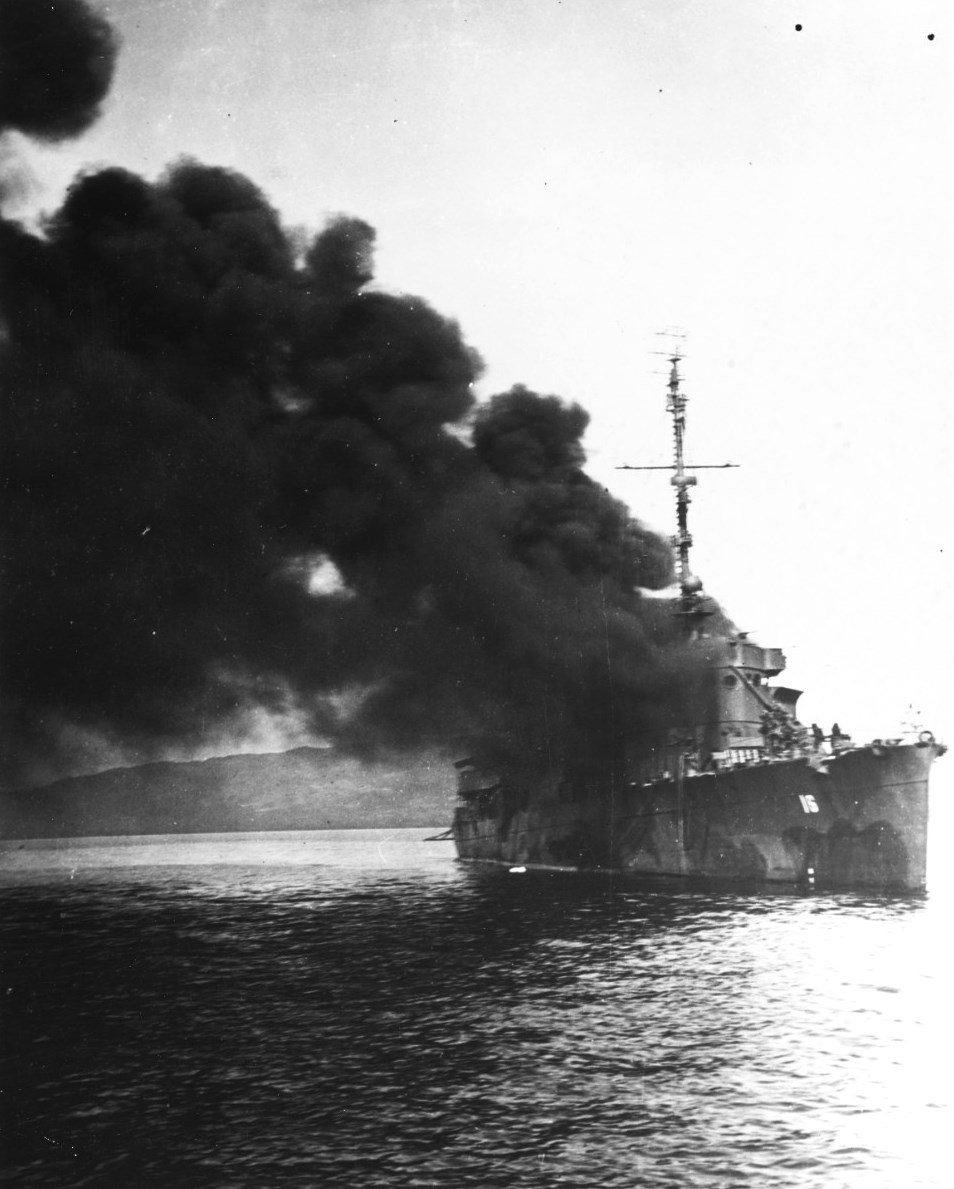 USS Ward on fire after being struck by a Japanese kamikaze in Ormoc Bay, Philippines, 7 Dec 1944, three years to the day after she fired the first US shot of the Pacific War (US Navy photo 80-G-270773)