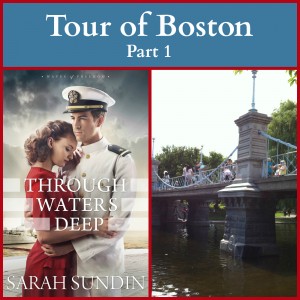 I’ve been blessed to visit Boston a number of times. In July 2014, I made a research trip and took lots of pictures to help me visualize the story. We’ll follow the Freedom Trail, established in the 1950s to connect Boston’s multiple historical sites. Come see the following Tour of Boston posts as well:

First stop (not officially on the Freedom Trail)…Boston’s Public Garden, filled with beautiful botanical specimens and dominated by a large and picturesque lagoon. The lagoon is home to the famous Swan Boats from April to September, which you can watch from the little pedestrian suspension bridge. In the 1940s, ice-skaters criss-crossed the frozen waters! The year 1941 marks the publication of Make Way for Ducklings by Robert McCloskey, set in the Public Garden. Today a statue of the ducklings delights visitors. For more serious-minded tourists, George Washington is also honored with a grand statue. 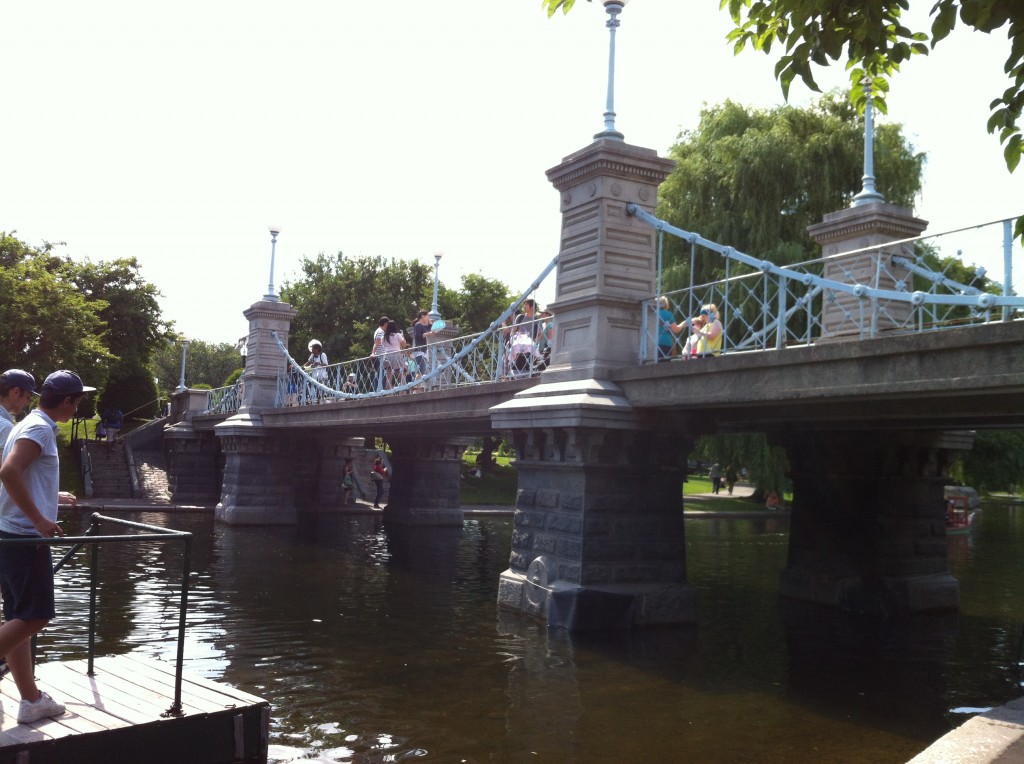 The Pedestrian Bridge over the lagoon in the Public Garden in Boston. (Photo: Sarah Sundin, July 2014) 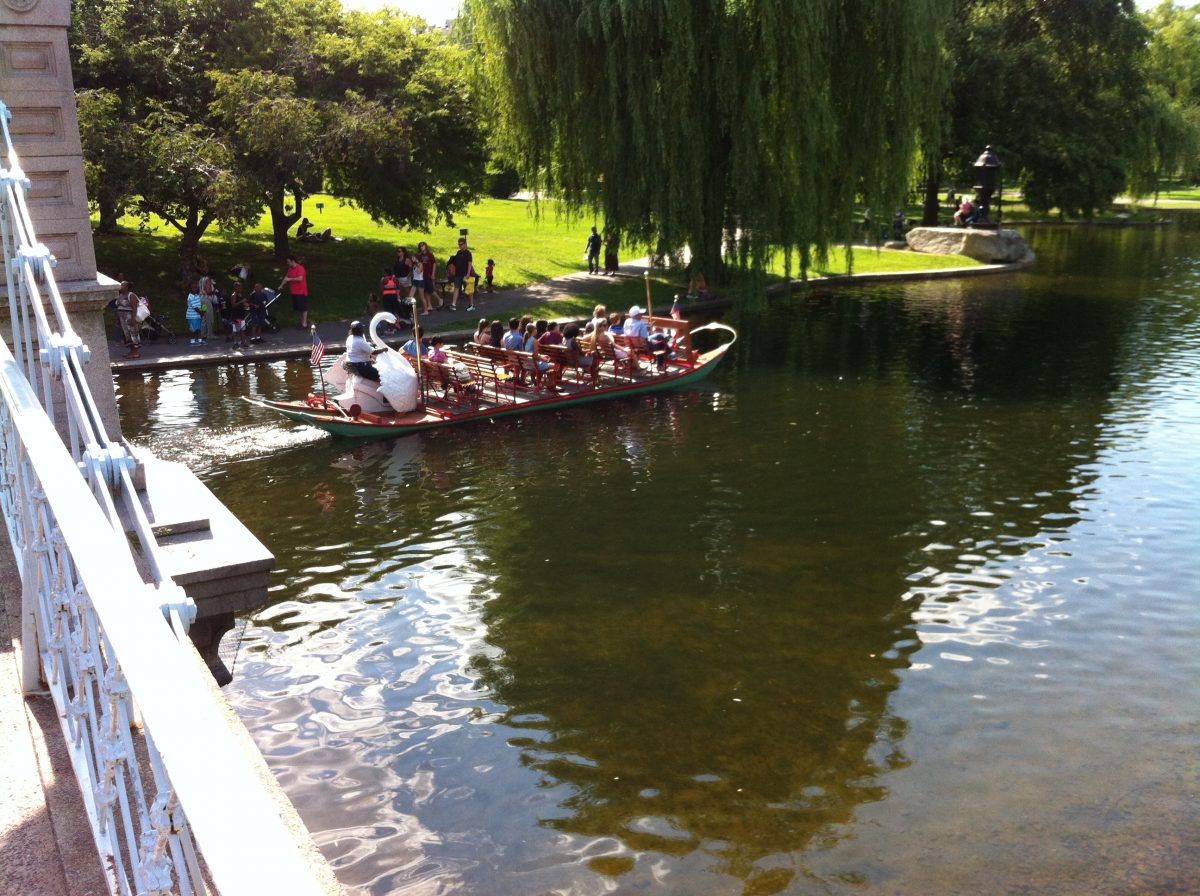 Swan boat on the lagoon of the Public Garden in Boston (Photo: Sarah Sundin, July 2014) 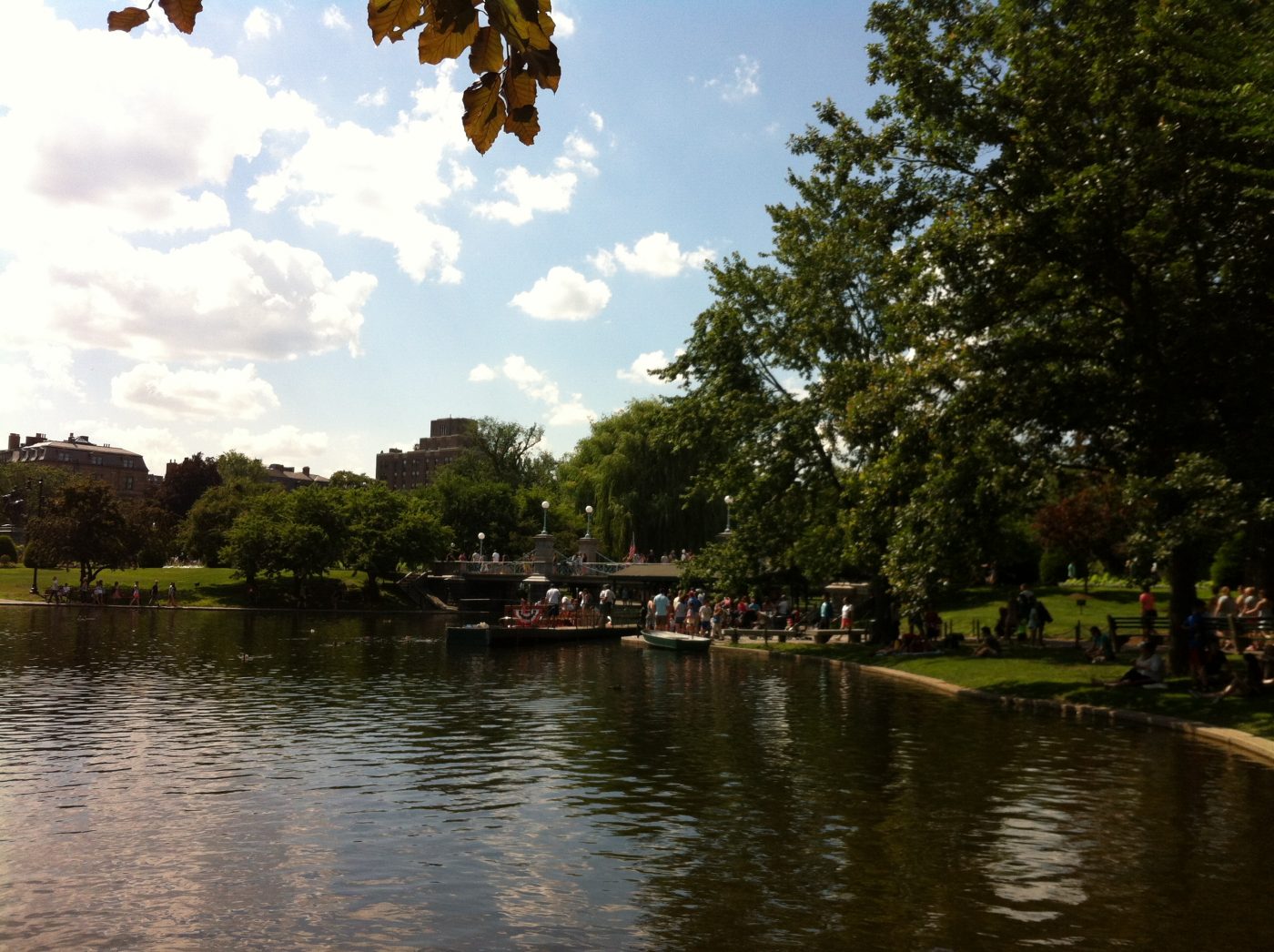 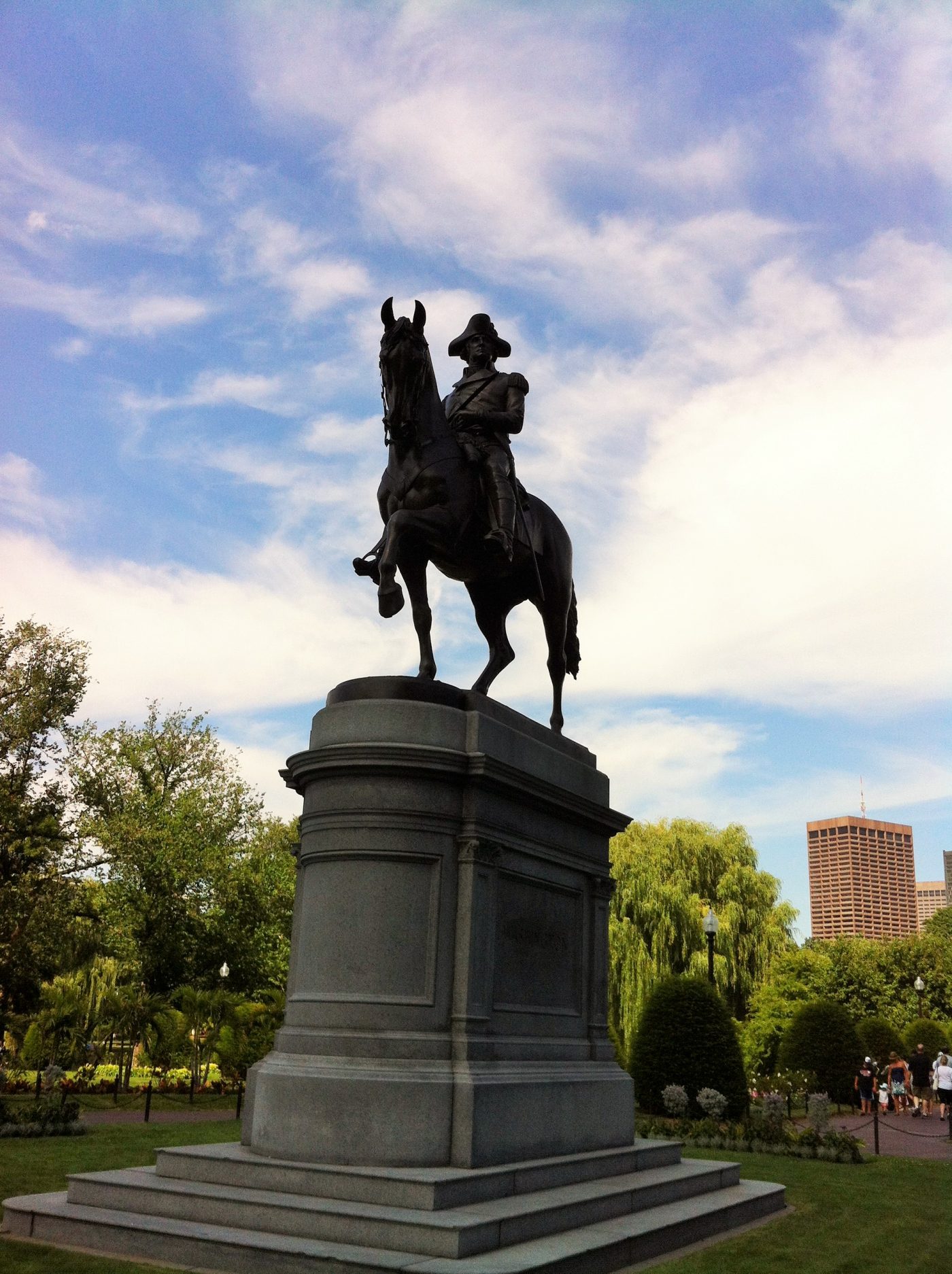 Next stop…Boston Common, the oldest public park in the world, dating from 1634. Throughout history it has served as grazing land for livestock, a location for hangings, training grounds for British troops, and a place of oratory and celebrations. The Parkman Bandstand has been used for music, theater, and speakers. Today the Frog Pond is used for ice-skating in the winter and wading in the summer. 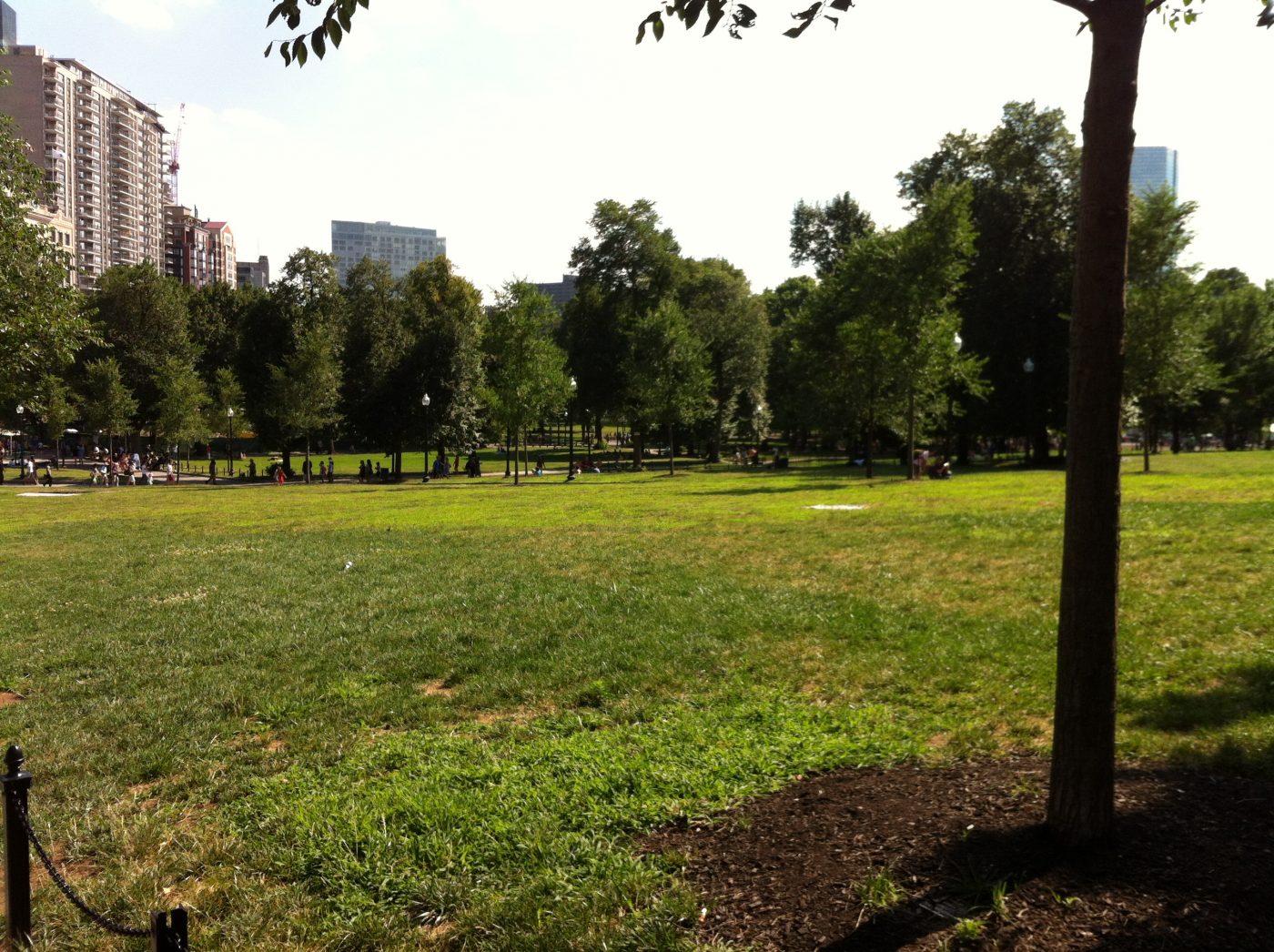 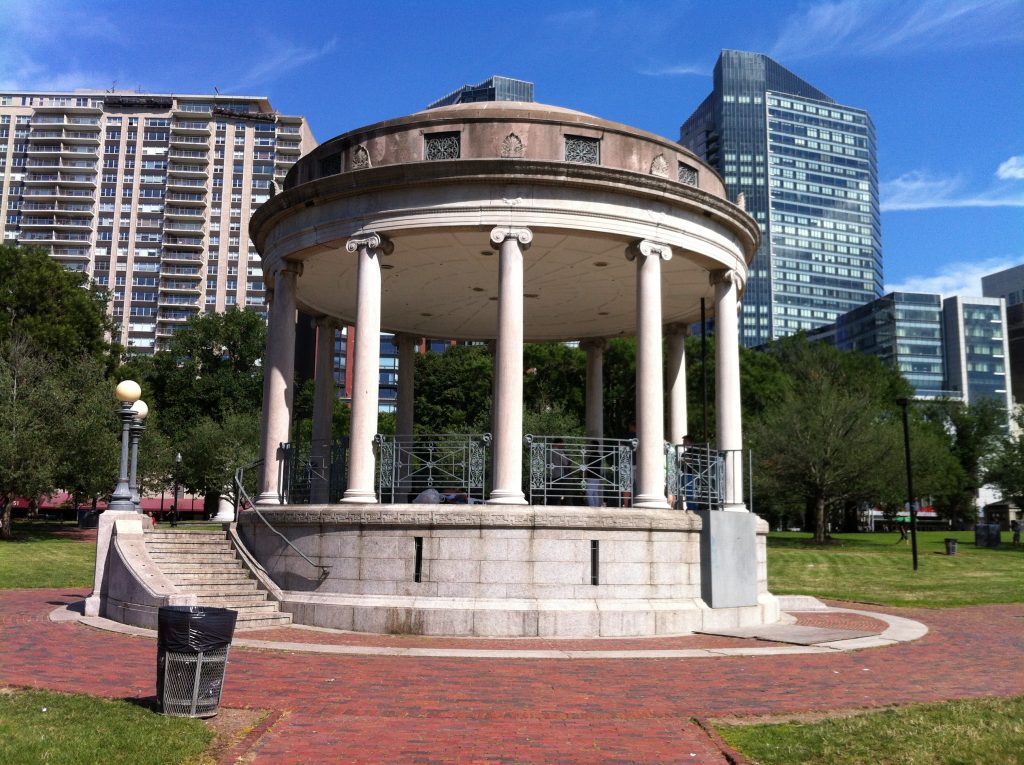 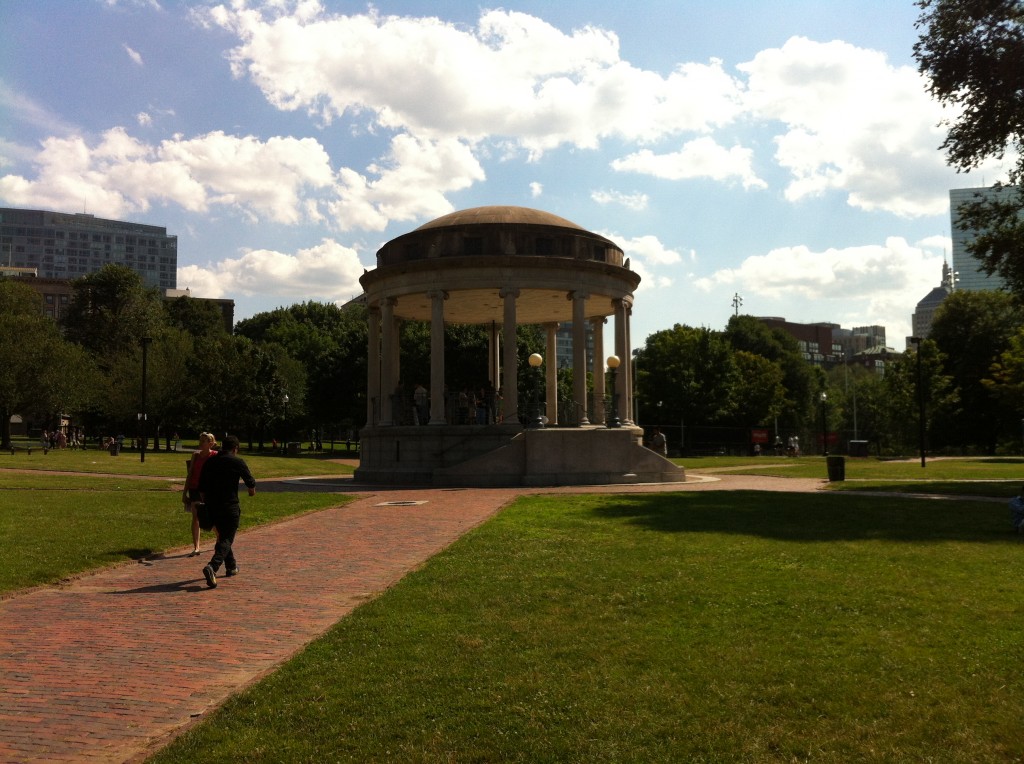 Located on Boston Common, Park Street and Boylston Stations are the first subway stations in America, dating from 1897, three years before New York’s subway opened. At the northeast corner of the Common stands the Robert Gould Shaw Memorial, erected in 1897 to honor the 54th Regiment Massachusetts Volunteer Infantry, the African-American unit that served with distinction in the Civil War. Across Beacon Street from the Shaw Memorial is the Massachusetts State House, the capitol of the Commonwealth of Massachusetts. Designed by architect Charles Bulfinch and completed in 1798, the dome was covered in copper by Paul Revere in 1802, then in gold leaf in 1874. After Pearl Harbor, the dome was painted black as an air raid precaution! 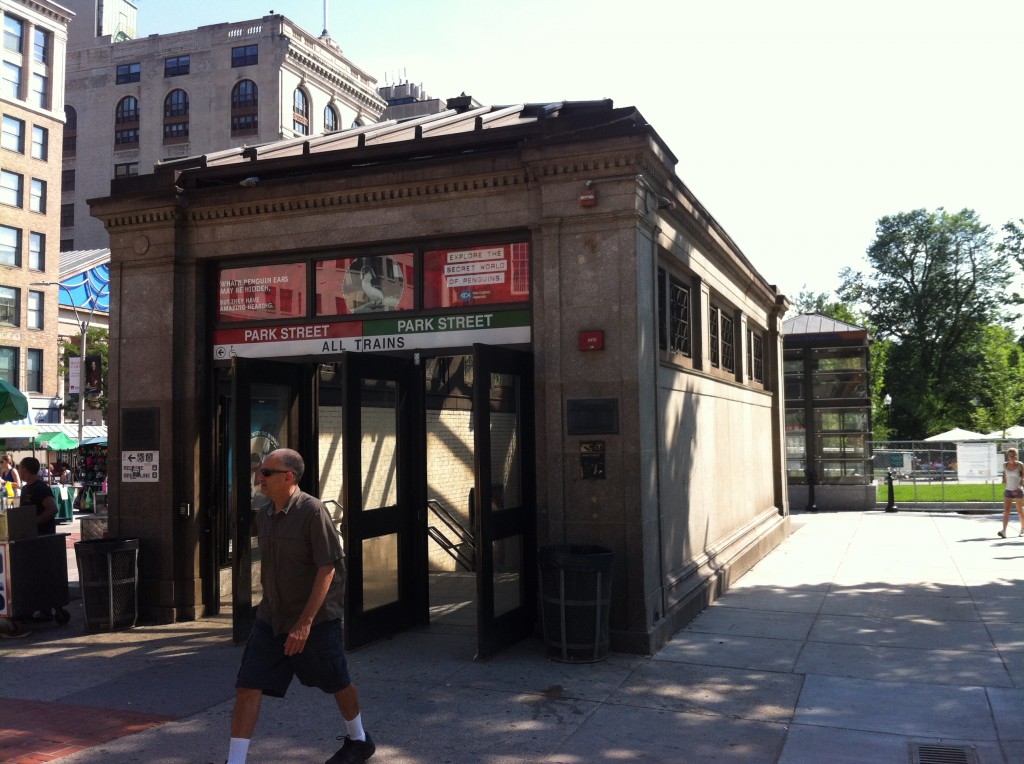 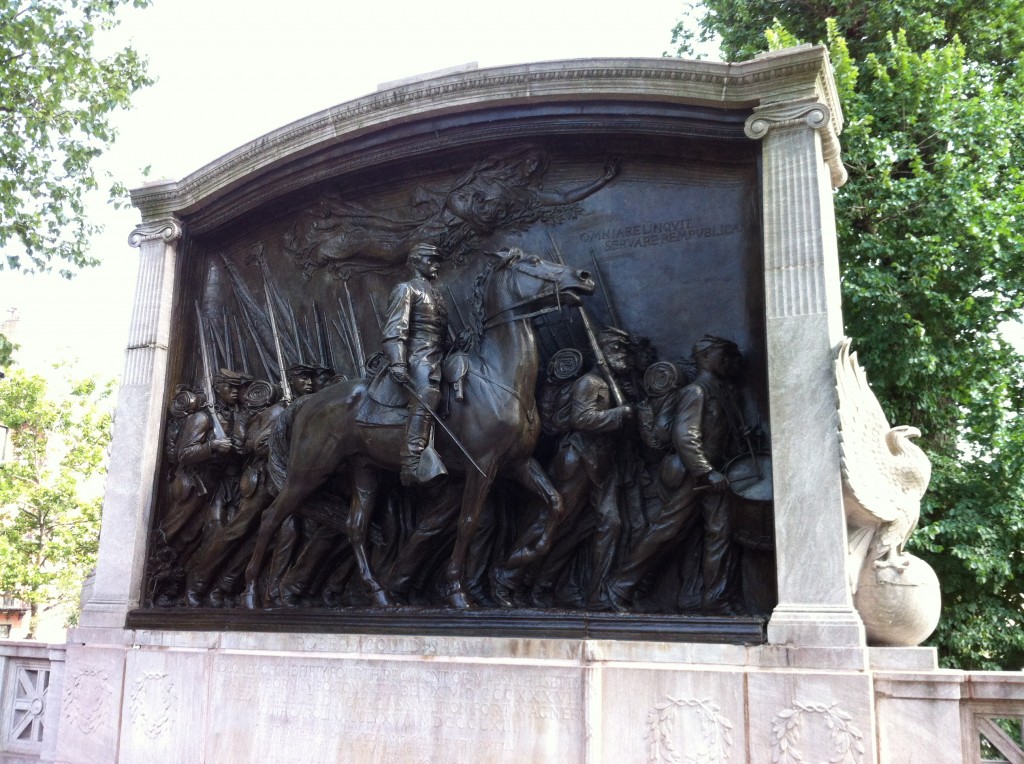 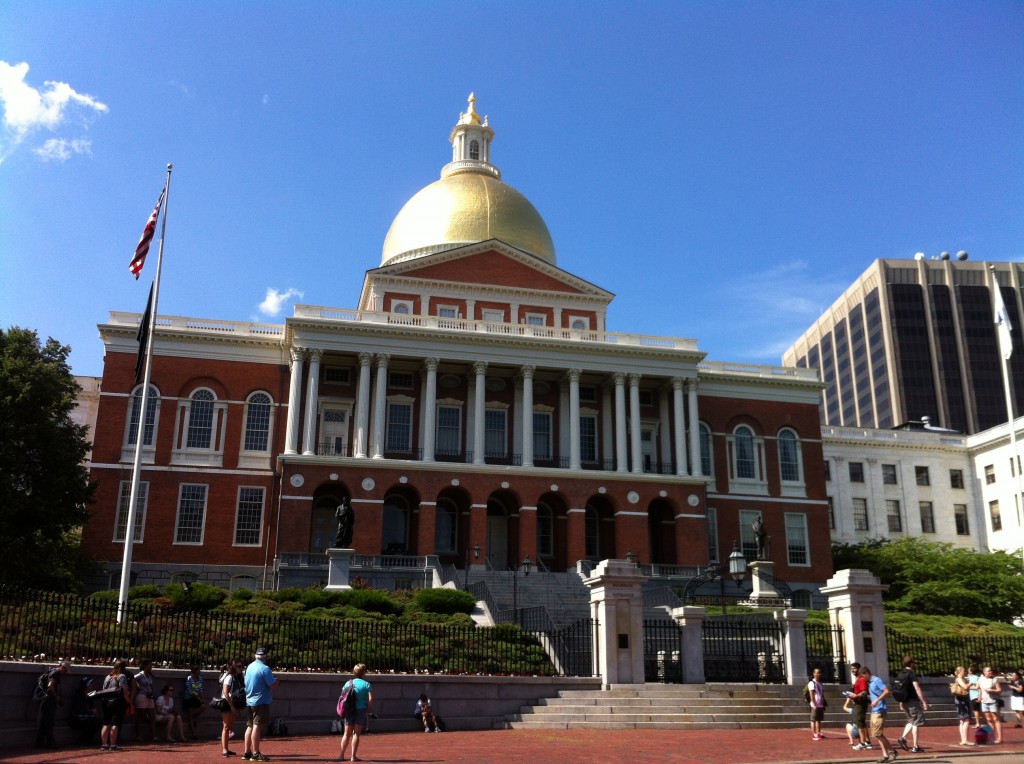