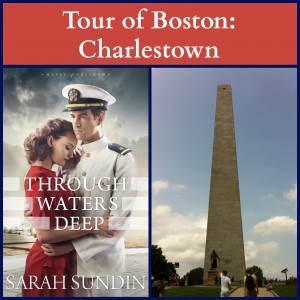 I’ve been blessed to visit Boston a number of times. In July 2014, I made a research trip and took lots of pictures to help me visualize the story. We’ll follow the Freedom Trail, established in the 1950s to connect Boston’s multiple historical sites. Join us as we explore:

Today we cross the Charles River from downtown Boston to visit Charlestown and the USS Constitution. Settled by the Puritans in 1628, the city was incorporated in 1847 and annexed to the City of Boston in 1874, making it a neighborhood. Charlestown is most famous as the site of the Battle of Bunker Hill and for the Charlestown Navy Yard, home of the USS Constitution and the WWII destroyer USS Cassin Young. The next post in this Tour of Boston series will look at the Navy Yard, and next week I’ll show pictures from the Cassin Young and other destroyers.

At the base of the Charlestown Bridge lies City Square, the location of a park and shops, and the former location of an “El” station. Just off City Square at the corner of Main and Henley lies my fictional Dixon’s Drugs, a store featured in the second book in the series, Anchor in the Storm. 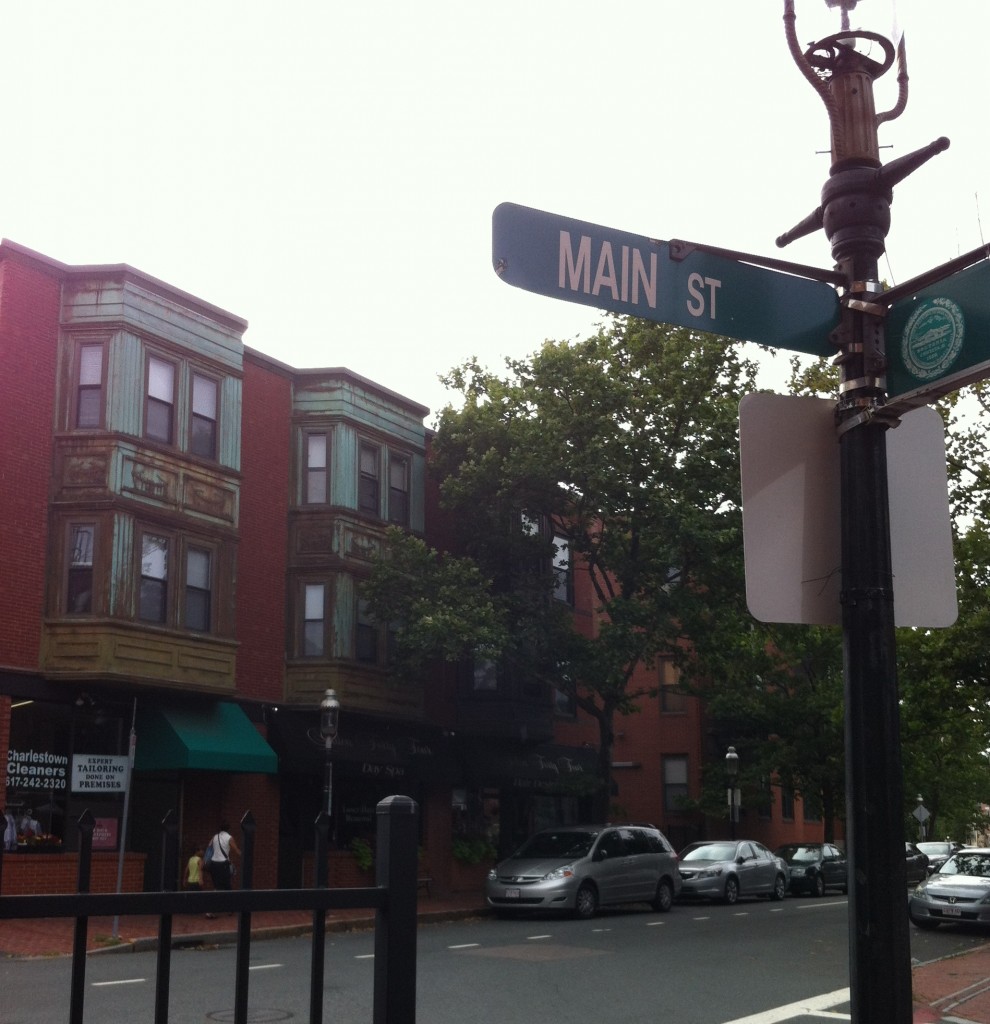 Monument Avenue leads from Main Street up Breed’s Hill to the Bunker Hill Monument. This lovely linden-tree lined avenue is where I chose to place Mary Stirling’s apartment in the book. 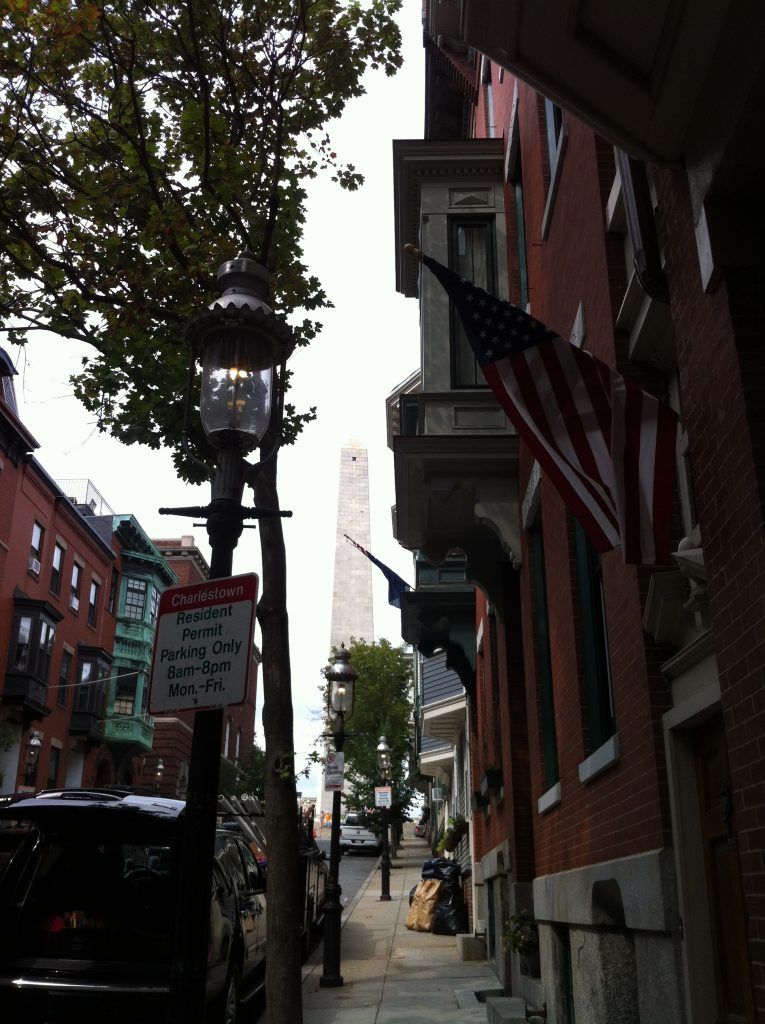 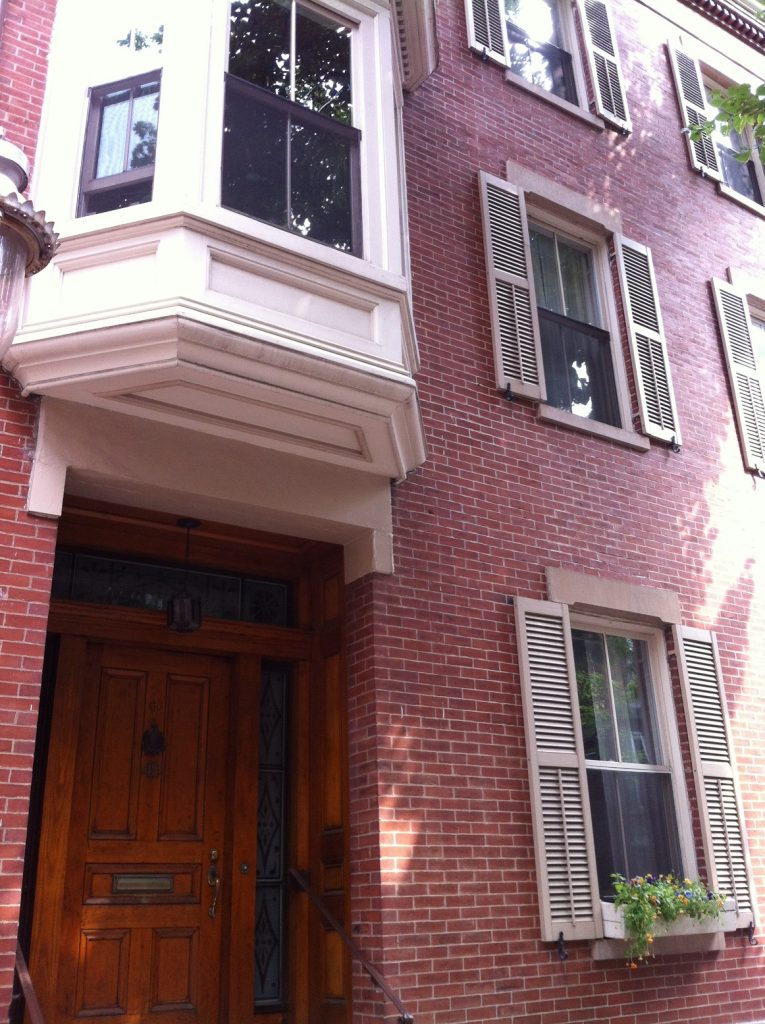 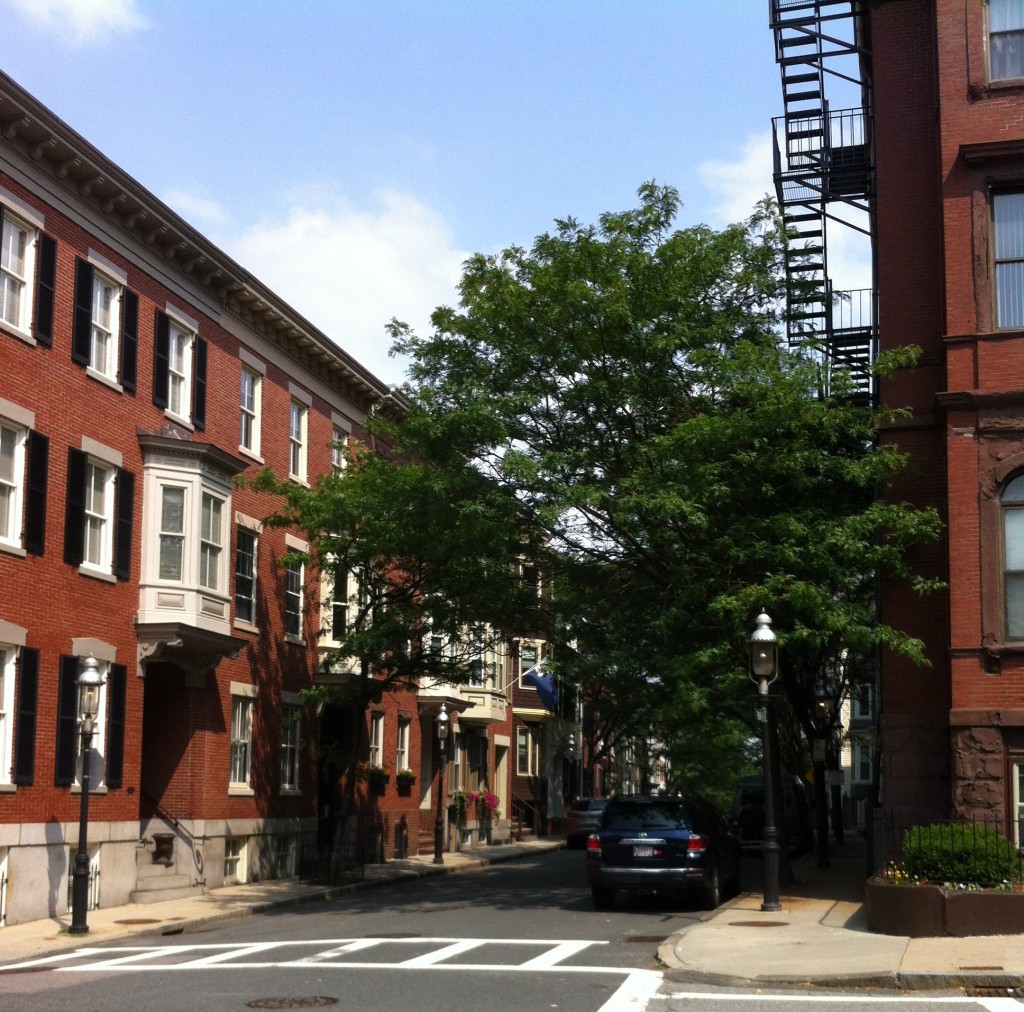 At the top of Breed’s Hill sits the Bunker Hill Monument, built in 1842 to commemorate the Battle of Bunker Hill. On 17 June 1775, the British defeated the Colonists, but they did so at high cost. The Revolutionary cause was galvanized, and “Don’t fire until you see the whites of their eyes!” became a rallying cry. Today the 221-foot granite obelisk stands tall, and the hearty can climb 294 steps for a breathtaking panoramic view of Charlestown and Boston. The Bunker Hill Museum sits across the street from the Monument and has wonderful exhibits. 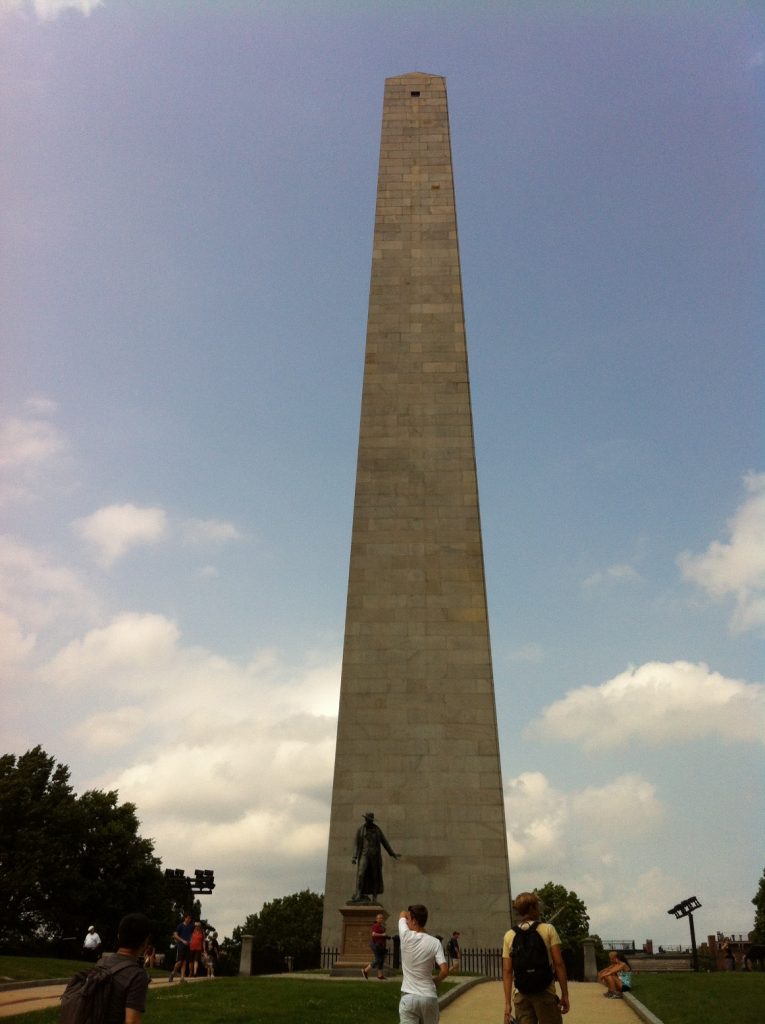 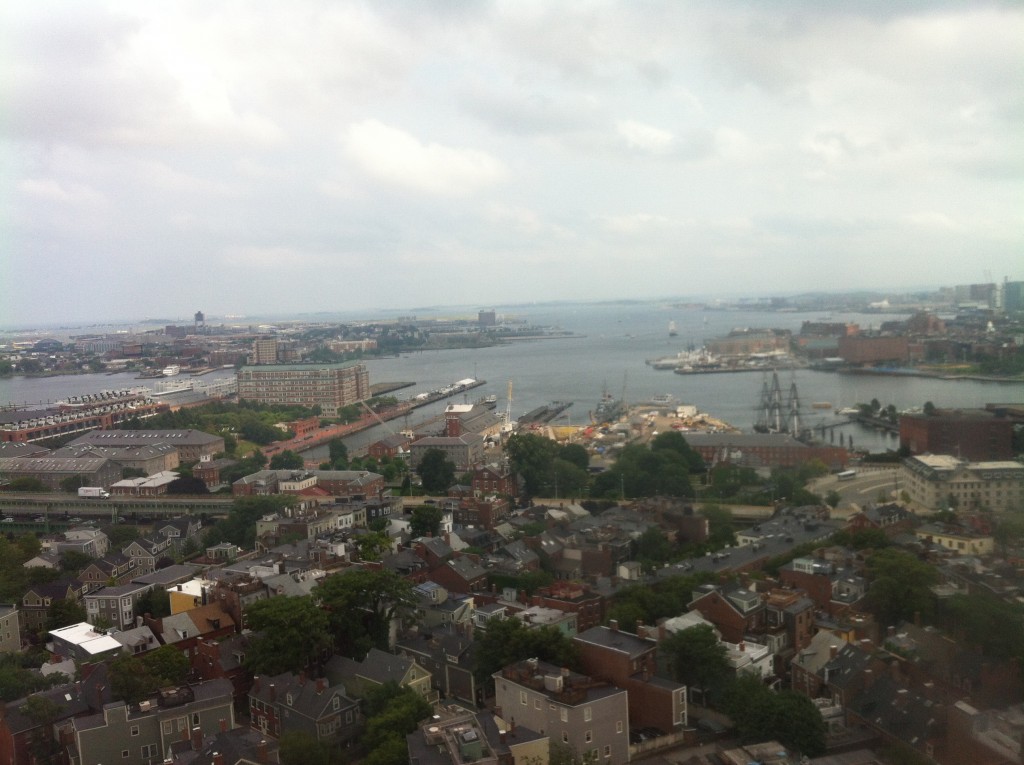 View of the Charlestown Navy Yard and downtown Boston from the top of the Bunker Hill Monument (Photo: Sarah Sundin, July 2014) 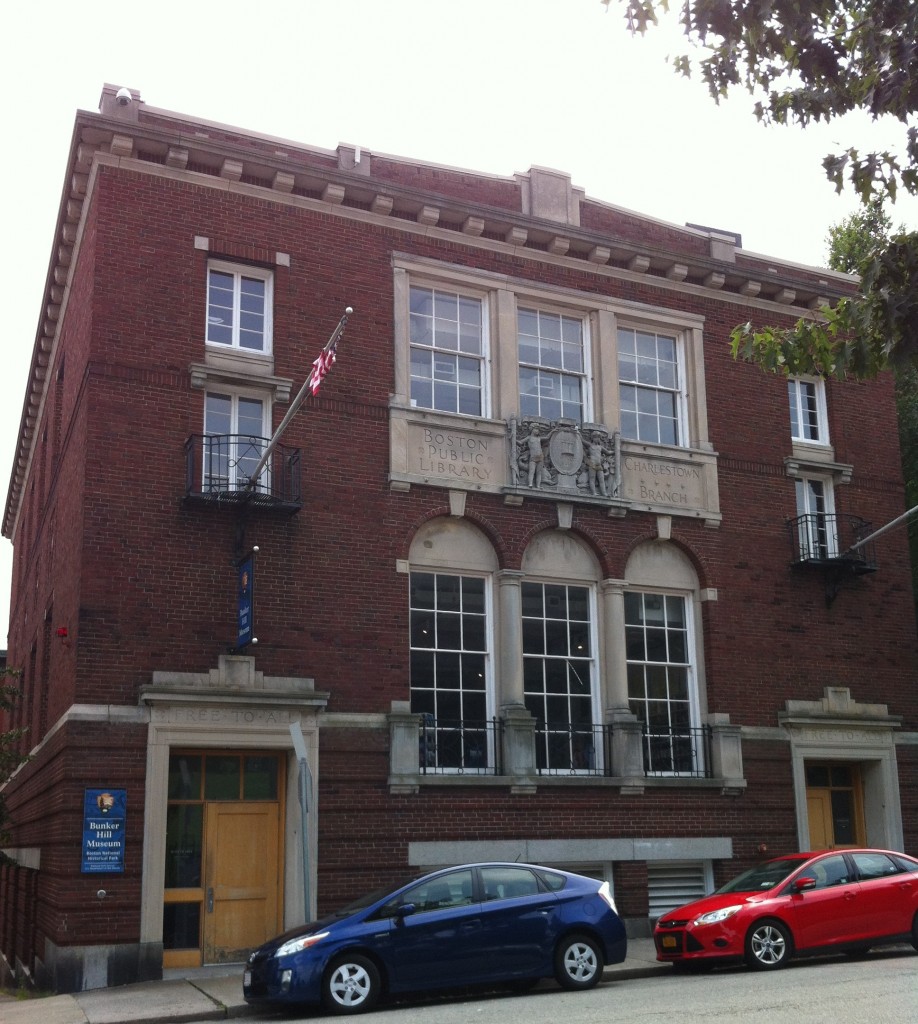 Bunker Hill Museum in Charlestown. The building used to be a library. (Photo: Sarah Sundin, July 2014)

Down on the Charles River we come to the Charlestown Navy Yard, known as the Boston Navy Yard during World War II. The Navy Yard is the official home of the USS Constitution, the flagship of the United States Navy and the oldest commissioned warship in the world. Launched in Boston in 1797, the frigate earned her fame in the War of 1812, when she obtained the nickname “Old Ironsides” for how cannonballs bounced off her oaken hull. 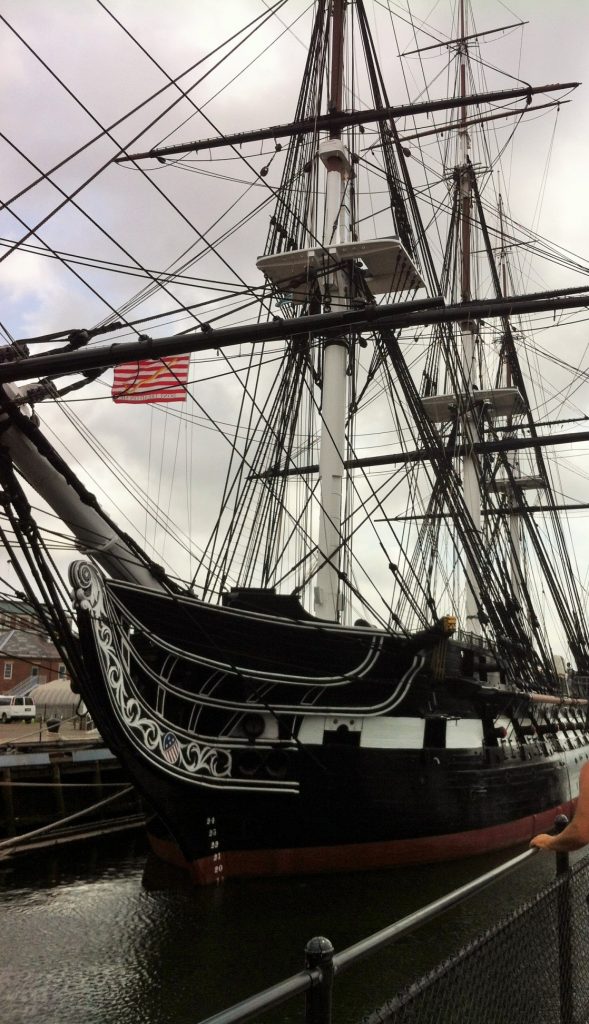 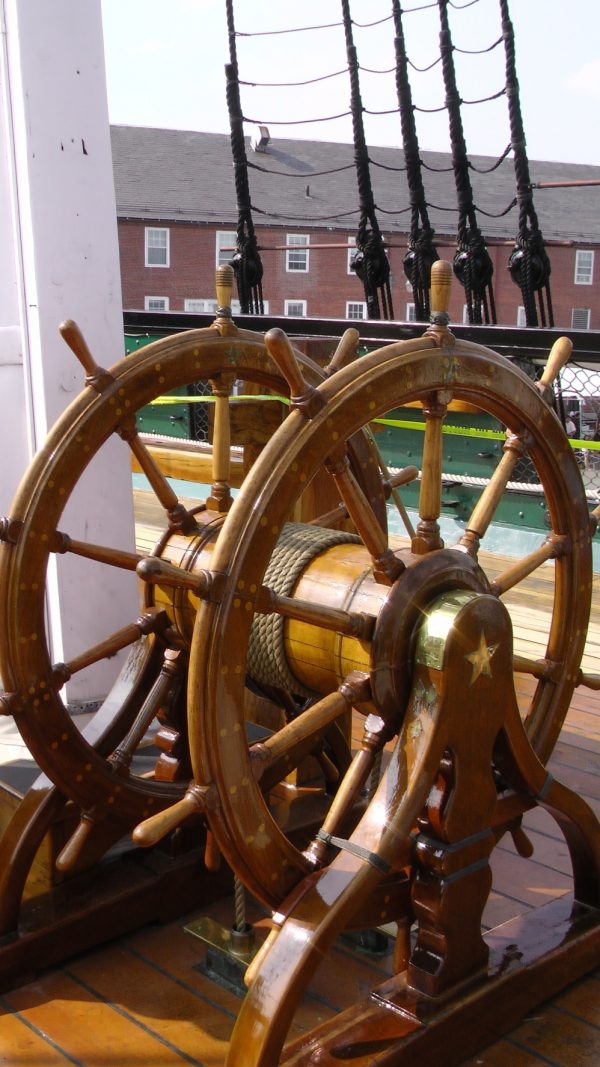 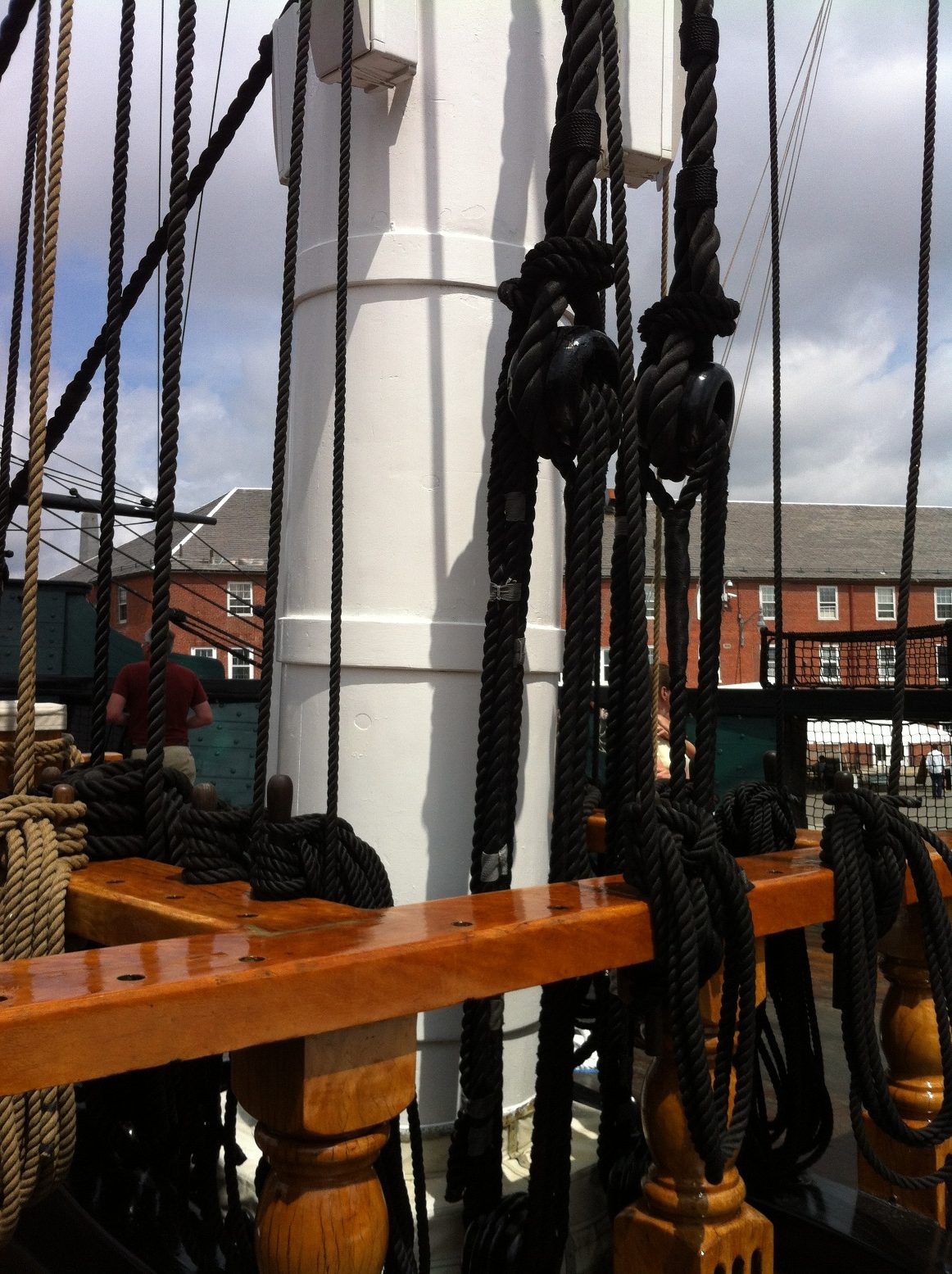 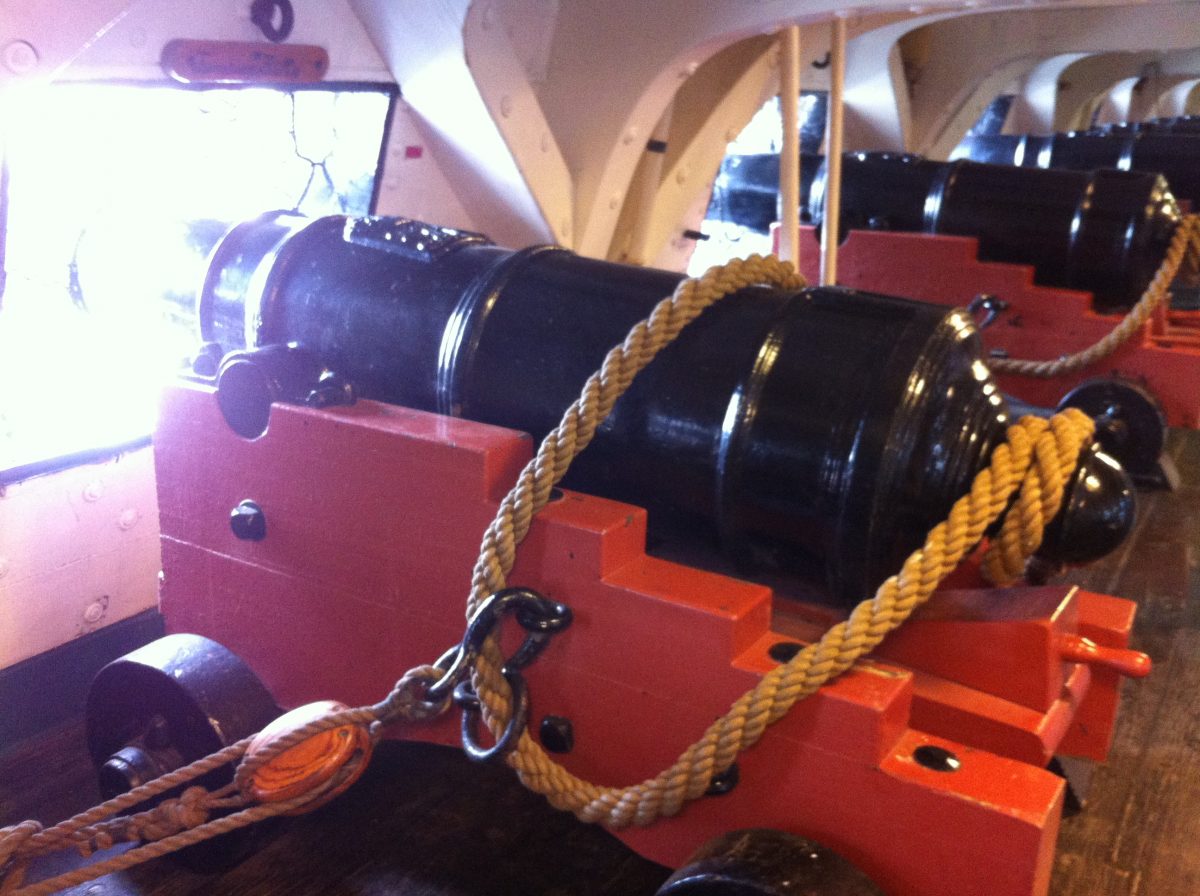 The Constitution undergoes periodic restorations. In 1925, schoolchildren were encouraged to donate their pennies to restore Old Ironsides, and my grandmother received this little button for her contribution. The USS Constitution Museum sells jewelry made from copper reclaimed in restoration projects, and I couldn’t resist this bracelet and earring set. The Constitution is currently in Dry Dock 1 for another restoration through 2017, but she’s still open for visitors. 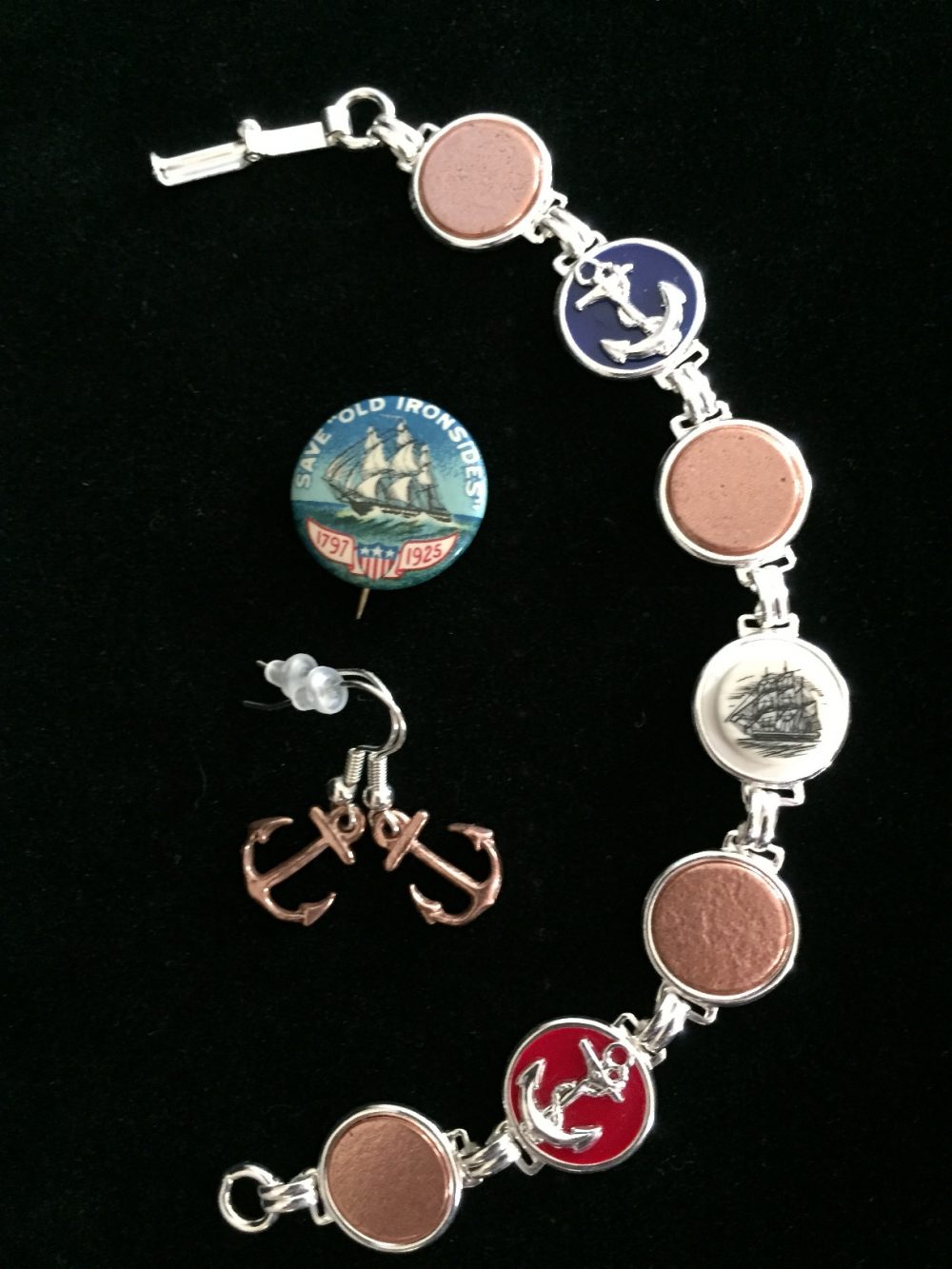 Jewelry made from copper reclaimed from restoration of USS Constitution, plus a button from the 1925 restoration fund drive. (Photo: Sarah Sundin)

13 responses to “Through Waters Deep – Tour of Boston, Part 4”