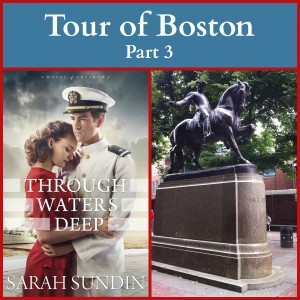 I’ve been blessed to visit Boston a number of times. In July 2014, I made a research trip and took lots of pictures to help me visualize the story. We’ll follow the Freedom Trail, established in the 1950s to connect Boston’s multiple historical sites. Come along as we explore:

Today we’ll visit Boston’s North End, starting at the Paul Revere House, built in 1680, the oldest structure in downtown Boston. The famous silversmith and engraver lived here from 1770-1800, and started his famous “Midnight Ride” here on April 18, 1775. The house was restored and opened as a popular tourist site in 1908. 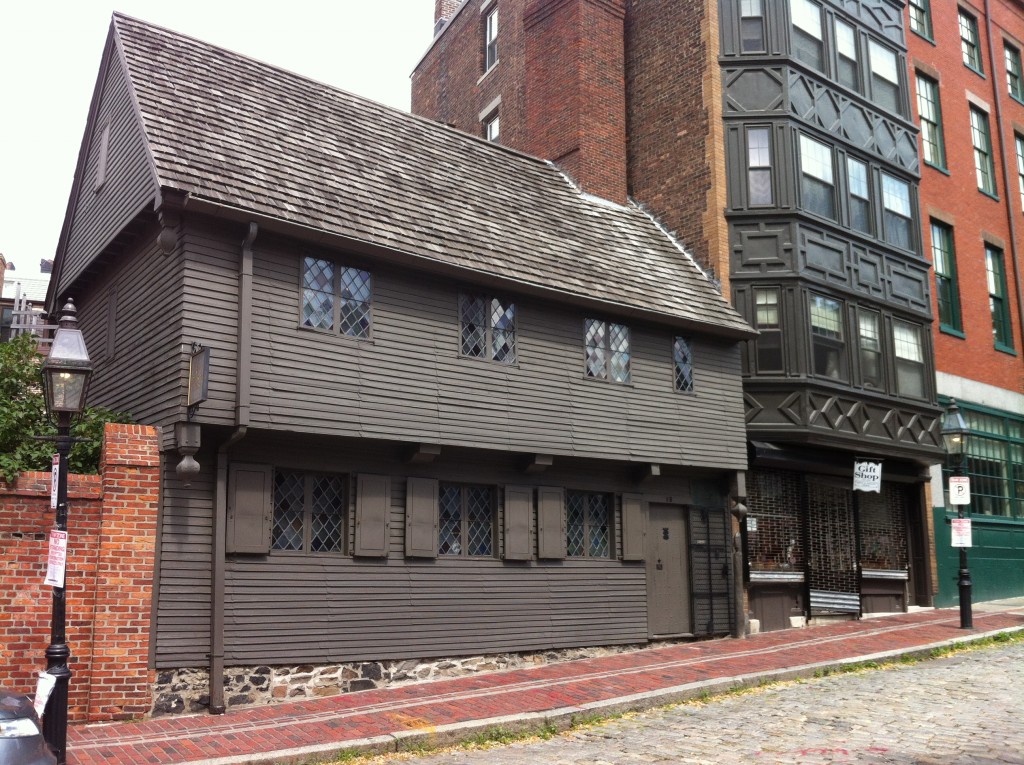 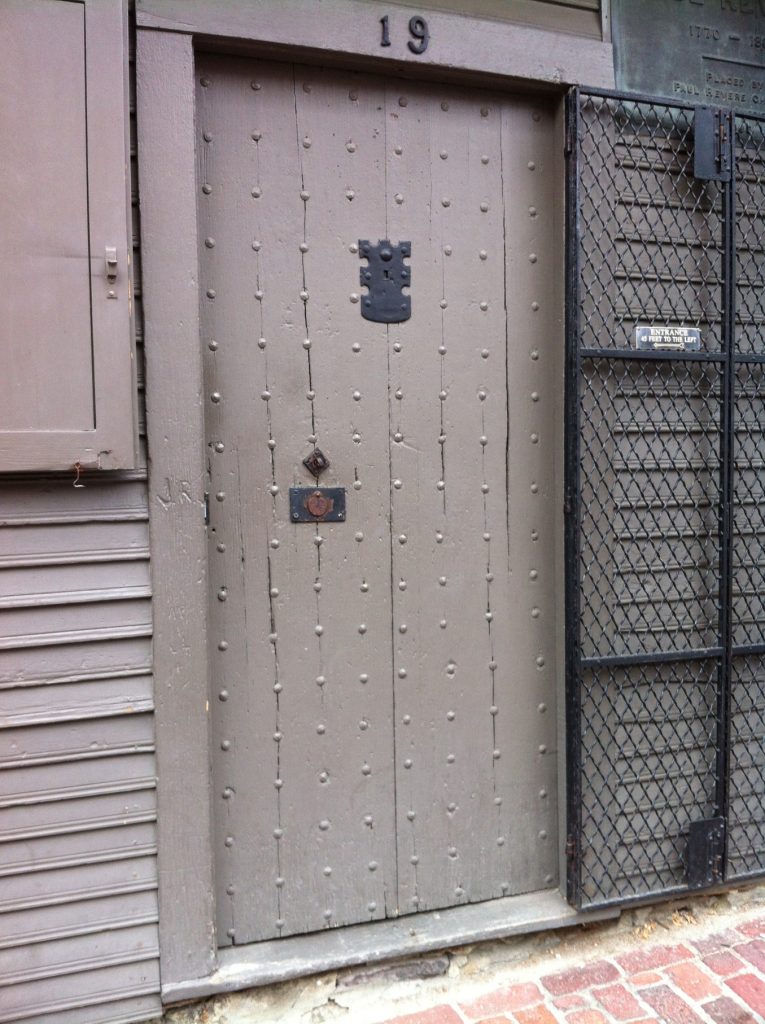 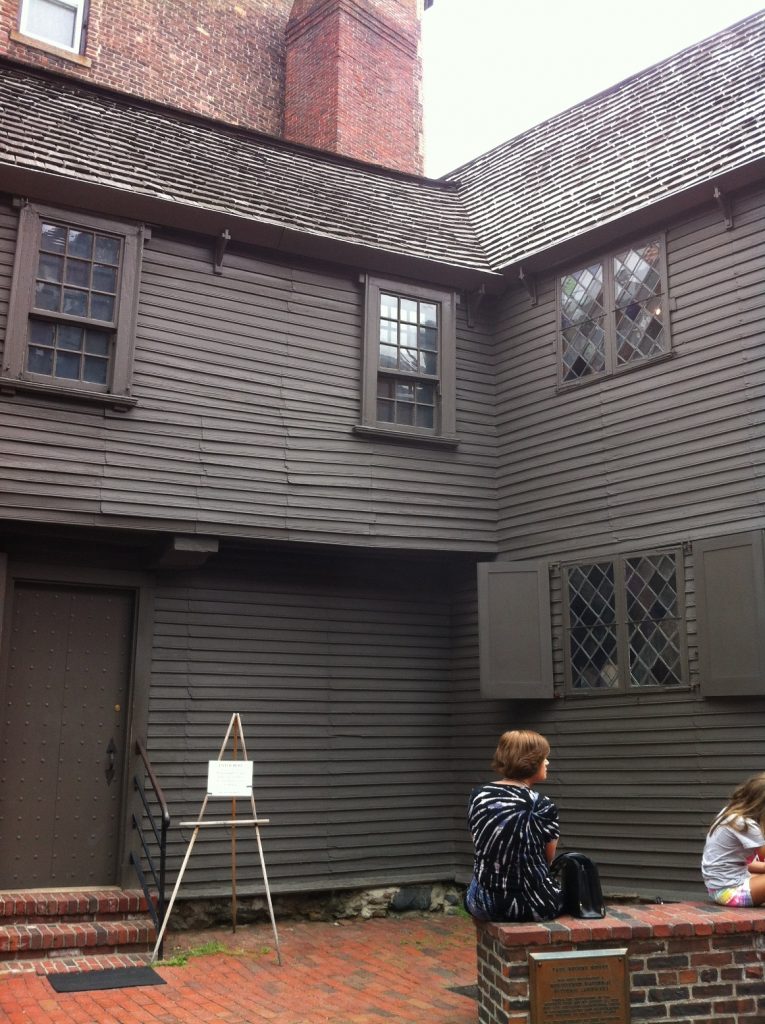 A short walk along the Freedom Trail, and we reach the Paul Revere Mall, built in 1933. This pleasant park leads to the Old North Church. The iconic statue of Paul Revere on his famous ride was erected here in 1940. 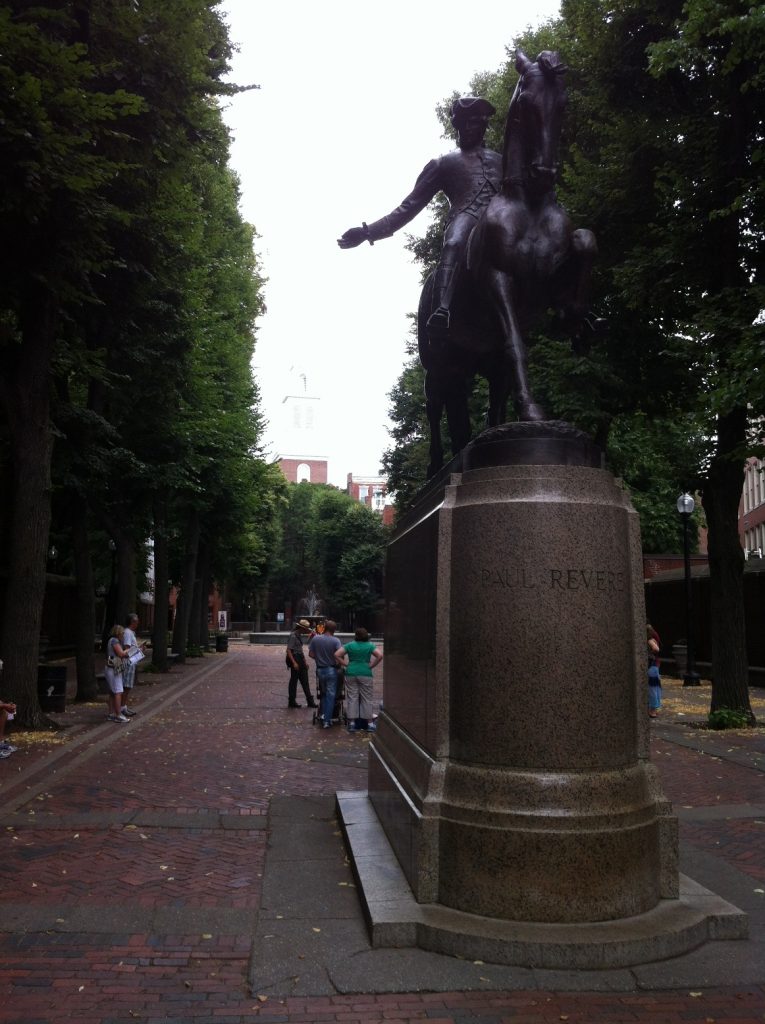 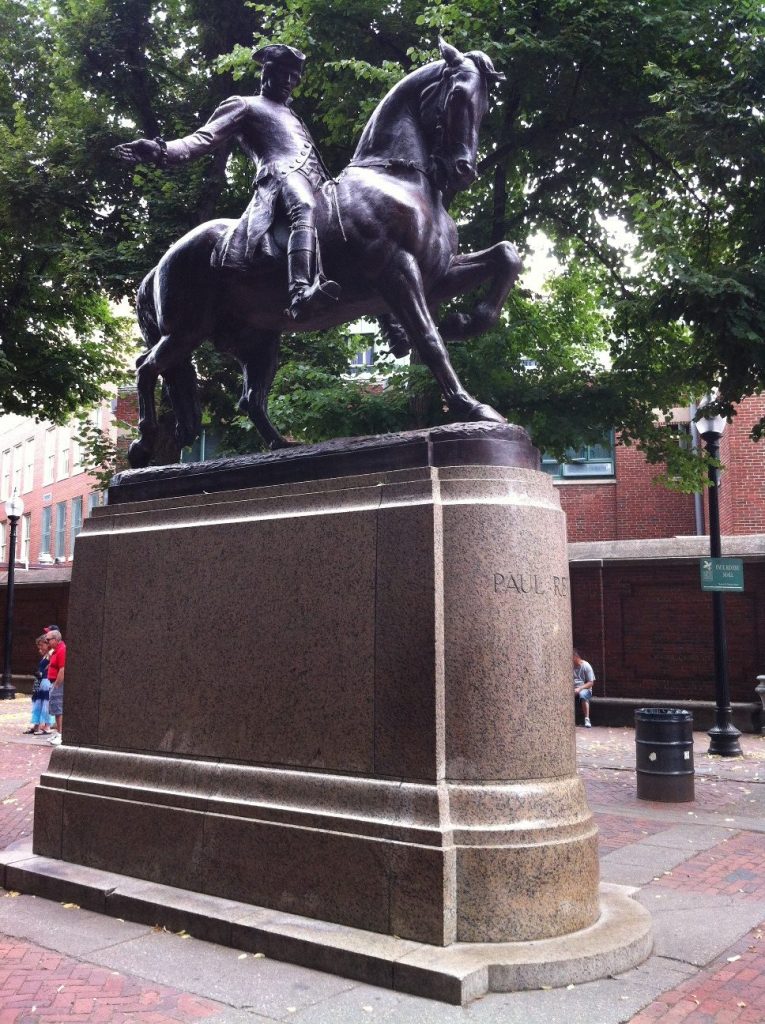 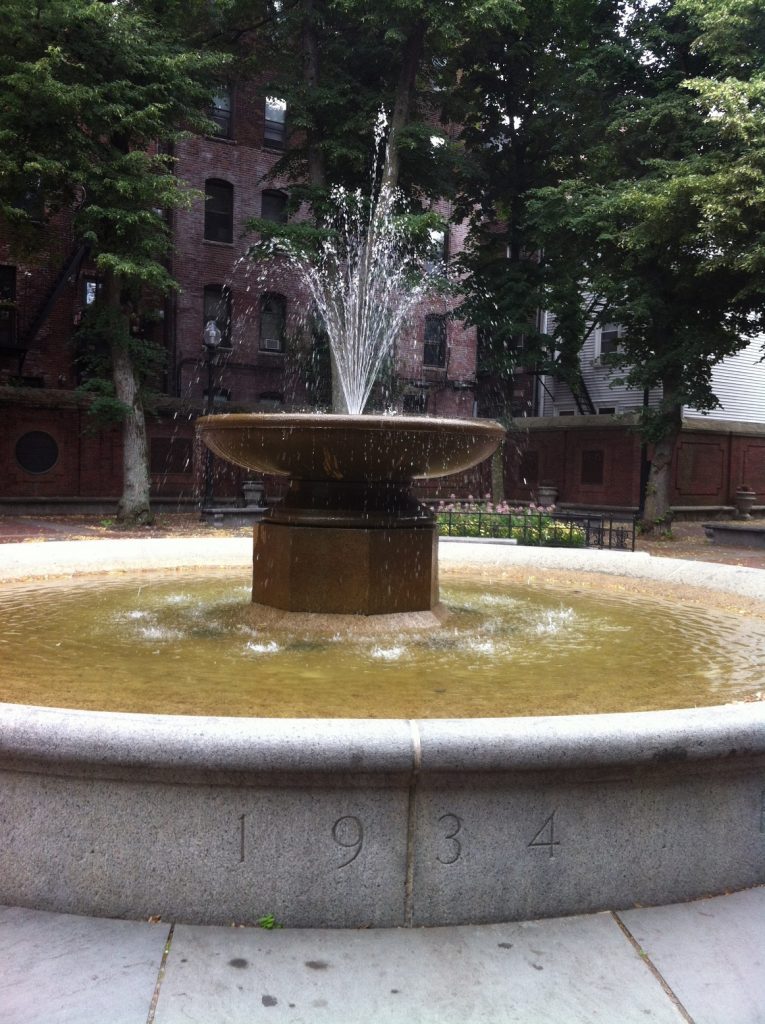 Christ Church, commonly called Old North Church, is Boston’s oldest standing church, built in 1723. The famous steeple and bell tower were erected in 1745, making Old North Church Boston’s tallest building until 1810, when it was surpassed by Park Street Church. Late at night on April 18, 1775, the sexton hung two lanterns in the tall steeple, warning patriots across the Charles River in Charlestown that the British soldiers were coming. In his famous poem “Paul Revere’s Ride,” Henry Wadsworth Longfellow recorded the signal, “One, if by land, and two, if by sea.” 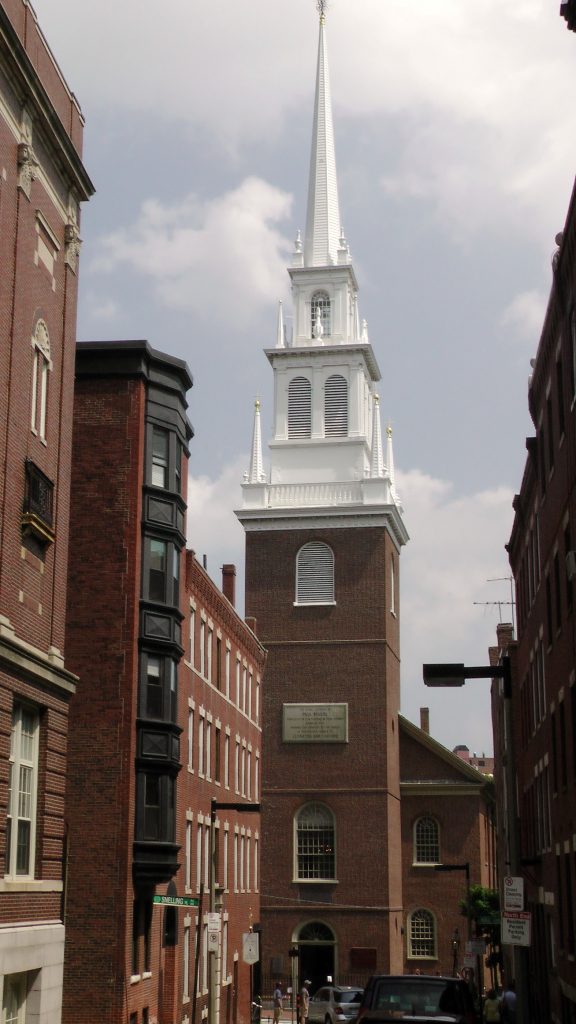 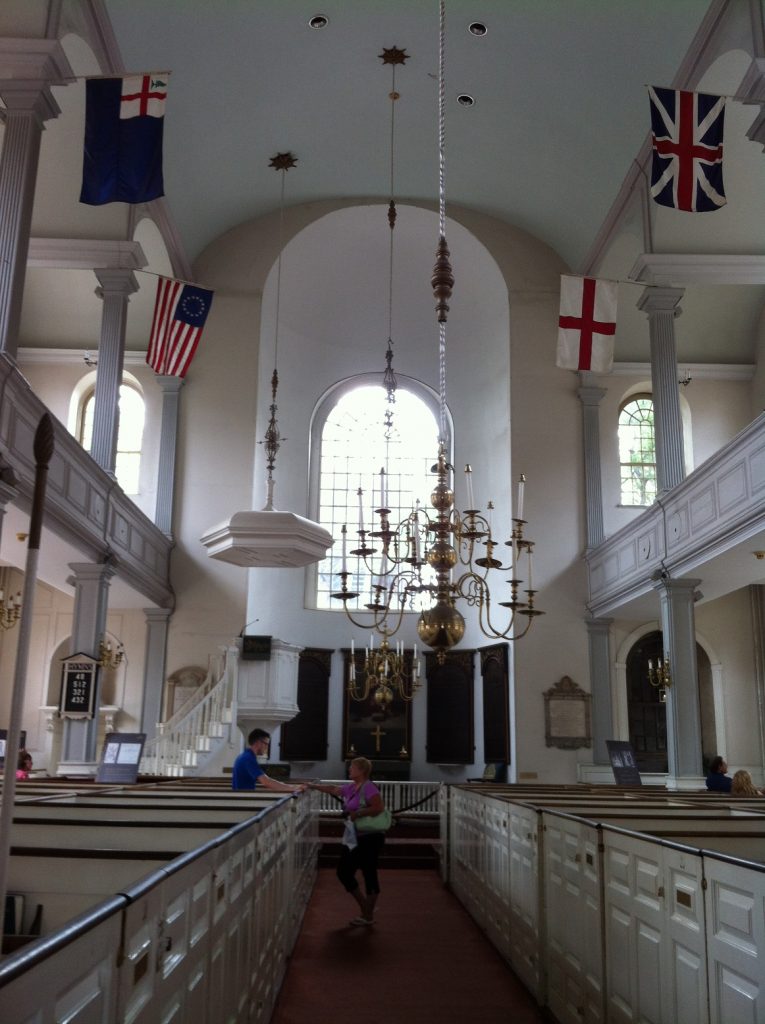 74 Responses to “Through Waters Deep – Tour of Boston, Part 3”