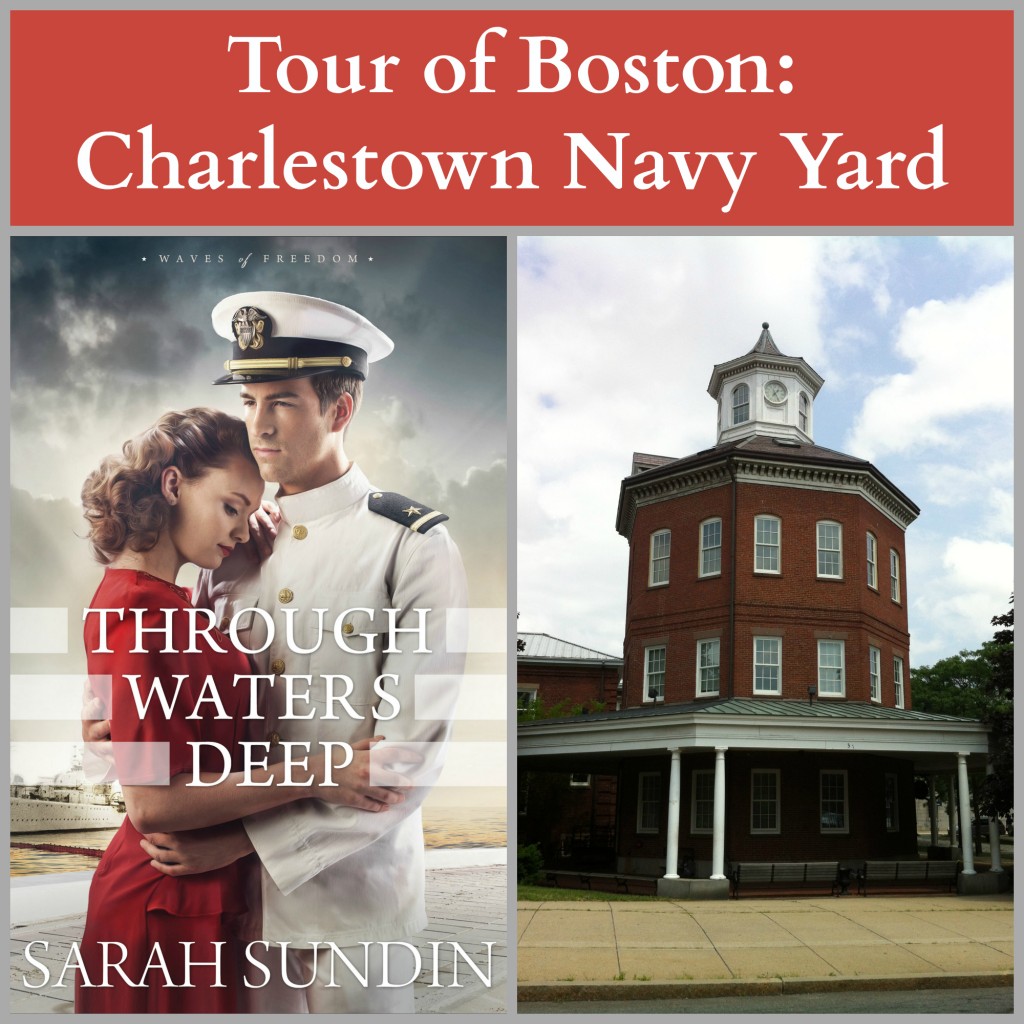 I’ve been blessed to visit Boston a number of times. In July 2014, I made a research trip and took lots of pictures to help me visualize the story. We’ve followed the Freedom Trail, established in the 1950s to connect Boston’s multiple historical sites. Earlier we explored:

Today we visit the Charlestown Navy Yard, originally known as the Boston Navy Yard. Founded in 1800, the Navy Yard became a major site for construction and repair of US naval warships. The Yard closed in 1973, but was incorporated into the Boston National Historical Park in 1974, and is now a popular tourist site.

Let’s follow the path of my fictional heroine in Through Waters Deep, Mary Stirling, as she goes to work. Entering the gate at the intersection of Chelsea and Tremont, we first pass the Ropewalk, built in 1837. Workers in this extremely long narrow building could fashion rope up to 1200-ft long. The ropewalk produced all manila line for the United States Navy until 1955. Just past the ropewalk stands the octagonal Muster House, built in the 1850s. 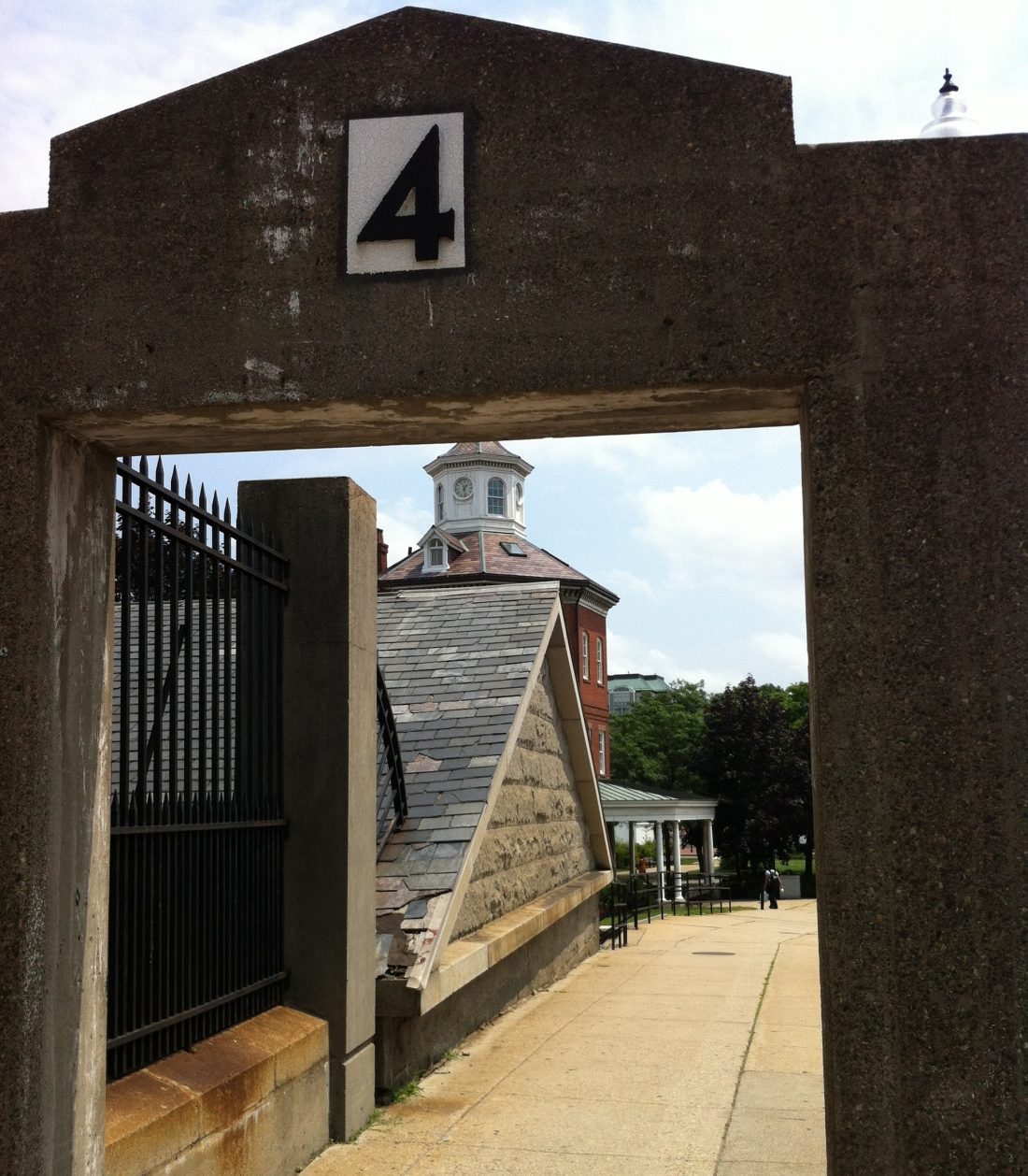 Gate 4 at the Charlestown Navy Yard in Boston. Through the gate you can see the Ropewalk and the Muster House (Photo: Sarah Sundin, July 2014) 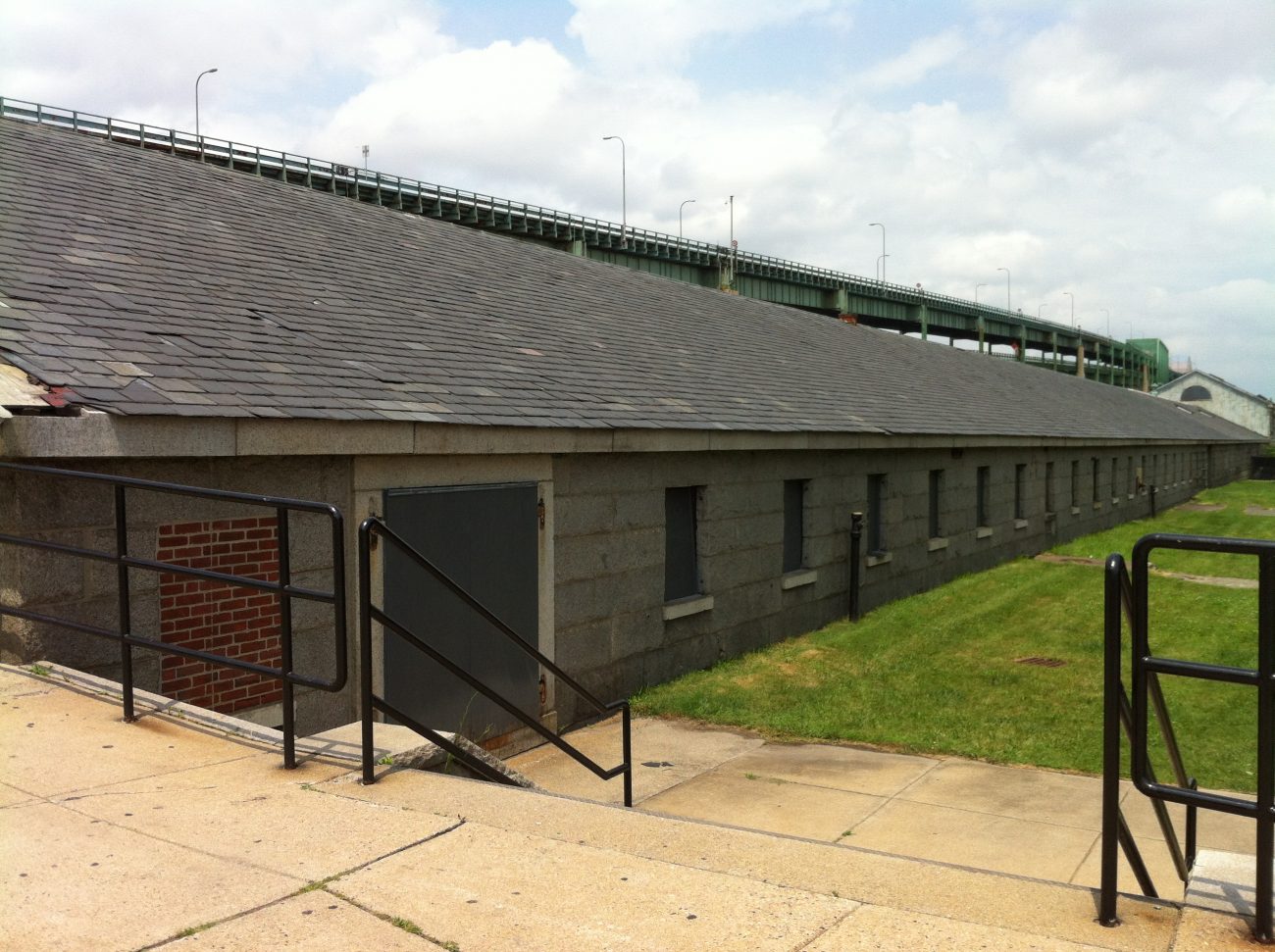 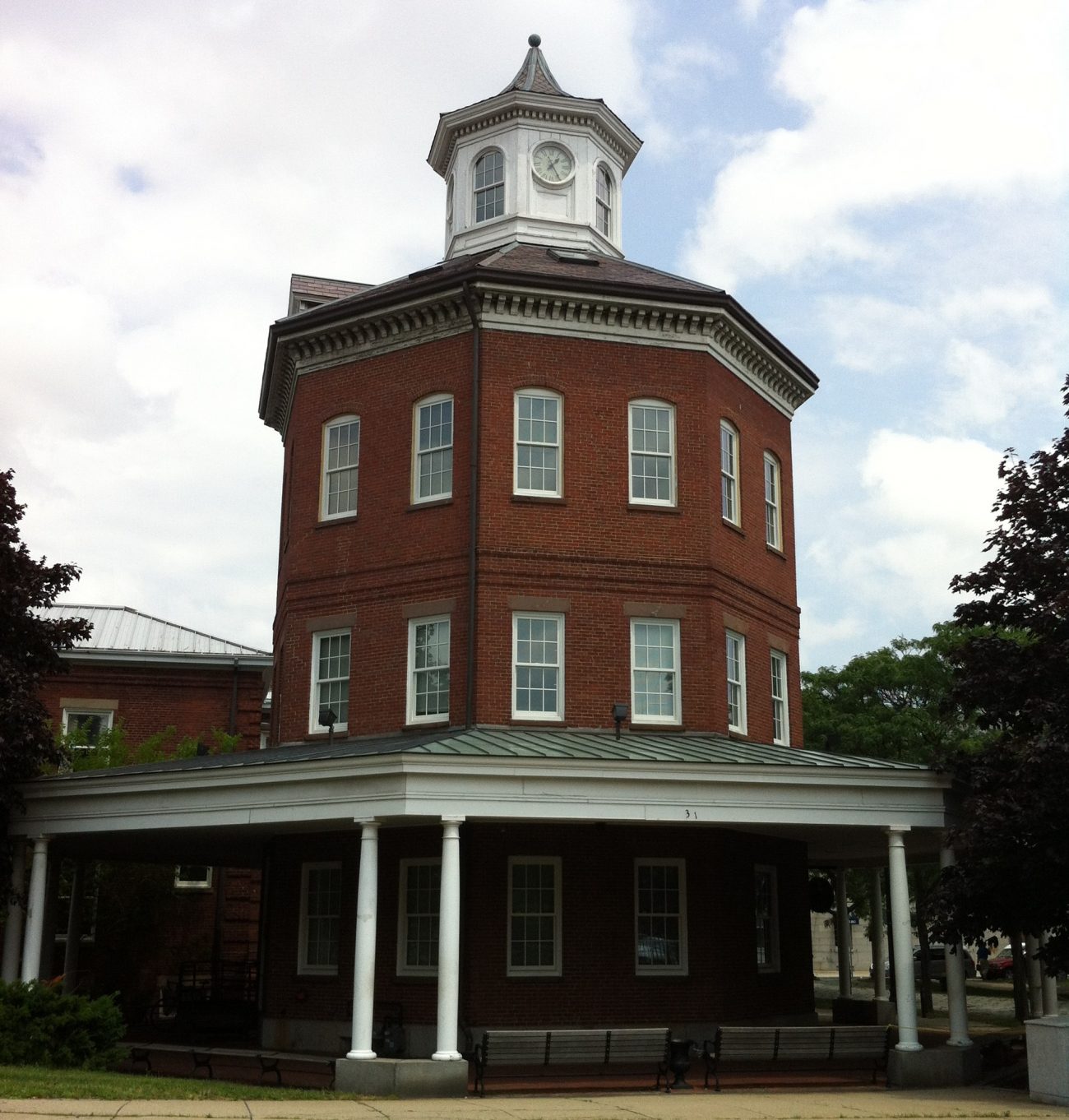 Heading to the northeast along Second Avenue, we enter a large cluster of buildings used for everything from offices to workshops to storage to forges. No longer part of the Navy Yard, these buildings are being converted to civilian use. Mary works in a fictional office in Building 39. 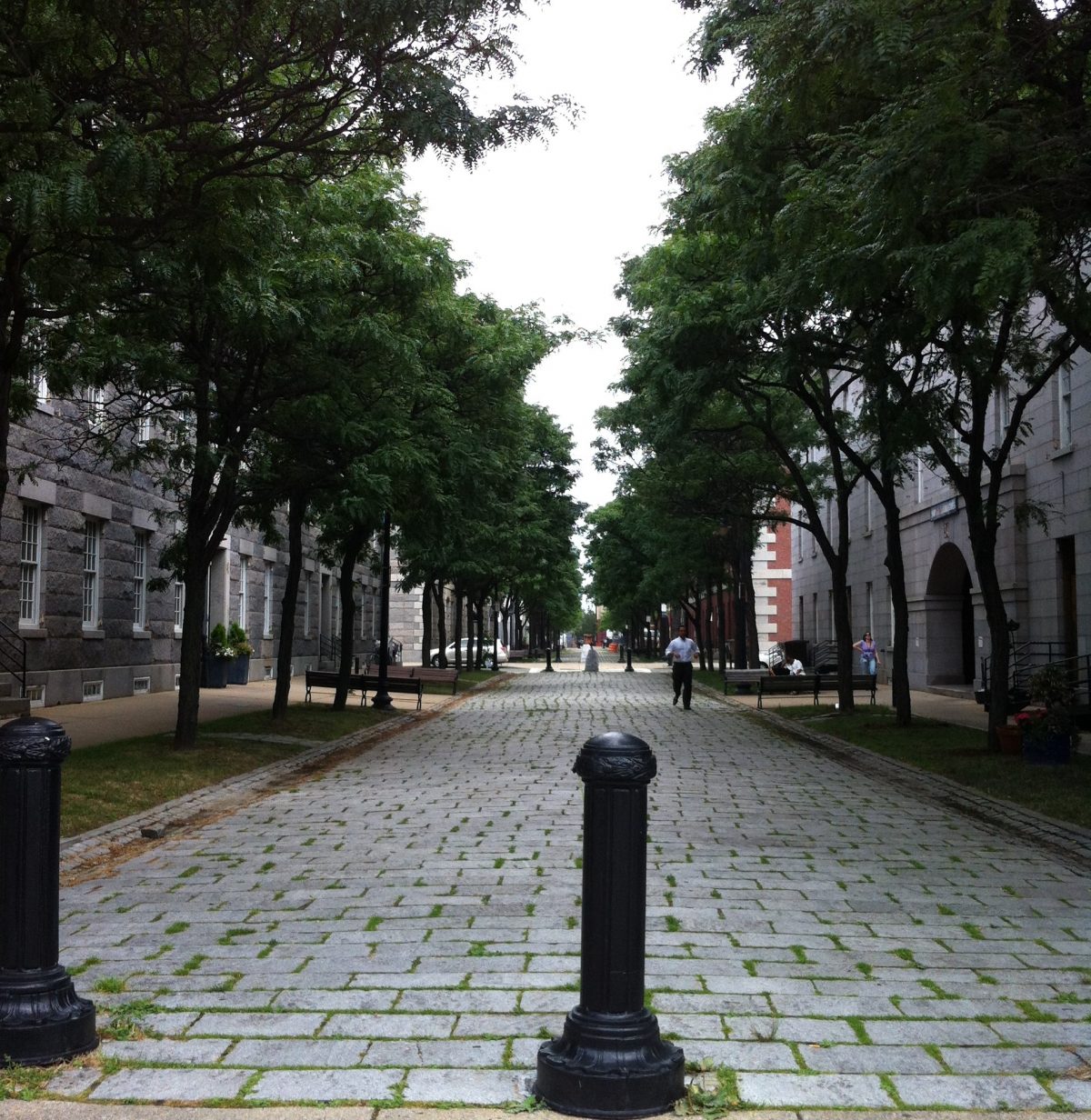 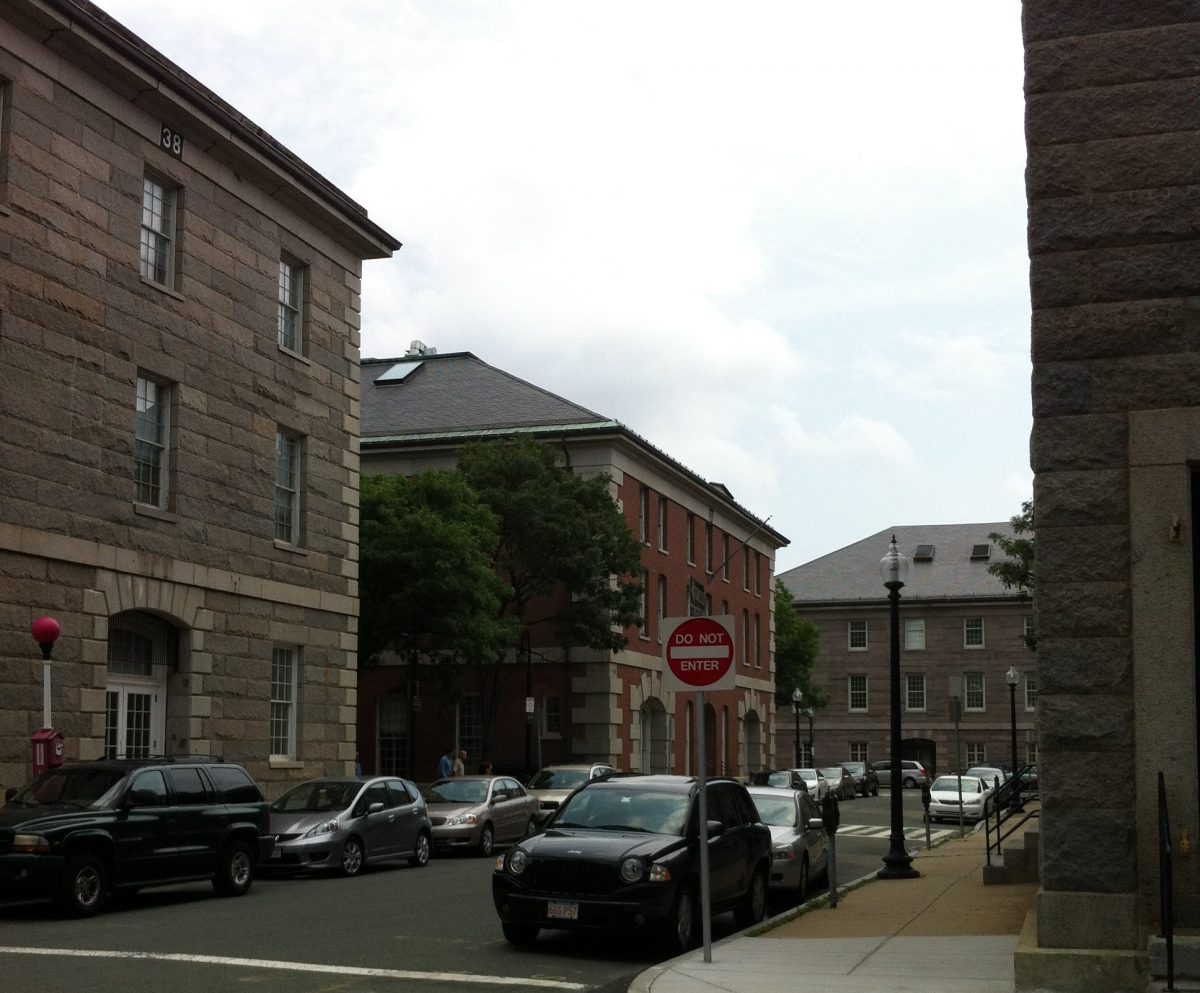 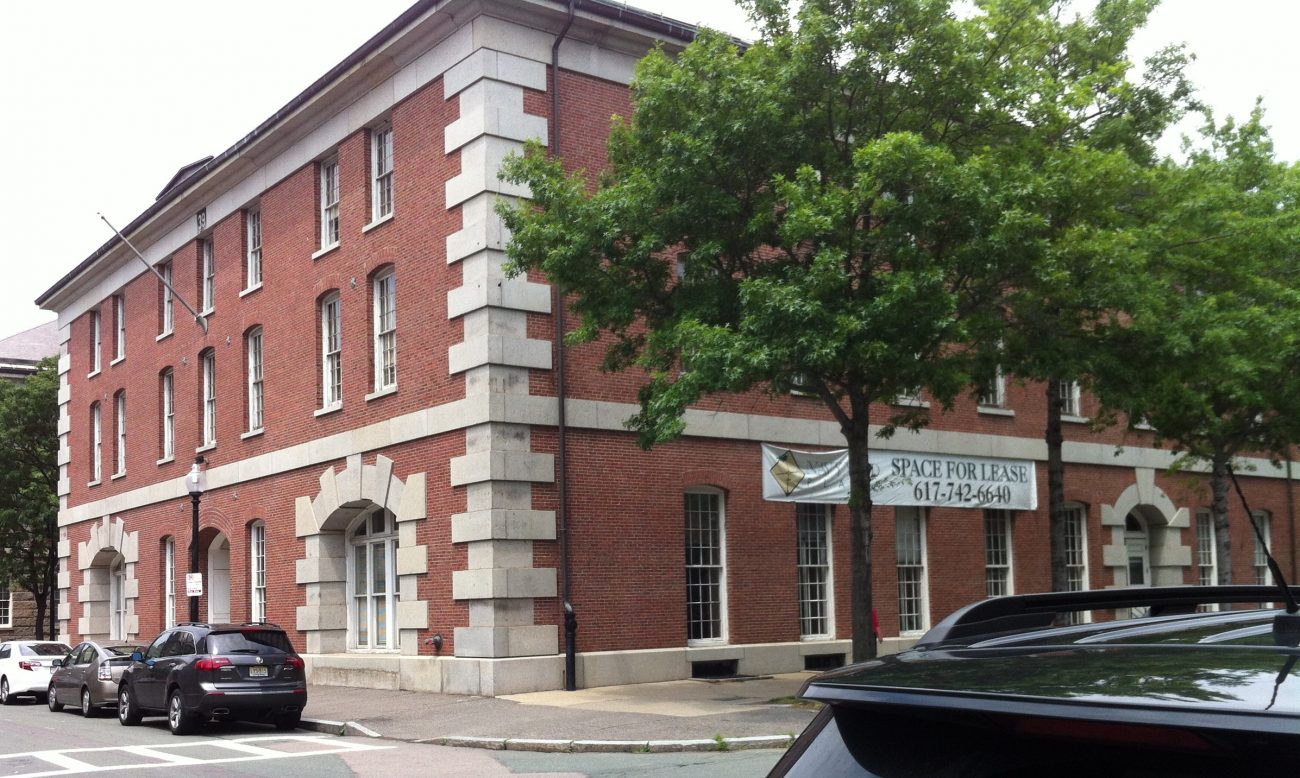 Ships at the Boston Navy Yard were constructed in two different methods. Ships could be constructed on shipways, with above-ground scaffolding, and launched “down the ways” into Boston Harbor. Ships could also be constructed in dry docks, large basins with a caisson at the end to keep the seawater out. To launch the ship, water was pumped through the caisson into the dry dock to float the ship. Then the caisson was removed, and the ship sailed out. Alternately, a ship could pull in to a flooded dry dock for repairs. The caisson was positioned, and water was pumped out. This was done on 17 May 2015 at the Charlestown Navy Yard for the restoration of USS Constitution. You can see a fun time-lapse video of the process here. Dry Dock 1 was constructed in 1833, and Dry Dock 2 in 1905. More were added later. 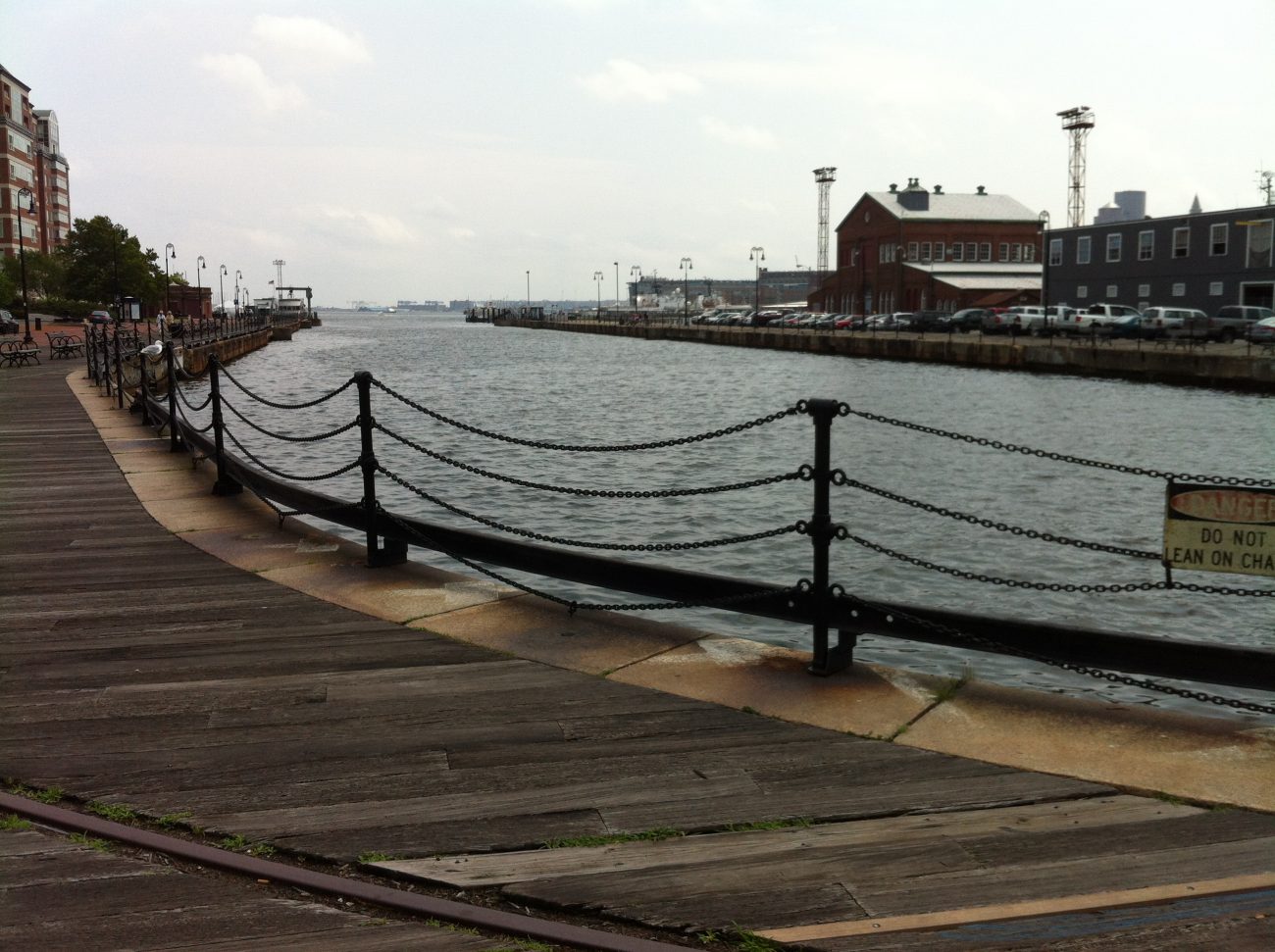 The base of Dry Dock 2 at the Charlestown Navy Yard, Boston (Photo: Sarah Sundin, July 2014) 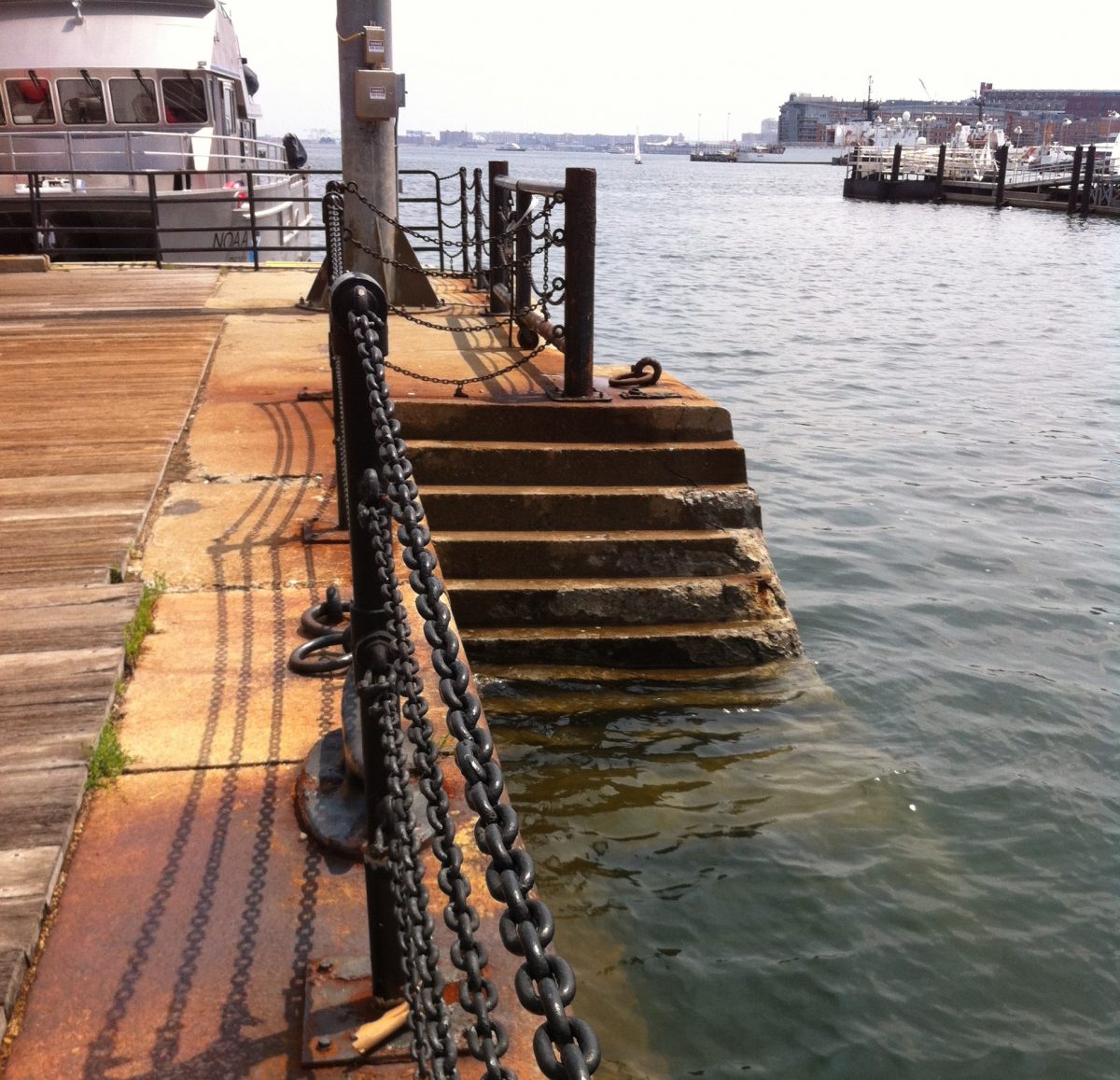 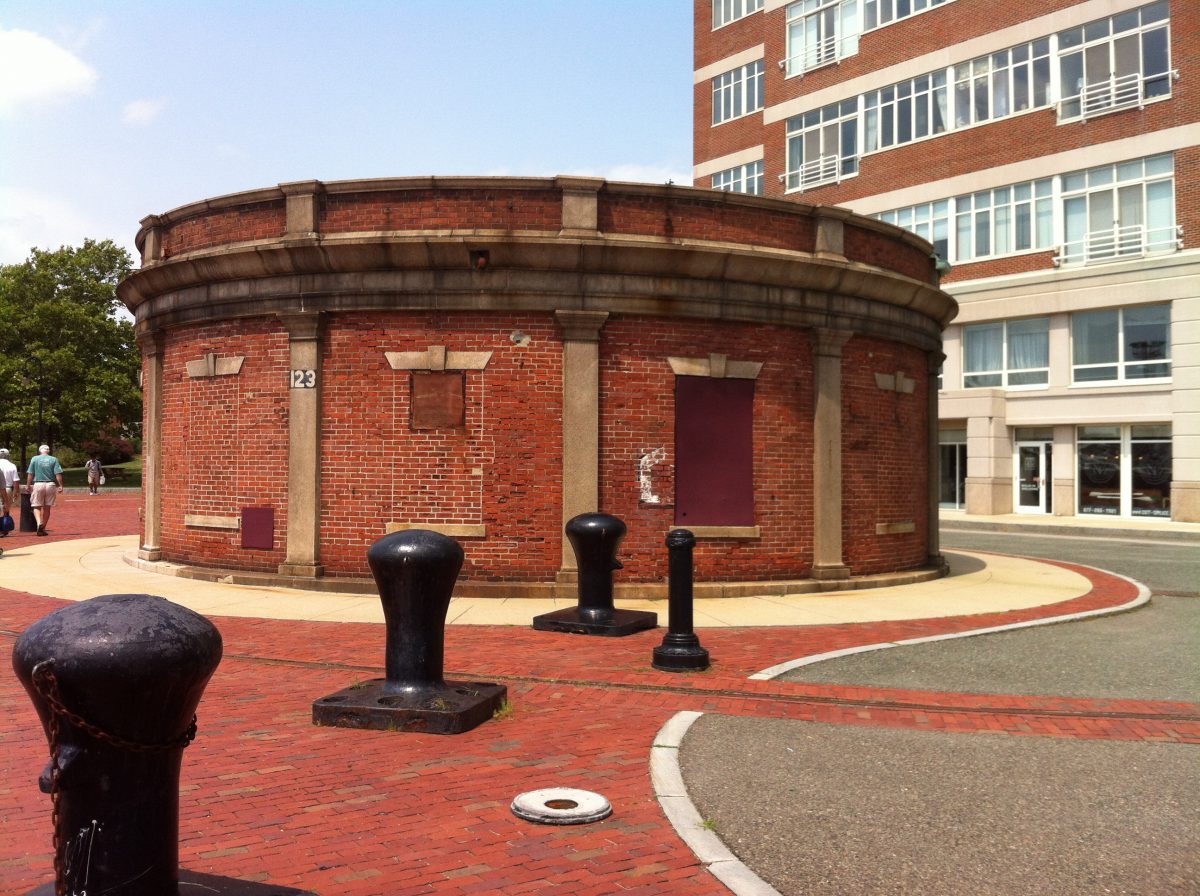 The Charlestown Navy Yard was responsible for the construction and repair of thousands of ships. From 1939-45, six thousand ships were constructed, repaired, or outfitted. At the start of World War II, women worked at the Navy Yard only as telephone operators or in clerical positions (like Mary). As the war progressed, women were hired for more types of jobs. At the peak in 1943, the Boston Navy Yard employed 50,000 people, 20 percent of whom were women. 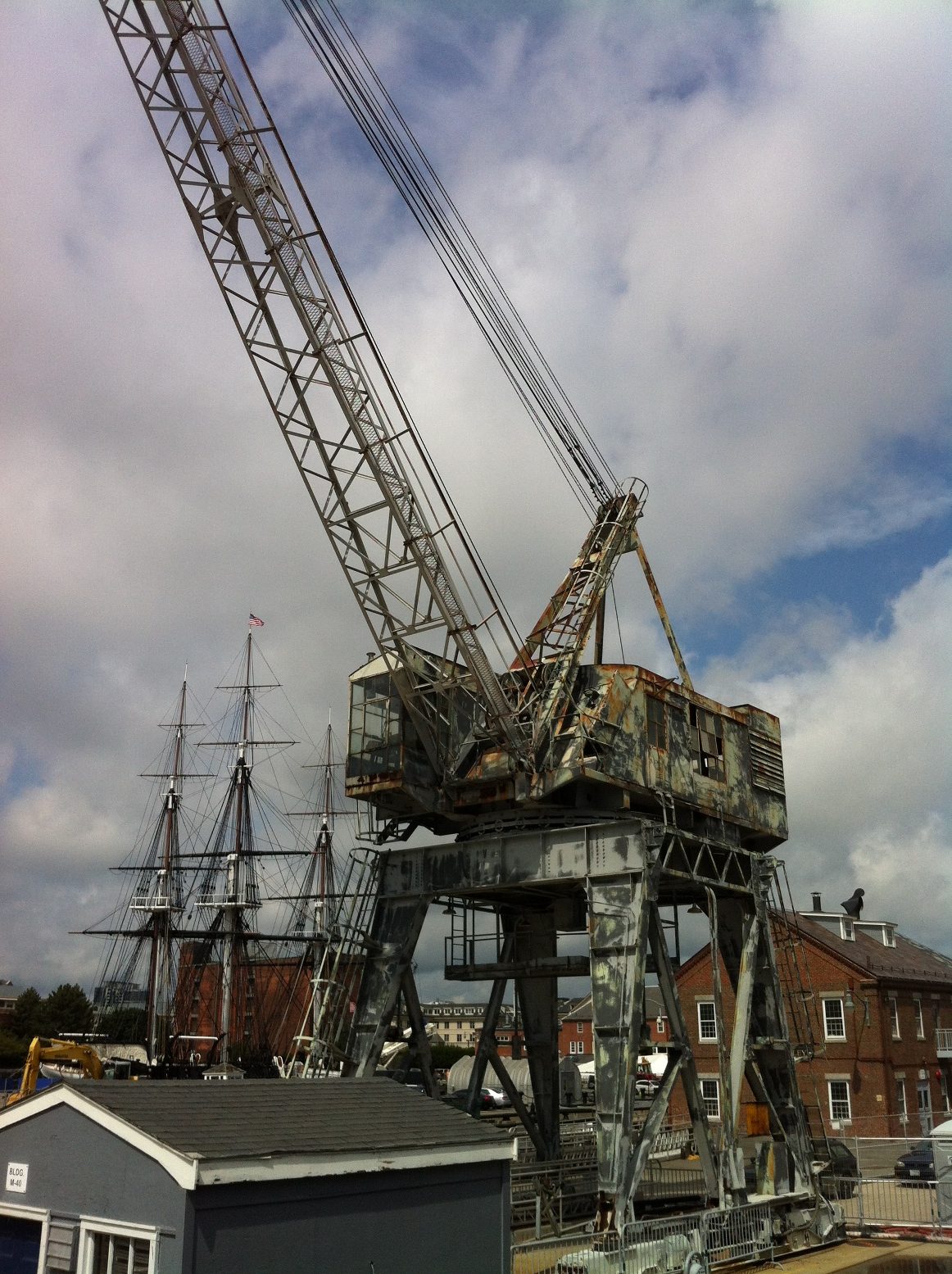 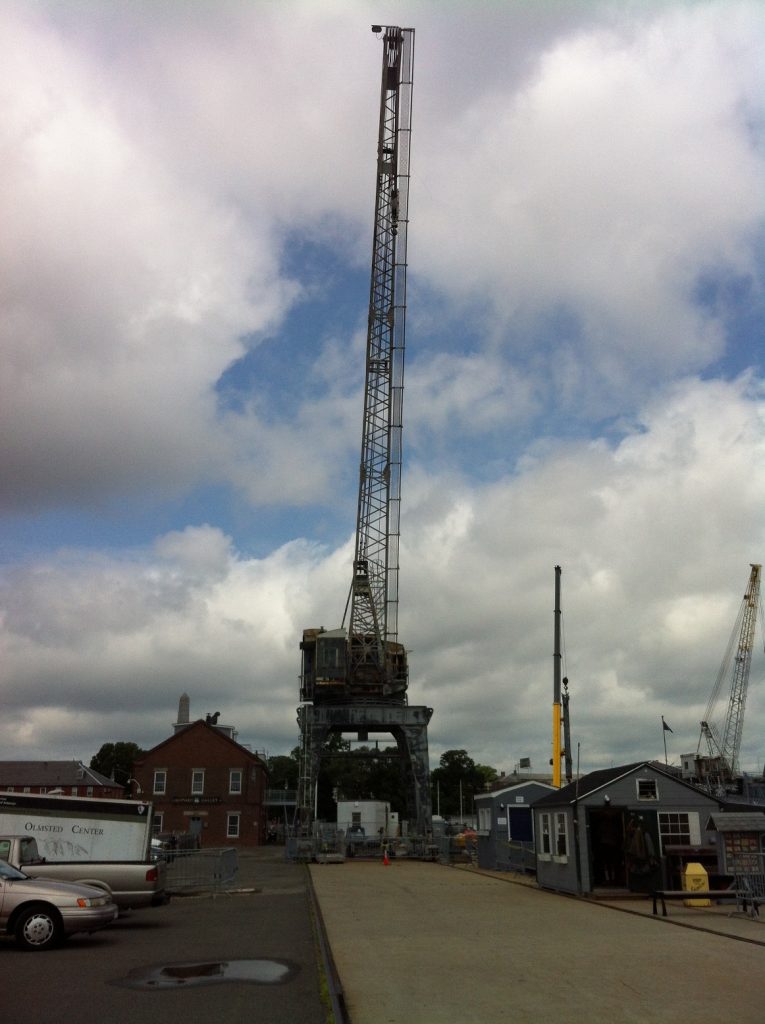 Today the Charlestown Navy Yard is an essential stop for the Boston tourist. The USS Constitution, flagship of the US Navy, has called Boston her home port since 1897 (see my post here), and the World War II era destroyer USS Cassin Young has been docked there since 1978 (see my post here). Both the Charlestown Navy Yard Visitor Center and the USS Constitution Museum are well worth a visit, especially with children. For fun, take the ferry from downtown Boston to the Navy Yard! 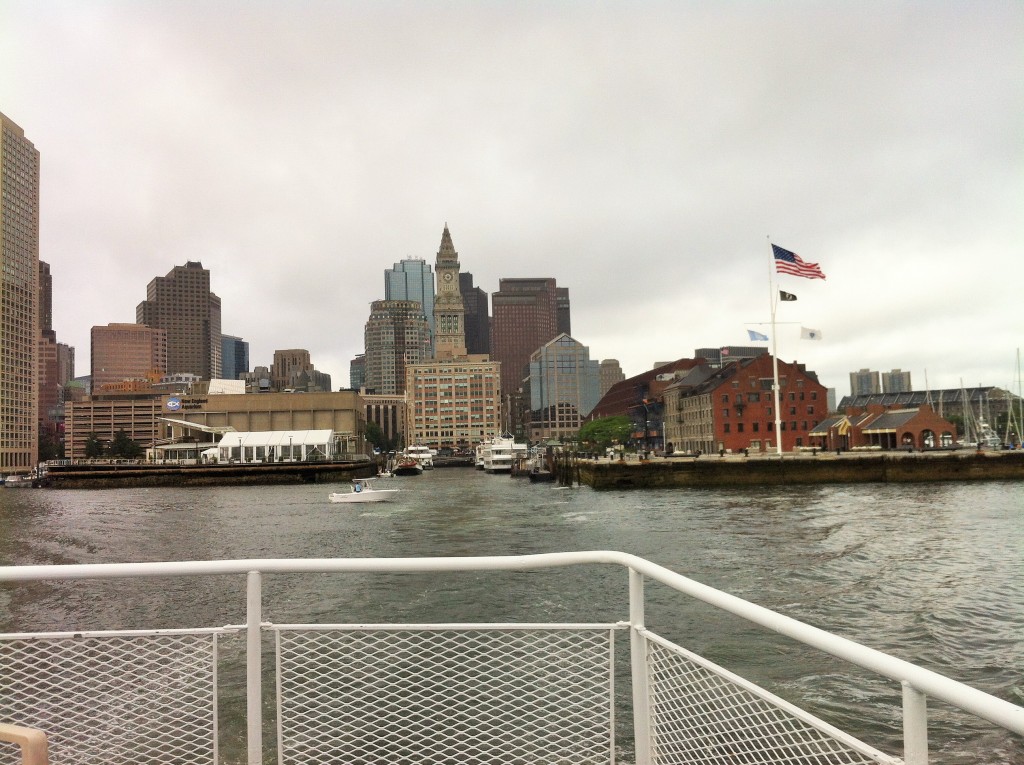 View of downtown Boston from the ferry, the Custom House in the center (Photo: Sarah Sundin, July 2014) 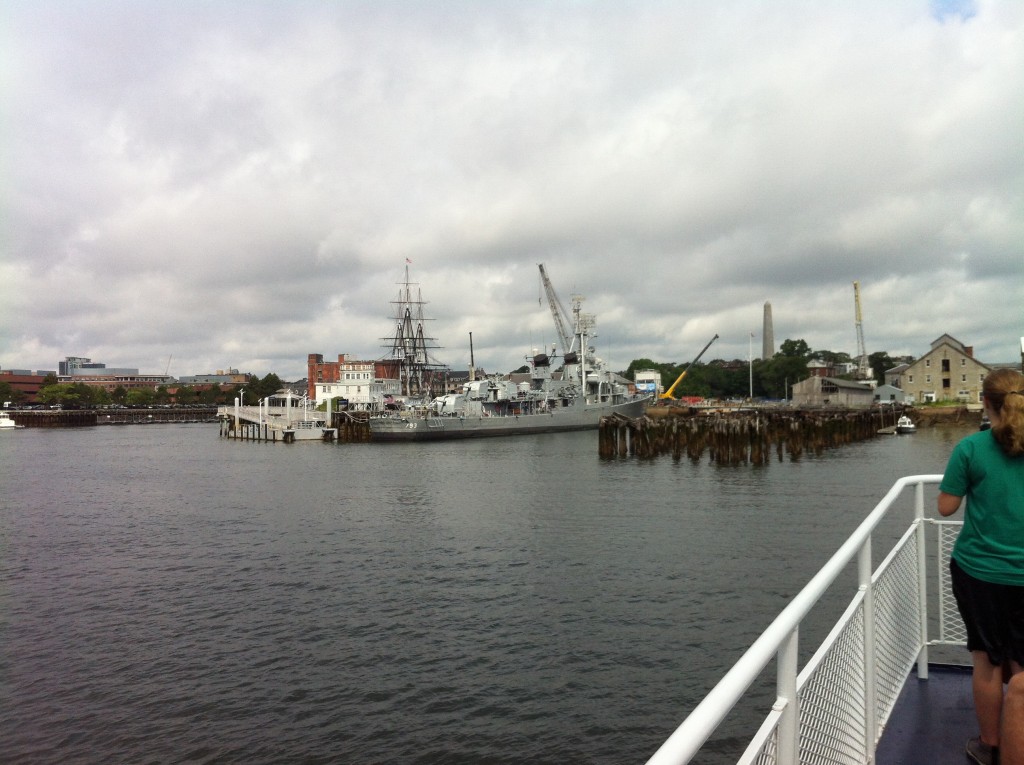 View of the Charlestown Navy Yard from the ferry, USS Cassin Young in the foreground, USS Constitution in the background. (Photo: Sarah Sundin, July 2014) 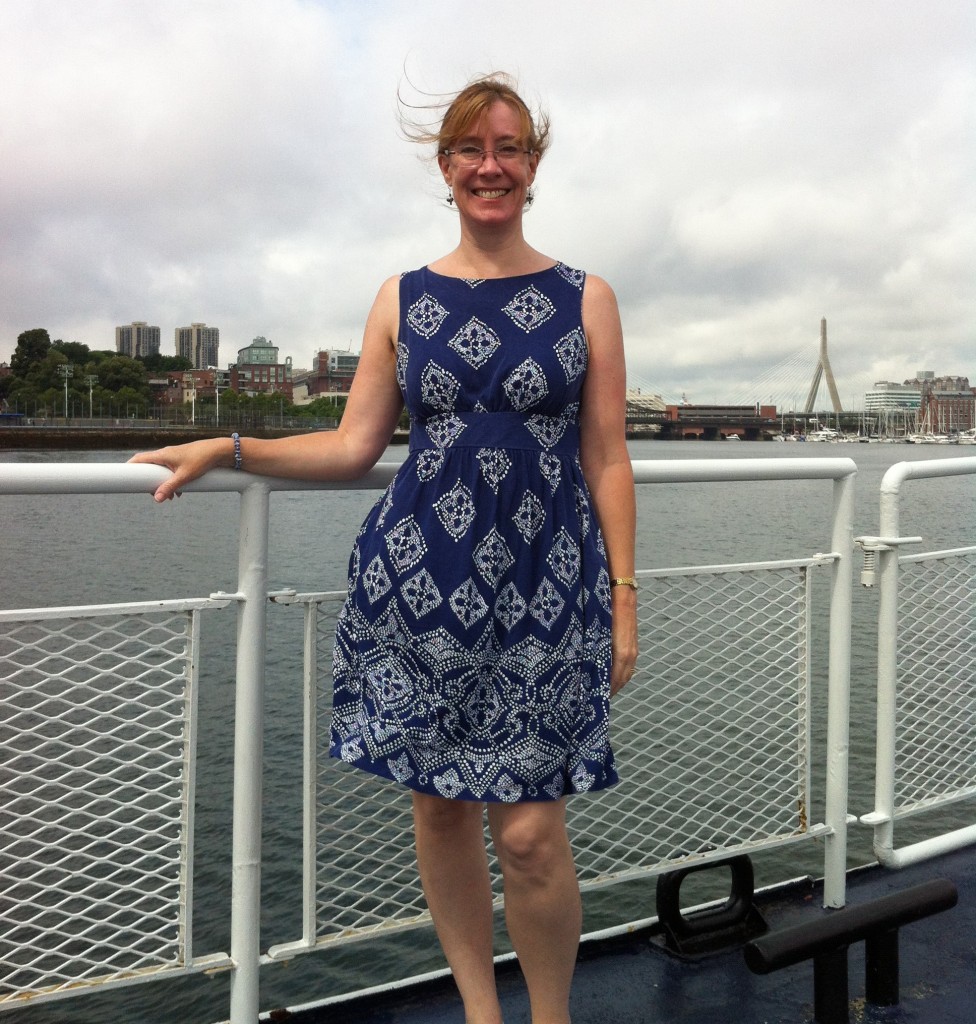 Sarah Sundin on the ferry to the Charlestown Navy Yard in Boston on a research trip, July 2014

64 Responses to “Through Waters Deep – Tour of Boston, Part 5”